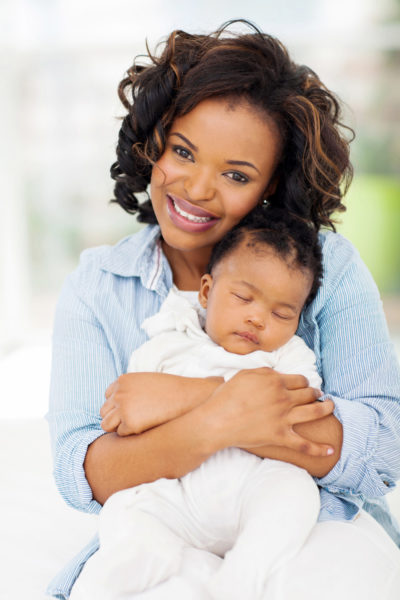 I remember sitting in the waiting room of the first clinic I used for infertility investigative tests, and noticing this good-looking couple. I remember thinking how incredibly pretty the woman was, and noticed how besotted they were with each other. After that first time, I saw them on a few more occasions, before I found my way back to my original Doctor. Only a few months in, and there they were again, here in this new hospital. By this time, I was too preoccupied with my issues and didn’t pay them too much attention. Fast forward about a year later, when I was pregnant and attending an ante-natal class when this same woman walked into the class, also heavy with pregnancy. Outwardly I might not have shown much emotion, but my heart was so glad at the sight of her also expecting. As the years went by, I sometimes wondered about this couple, and how things had ended for them.

Then a few weeks ago, my best friend called me and told me of this old school mate of ours she had run into at the supermarket. Somehow, they had started talking about infertility, the lady shared with her how she had had her child via IVF, and my friend told her about me, and my website. Someway, somehow this lady was able to piece together the puzzle and identified me as the woman who had been on the same fertility quest as she had been, coincidentally in the same hospitals. My friend gave me her number, I called, and we immediately recognized each other. I Googled her, just to make sure, and yep…it was the same pretty lady. We immediately made plans to see, and she and her son came to my house for a play date. It was amazing how neither of us had recognized each other from University, but had instead immediately noticed the other at the clinics. When she told me her story, I was so moved and immediately asked her permission to share it. Let’s call her Mrs. Darl!

“ We had been trying to have a baby for almost 8 years. My husband and I are Medical Doctors; my husband also has a post graduate degree in Assisted Reproductive Technology. So you can imagine our frustrations facing a challenge in an area where you are so knowledgeable. Our case was peculiar, we weren’t only trying to have a baby, I had a series of gynecological problems.

We got married in June 2004. I didn’t think getting pregnant was going to be a roller-coaster ride. We were nomadic in the early years of our marriage so I didn’t worry much that the kids weren’t coming, but sometimes it bothered me that without ever being on contraceptives I never got pregnant.

In March 2004, prior to getting married, I was diagnosed with uterine fibroids the size of a five-month pregnancy. That was the beginning of a long arduous journey for us. The fibroids were embedded in the muscle of my uterus (womb) making surgery a nightmare for any doctor. After 9 incisions on my uterus, doctors took the decision to leave remaining seedlings of the fibroids. This was to prevent uterine rupture in future when I get pregnant.

Subsequently I was placed on fertility pills and injections, but rather than get pregnant I got fat! I had taken on an administrative rather than clinical role, this was so I could pursue my quest to be a mom. I didn’t want any job that would require call duties so I could be home for times when we needed to ‘meet’ based on whatever fertility treatment we were having. Well, I was so wrong.

My administrative job was twice as hectic as a clinical job. I was constantly in the air, on land or water crisscrossing the nation ensuring all the health care providers we had partnered with were delivering quality services. Once, I even missed out on ‘meeting’ after taking hormonal injections! I decided to stop the drugs and all hospital visits by end of 2009. Up to this point we never sought a 2nd opinion. In March of 2010, the gynecologist we had been using invited us to his office to discuss the option of IVF. As we sat across the table from him, I heard that still small voice whisper to me never to return after we left!

And so we began our search for a new gynecologist and God ordered our steps to one of the finest in the field. When he learned of my previous surgeries, he decided to leave the fibroids in place and attempt IVF first; if that failed we’d have to take out the fibroids before repeating the IVF.

I commenced my first IVF cycle in March 2010. By the time I was due for egg collection in May, I had developed a life threatening complication as a result of hyper stimulation. This caused my blood vessels to leak fluid and blood into my stomach and my abdominal girth rose from 32cm to 104cm in less than 12 hours. I was admitted for observation, as there was no treatment other than to replace the fluids and electrolytes I was losing. My gynecologist went ahead and transferred the fertilized embryos. By the third day, I was in some respiratory distress and couldn’t breathe, so he had to drain the collection under ultrasound guidance. 3 litres of blood and fluid were drained. I quickly managed some ogi as I had not eaten for days. The fluid re-collected within 2 hours. Eventually I was discharged home but with my tummy still distended. I spent six weeks away from work.

We resumed our hospital visits in August. My gynecologist told us we needed to take out the fibroids as earlier advised. My husband refused vehemently. He was worried, afraid that something sinister might happen to me with the incessant surgeries. I could understand his fears. Boy, was I scared too?! But I had to stay strong and fight this battle. My husband said he’d only consider a minimally invasive surgery – a laparoscopic myomectomy. The problem with that was we had attempted it in 2009. The hospital we had been using at the time flew in a gynecologist from the UK to perform the procedure. After the conventional approach failed, he tried something else. He then aborted the procedure, warning that any attempt to remove fibroids using that method would be catastrophic. This was because he discovered my Fallopian tube and left ovary were sitting on top my uterus as a result of adhesions from previous surgeries.
I was able to convince my husband to consent to surgery. I knew God would see us through. Surgery was fixed for end of September. I went in the night before. My doctor told me he was going to use a spinal block and epidural rather than putting me to sleep. Ah, I was so relieved, but that was short lived. I got into the theatre and the battle started. They needed to ‘deliver’ my uterus and ligate (tie) the bottom to minimize bleeding during surgery. An hour into the surgery, they hadn’t succeeded in doing that. The doctors had an ordeal communicating because I was awake; I soon realized that could pose a problem so I requested to be put to sleep. That turned out to be the wisest decision I made as I was on the operating table for over 7 hours.

By the end of the surgery, my PCV had dropped to 15%. With a PCV that low, heart failure was imminent but I never showed signs or symptoms. Doctors kept taking blood samples and repeating my PCV check because they said the results didn’t tally with my clinical state. They sent me home 4 days after!

My doctor decided we should repeat IVF in December, but my husband asked that we delay till January so my body could recover. So January 2011 came with injections and hospital visits. Because I had over stimulated the first time, my doctor reduced the dosage of injections, which meant I had to take them for longer and go for frequent ultrasound scans to detect any fluid collection on time. The process was hitch-free.

The two-week wait before getting a pregnancy test were the longest two weeks of my life. We went in for our test in March and I was confirmed pregnant. Hearing that for the first time in my life was so surreal. We went for antenatal visits more frequently than the conventional schedules. My scan showed we were having twins….yay! Subsequent scans showed that one of the babies was growing into my Fallopian tube and there was a risk of an ectopic pregnancy. Which meant both babies and I were at risk. The second baby stopped growing and by the time I was having my first anomaly scan there was absolutely no evidence of a second baby ever being present! That was a miracle because I could have lost both babies or needed an evacuation.
God saw me through almost eight years of childlessness and seven surgeries and on Thursday, November 10 2011, Tickles made his debut onto the world stage. He is a joy to behold!

Today I am a joyful mother, all the years of pain forgotten as I behold my son. Through it all, God constantly reminded us of His love and promises. For every woman holding on to God and His word for this kind of miracle, He will surprise you sooner than later!”

At the end of our play date, we took dozens of pictures of Mrs. Darl’s son “Tickles” and my girls, and proceeded to flood our respective social media platforms with them. Watching them play, I had tears in my eyes. If anybody had told me all those years ago, when we were steeped in worry and despair, that we would be happy Mothers one day, we probably wouldn’t have believed it. But here we are today, planning even more play dates. God is so awesome.
Whatever your situation, whatever your challenge, whatever your diagnosis, never give up hope. Your joy might be on its way sooner than you think!

Have a great week, everyone! Baby dust to all!

Atoke’s Monday Morning Banter: Cinderella Had To Go To The Ball