David Adeleke: How to Make the Most of Negative Feedback 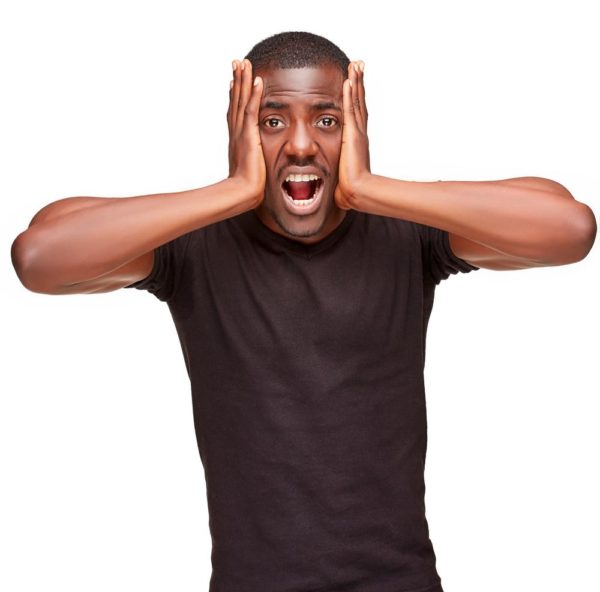 Negative feedback isn’t really a bad thing. Of course, it usually hurts, especially when it is invective, but it can be a good thing for you.
According to the April 2007 edition of the Harvard Business Review, you need to find gold in the toxic feedback…the trick is learning to extract and decode the meaningful stuff and turn it into something usable.

In this article, I have highlighted a 6-step process for maximizing negative feedback. But first, I will share an experience with you:

A few days back, at work, we were given a simple assignment to read through some documents, and generate tags and key questions for them. The purpose was for indexing these documents on a website. I worked on a sample and sent it as an attachment in an email to my boss. The reply came early the next morning and it threatened to spoil my day. Basically, the implication of the reply was that I wasn’t deep-thinking or even thinking enough and that my lexical ability was being questioned. It hit me like a stray baseball hit into the crowd. Now, here’s the thing. I pride myself in thinking a lot, and being able to write well. I feel those are my strengths. So, for someone to tell me that I wasn’t doing them well or enough was shocking. Mind you, I hadn’t re-read my own sample. But honestly, the email pissed me off. I was tempted to reply the email rudely but commonsense prevailed.

On getting to the office, I opened the document I had sent and immediately started to laugh at myself. I saw my own errors and felt foolish. ‘How could I have sent such rubbish?!’ I asked myself. I saw my work and knew it was really beneath my own standards. Best believe that since that day, I read documents twice before letting them go. I don’t have emotional room for a second lashing of the nature of the first. Just imagine if I had been stupid enough to reply that email rudely.

Now, I learned to use negative feedback to my advantage. A lot of people don’t know how to do this. And even though negative feedback comes in variations (different forms and magnitudes) the process for getting the best out of them is the same. The idea for this article came from the edition of Harvard Business Review I referenced above, so it’s pretty solid advice I’m giving you.

1. Separate the feedback from the source. This is just so you won’t harbor ill feelings towards its source. If you don’t do this, you’ll find that your behavior towards the person will begin to change negatively and your relationship with him/her will deteriorate. Remember, relationships are very important to our thriving or surviving in life.

2. Understand that is perfectly okay to be offended by the feedback. You are human and you have emotions. And as much as some of us would like to be Spock (of Star Trek) and be emotionless, we aren’t. I have been hurt deeply by some of the feedback I have gotten from people in the past (someone once called me ‘power drunk’ when I was a student leader) but I have tried to learn and move on from them. So, you should be offended by negative feedback. If you aren’t, then please check yourself (you may be an alien, who knows).

3. The next thing to know is that you shouldn’t take it to heart. Yes, you will be offended by the feedback, but you shouldn’t take it to heart. Don’t use that singular opinion or review of your work be the yardstick with which you determine your own abilities or competence. You made one mistake, that doesn’t make you entirely stupid or useless. Some people love to beat themselves over the head with a stick, using the negative feedback as an excuse to sulk; please do not do that. If I could, I’d come over there and slap some happiness into you.

4. Don’t be defensive. Some people have mastered the art of defense (like Jose Mourinho). You shouldn’t be defensive with feedback that doesn’t favour you. You need to be objective about things such as this. If you are defensive about negative feedback, you could be harming your own performance and stalling your improvement in a certain area. So, don’t ignore feedback probably because you think you are better than what you heard or something like that.

5. Put things in proper perspective. To do this requires objectivity. You need to focus on your strengths and abilities and look at how the feedback can add value to that. For me, objectively looking at the feedback has helped improved my grammar and reasoning. Your feedback situation would be different from mine but you must look at it without distortion. Ask yourself (or some close friends), ‘how can this feedback strengthen my strengths and make me better?’

6. Finally, extract the important information from the feedback and discard the rest. Look for the needful things and do away with the insults (if any) or the snarkiness of it thereof.

So, there you have it, my proven method for making good use of feedback. Once you master this process, you will find that feedback and opinions of people won’t really offend you anymore, they’ll just be helping make you better. As Vince Lombardi said, ‘perfection is not attainable, but by pursuing it we can attain excellence.’

AnuOluwapo Adelakun: Justice for the Prostitute

David I. Adeleke is a personal development writer and blogger. He is the main author on www.davidadeleke.com where he is currently running a #100DaysofGrowth series.Follow him Twitter: @DavidIAdelekeYou can also like his Facebook page: David Adeleke’s Blog