Facebook Chief of Operations Sheryl Sandberg lost her husband, Dave Goldberg, CEO of Survey Monkey, in a gym accident on holiday, a month ago. The 47 year old was found on the floor near a treadmill at a resort in Mexico.

The late Dave was the first person to show Sheryl the internet, and together, they built a life with their two children.

In a Facebook note shared yesterday, the tech exec reflected on love and loss with these profound words. The post has resonated with a lot of the website’s users, generating hundreds of thousands of likes and comments of support. 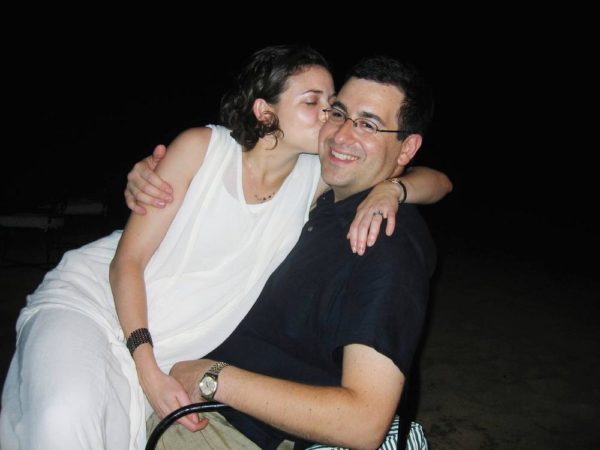 A childhood friend of mine who is now a rabbi recently told me that the most powerful one-line prayer he has ever read is: “Let me not die while I am still alive.” I would have never understood that prayer before losing Dave. Now I do.

I think when tragedy occurs, it presents a choice. You can give in to the void, the emptiness that fills your heart, your lungs, constricts your ability to think or even breathe. Or you can try to find meaning. These past thirty days, I have spent many of my moments lost in that void. And I know that many future moments will be consumed by the vast emptiness as well.

But when I can, I want to choose life and meaning.

And this is why I am writing: to mark the end of sheloshim and to give back some of what others have given to me. While the experience of grief is profoundly personal, the bravery of those who have shared their own experiences has helped pull me through. Some who opened their hearts were my closest friends. Others were total strangers who have shared wisdom and advice publicly. So I am sharing what I have learned in the hope that it helps someone else. In the hope that there can be some meaning from this tragedy. 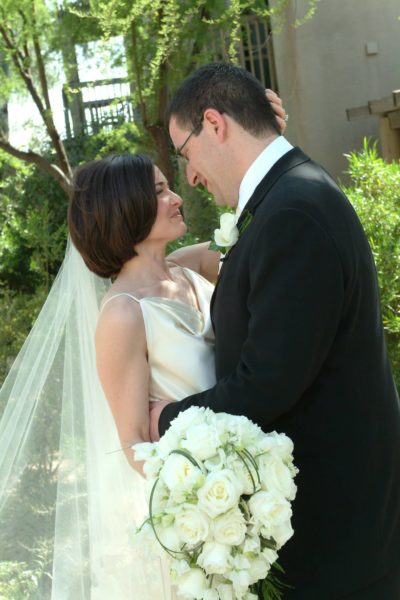 I have gained a more profound understanding of what it is to be a mother, both through the depth of the agony I feel when my children scream and cry and from the connection my mother has to my pain. She has tried to fill the empty space in my bed, holding me each night until I cry myself to sleep. She has fought to hold back her own tears to make room for mine. She has explained to me that the anguish I am feeling is both my own and my children’s, and I understood that she was right as I saw the pain in her own eyes.

I have learned that I never really knew what to say to others in need. I think I got this all wrong before; I tried to assure people that it would be okay, thinking that hope was the most comforting thing I could offer. A friend of mine with late-stage cancer told me that the worst thing people could say to him was “It is going to be okay.” That voice in his head would scream, How do you know it is going to be okay? Do you not understand that I might die? I learned this past month what he was trying to teach me. Real empathy is sometimes not insisting that it will be okay but acknowledging that it is not. When people say to me, “You and your children will find happiness again,” my heart tells me, Yes, I believe that, but I know I will never feel pure joy again. Those who have said, “You will find a new normal, but it will never be as good” comfort me more because they know and speak the truth. Even a simple “How are you?”—almost always asked with the best of intentions—is better replaced with “How are you today?” When I am asked “How are you?” I stop myself from shouting, My husband died a month ago, how do you think I am? When I hear “How are you today?” I realize the person knows that the best I can do right now is to get through each day.

I have learned some practical stuff that matters. Although we now know that Dave died immediately, I didn’t know that in the ambulance. The trip to the hospital was unbearably slow. I still hate every car that did not move to the side, every person who cared more about arriving at their destination a few minutes earlier than making room for us to pass. I have noticed this while driving in many countries and cities. Let’s all move out of the way. Someone’s parent or partner or child might depend on it.

I have learned how ephemeral everything can feel—and maybe everything is. That whatever rug you are standing on can be pulled right out from under you with absolutely no warning. In the last thirty days, I have heard from too many women who lost a spouse and then had multiple rugs pulled out from under them. Some lack support networks and struggle alone as they face emotional distress and financial insecurity. It seems so wrong to me that we abandon these women and their families when they are in greatest need.

I have learned to ask for help—and I have learned how much help I need. Until now, I have been the older sister, the COO, the doer and the planner. I did not plan this, and when it happened, I was not capable of doing much of anything. Those closest to me took over. They planned. They arranged. They told me where to sit and reminded me to eat. They are still doing so much to support me and my children.

I have learned that resilience can be learned. Adam M. Grant taught me that three things are critical to resilience and that I can work on all three. Personalization—realizing it is not my fault. He told me to ban the word “sorry.” To tell myself over and over, This is not my fault. Permanence—remembering that I won’t feel like this forever. This will get better. Pervasiveness—this does not have to affect every area of my life; the ability to compartmentalize is healthy.

For me, starting the transition back to work has been a savior, a chance to feel useful and connected. But I quickly discovered that even those connections had changed. Many of my co-workers had a look of fear in their eyes as I approached. I knew why—they wanted to help but weren’t sure how. Should I mention it? Should I not mention it? If I mention it, what the hell do I say? I realized that to restore that closeness with my colleagues that has always been so important to me, I needed to let them in. And that meant being more open and vulnerable than I ever wanted to be. I told those I work with most closely that they could ask me their honest questions and I would answer. I also said it was okay for them to talk about how they felt. One colleague admitted she’d been driving by my house frequently, not sure if she should come in. Another said he was paralyzed when I was around, worried he might say the wrong thing. Speaking openly replaced the fear of doing and saying the wrong thing. One of my favorite cartoons of all time has an elephant in a room answering the phone, saying, “It’s the elephant.” Once I addressed the elephant, we were able to kick him out of the room.

At the same time, there are moments when I can’t let people in. I went to Portfolio Night at school where kids show their parents around the classroom to look at their work hung on the walls. So many of the parents—all of whom have been so kind—tried to make eye contact or say something they thought would be comforting. I looked down the entire time so no one could catch my eye for fear of breaking down. I hope they understood.

I have learned gratitude. Real gratitude for the things I took for granted before—like life. As heartbroken as I am, I look at my children each day and rejoice that they are alive. I appreciate every smile, every hug. I no longer take each day for granted. When a friend told me that he hates birthdays and so he was not celebrating his, I looked at him and said through tears, “Celebrate your birthday, goddammit. You are lucky to have each one.” My next birthday will be depressing as hell, but I am determined to celebrate it in my heart more than I have ever celebrated a birthday before.

I am truly grateful to the many who have offered their sympathy. A colleague told me that his wife, whom I have never met, decided to show her support by going back to school to get her degree—something she had been putting off for years. Yes! When the circumstances allow, I believe as much as ever in leaning in. And so many men—from those I know well to those I will likely never know—are honoring Dave’s life by spending more time with their families.

I can’t even express the gratitude I feel to my family and friends who have done so much and reassured me that they will continue to be there. In the brutal moments when I am overtaken by the void, when the months and years stretch out in front of me endless and empty, only their faces pull me out of the isolation and fear. My appreciation for them knows no bounds.

I was talking to one of these friends about a father-child activity that Dave is not here to do. We came up with a plan to fill in for Dave. I cried to him, “But I want Dave. I want option A.” He put his arm around me and said, “Option A is not available. So let’s just kick the shit out of option B.”

Moses Obroku: Once is Enough