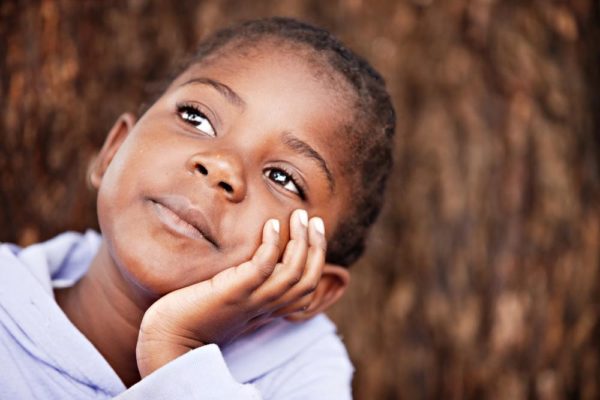 “What happened to me was traumatic….”

“….He was a policeman and he would show me a gun every morning threatening that he would kill me if I told anyone and I believed him….”

“My rescue came on the day I gave my life to Christ and while counselling, the pastor who I had never met before, said Tonia, your uncle is sexually abusing you and you don’t know what to do. He said this night, you are going to scream so that everyone will wake up and when they wake up, pretend that it was a bad dream so he will know that you can shout now. …I did as instructed and when everyone woke up I pretended it was a bad dream …The following morning, he looked at me up and down and walked away. That was the day it ended because he was wondering where I got the boldness to shout from.“

This is the story of a child sexual abuse victim of 1…5….13 whole years. I watched Tonia’s story on Nigerian TV a couple of months ago, and it lead me to an extensive research on the subject of child sexual abuse. I looked at interviews with paedophiles and victims; read several articles from experts like, Dr. Howard Fradkin and victims stories on BellaNaija  The objective was to educate my Sunday school children and their parents. The results have been astounding and I decided to share in the hope that it will save another child

Here are 7 things every parent (In fact, every one) should know about child sexual abuse.

Abusers’ profile
Studies have shown that only 10% of child molesters are strangers. 90% of all child sexual abuse victims know their abusers. They are often cousins, uncles, aunts, domestic staff, neighbours, fathers and even mothers.

Victims’ profile
Abusers often target vulnerable children – misfits, children with low self-confidence ,single children, shy children and most especially those with little parental supervision and love. Nevertheless, every child is a target depending on the respective abuser.

Grooming period
This is the period between which the abuser picks his target and the start of the abuse. This period is used to gain the trust of the victim. Remember this is not child rape which is usually a one-off act, it is abuse. The abusers need to ensure that they till the soil for their continual pleasure over a long period of time. The best way to do this is to make the molestation feel good for the victim, thereby confusing the child into blaming his/herself. During this time, the abusers shower the child with money, gifts, compliments and lots of attention to create a bond between them. Once the emotional bond has been established, they move on to establish the physical bond. To do this, they create a situation where they are alone and initiate (Sometimes through “games”) hugs, kiss on the fore head, shoulder massage, back scratching, flashing of the genitals etc. The abuse often starts after this.

There are also cases where the abuser doesn’t go through the above procedure and starts with the abuse head on using intimidation, fear and emotional blackmail on the victim.

The role of the parent
When your child tells you someone touched me, believe them. They wouldn’t tell that kind of lie on such personal issues. Anytime they insist on not going to a particular neighbour’s house, or cringe when a particular uncle tells them to sit on his laps (They shouldn’t even be sitting on anyone’s laps in the first place) be on the alert. Keep your eyes open and lovingly quiz them for more information. Shouting at them to obey is the last thing you should do as that peels off layers of trust they have in you and reduces the chances of them speaking out.

Ensure you start educating your children as soon as they can say a…b….c, on the parts of their body that no one is allowed to see or touch and explain reasons why they should report to you immediately someone touches them in these areas. Trust me, toddlers are not too young to be taught in bits. I still can’t get over my shock in 2005 watching a woman weep profusely on NTA Newsline after she discovered her husband had penetrated their 18 month old toddler.

Most importantly, make sure you always re-assure your children of your love for them, build a good relationship with them to enable you earn their trust so they can tell you everything that is going on in their lives. Parents should also play an active role by asking them for details of their day, how they feel about a certain uncle or domestic help e.g. I want to sack the house help, do you think I should? Ladi, (a family friend/neighbour’s son) has been coming over more and more these days without his sister, is there a new game you’ve been playing together? Tell me what you did today, step by step. Also ask regularly if they are feeling pains in any part of their body particularly their genitals.

Preventing child sexual abuse
Child sexual abuse can only thrive in secrecy and fear. That is the bread, butter, jam and tea, the monster feeds off. Child victims can end the abuse by speaking out. There are various other ways a child can protect his/herself when the abuser strikes: Run, scream till someone hears, Say an affirmative no and inform the abuser that they will tell their parents. If the abuser has them in a tight corner, they can struggle with the abuser, kick the abusers genitals in self defense, to cause imbalance and reflex release, giving them room to run (That is of course if a child can muster this level of courage). Children have different temperaments and may be unable to take most of the actions above. It is the responsibility of the parents to advice children based on their temperaments and also do their best possible to instil confidence and boldness in a child.

Signs of abuse
Here are some behavioural changes that occur in children that have been abused: withdrawal, rebellion, tantrums, bedwetting, nightmares, depression, resists clothing being removed or being showered for, lack of appetite, voracious eating. Children also become overtly affectionate or knowledgeable in a sexually inappropriate way for the child’s age, dressing sexually to attract men, draw sexually explicit pictures, pain in the genitals, among others.

Have the child examined by a doctor, report to the police and NGO’s channelling the cause. These Ngo’s have support groups and therapists who have professional tools to help children heal.

This is a cry to all parents, aunts, uncles, sisters, brothers, cousins, family friends and neighbours to be alert!! Child sexual abusers are right here in our midst and it is our collective responsibility to protect children from them.

Do you have any additions, subtractions, multiplications or divisions? Did you escape sexual abuse as a child? Or were you abused as a child? Please share your story and how it stopped, you may just help save another child.

So Inspiring! 99 Year Old California Woman Fulfills Her Dream of Graduating from College

Edge or Duos? Own the Future Today, Get your Samsung Galaxy S6 Now!