Wandoo Ityavyar: Would You Give Up Suya to Go Vegan? 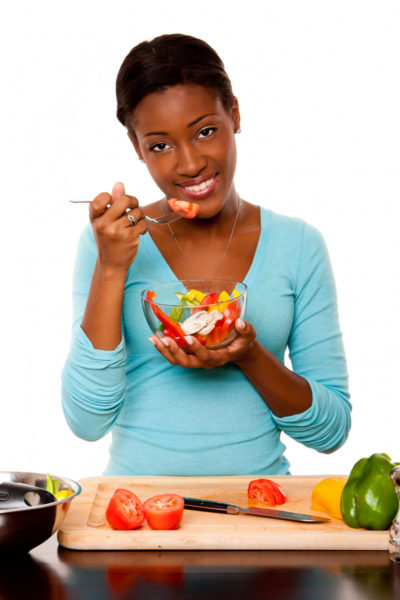 What is the hardest thing you have ever done? Surely being vegan will never be one of them because being vegan is EASY (but maybe a tad challenging in Nigeria). Whether it is dodo and gizzard, suya, nkwobi, meat pie, pepper chicken, amongst others, it’s not easy to escape meat in Nigeria. Not to talk of how disappointed your grandmother in the village will get if you refused to eat the roasted goat she prepared specifically for you.

Why go vegan you might ask? In fact the big argument that comes up in discussions with my friends is that: my grandfather lived until he was 120 and he was certainly not vegan. .It is quite likely that you didn’t inherit your granddad’s exact DNA. There’s always stories about people who lived up to 90 years and beyond who ate a diet of predominantly animal products. However banking on DNA to save you is like crossing a busy street at a red light. If a few people are crossing a busy four way street at a red light, naturally some people will survive unscathed. It is the luck of the draw. However most people will end up as road kill.

According to worldlifeexpectancy.com, Coronary heart disease is the fourth most prevalent cause of death in Nigeria. There has been strong evidence suggesting the correlation between erectile dysfunction and heart disease. Simply put, erectile complications are often a precursor to heart disease. According to Caldwell Esselytn, prolific heart doctor who wrote “Preventing and reversing heart disease,” plant based nutrition offers the optimal opportunity to avoid disease- and to restore erectile capacity. Other diseases like diabetes, cancer and Alzheimer’s disease are just as common in Nigeria these days. As Esseltyn suggests, ‘Coronary heart disease need not exist, and if it does it need not progress.’ That holds true for all other diseases of affluence, namely diabetes, cancer and Alzheimer’s disease which are caused by over consumption of animal protein. Initially diseases of affluence only plagued people from western cultures. However many developing countries are catching up to America and starting to eat similar diets. Hence the increasing rate of diseases of affluence.
A prime example of someone who has maintained her youth with the vegan life style is Annette Larkins. Annette Larkins is a raw vegan (someone who eats only raw fruit and vegetables) who is 70 years old but doesn’t look a day over 40. She credits her natural good looks/health to her diet. She has been raw vegan for over 20 years. Her husband who is an 80 year old meat eater looks his age or perhaps older. Annette’s husband says people often mistake him for her grandfather when they are out and about.

Veganism is the elixir of life. It’s the closest the human race has ever gotten to immortality. Many an omnivore might counter this argument by saying that they rather live a short and sweet life eating meat than give up meat and live forever. Whatever is worth doing is worth doing well. Since you are already on the planet you might as well still be able to go jogging when you are 100 years old. However life is unpredictable and although veganism ensures a fountain of youth, what made me become vegan was digestive problems. Once I became vegan, everything changed, that was my selling point. As humans, we all have one condition or the other we can alleviate by eating a vegan diet. I have personal examples of people who have and continue to avert disease and thrive on a predominantly plant based diet. My aunt had serious coronary heart issues and I encouraged her to eat an 80% plant based diet. She is off her meds now and hasn’t been to the doctor in ages. My chef sister, who is @abujachef on Instagram isn’t fully vegan yet, but she swears by the raw till four diet. This is the diet where you eat all raw fruits and vegetables before four and eat a cooked starch after 4. Raw till four is an incredible way to transition into veganism.

Whole, fresh, ripe, raw, organic fruit and vegetables are the most optimal food for human consumption. If the Garden of Eden is any indication of how the creator intended for us eat, then by that alone raw veganism gains credibility. The benefits of eating raw are numerous, such as maintaining a healthy weight, turnaround time for digestion will be between 12-24hrs as opposed to the 72 hours red meat takes to digest in your colon. However, if raw vegan sounds too hard core for you, being simply vegan is good enough.

As Nigerians, I know our swag is very important to us. If you are not too cool for your own health, here are some pointers than can help you transition into a vegan life style or just eat healthier.
• No animal products of any kind.
• Naturally deep frying should be banished from your kitchen vocabulary as free oils are the devil on this diet. More favorable techniques are grilling, steaming and boiling.
• Cholesterol and fat in animal products which clog up the arteries and head to other parts of the bodyincluding the penis which can lead to impotence. Eating a whole plant-based diet is more effective than Viagra, Cialis or Levitra for men. As much as possible, cook everything without oil. All plant foods contain fats. Strawberries, 5%; bell peppers, 6%; spinach, 11%; soybeans, 41%. Getting your fats from plants means you will be getting healthy monounsaturated and polyunsaturated fats as opposed to dangerous saturated.
• Eat till you are satiated. You don’t need to count calories as long as you are eating complex carbohydrates with no free oils added to them