Oyin Samuel Oludipe graduated from Babcock University with a 4.71 GPA – First Class Honours. He traced his love for communication, and literature to his childhood, when his mother indulged his love for being in the library. With Wole Soyinka as his role model, his joy knew no bounds when he got into University in 2011 to study Mass Communication. Overcoming the challenge of being constantly misunderstood because of his baby face, Oyin earned the place of Best Graduating Student in Mass Communication.
We hope you enjoy his story as much as we did. 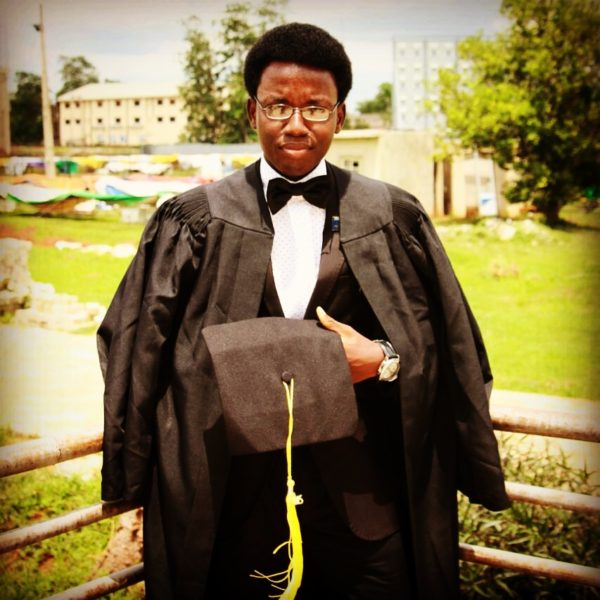 Life as a Freshman
I started my first year on a very grim note, on a diet of mockery and entanglements of esteem. The accompanying experiences were hostel taunts, bold gossips, a curt road barrage of questions from students and then lecturers; some of whom, upon a close encounter, quickly digressed from my assignments and term papers to talk about my face! It was as though I had become the seventh wonder of this world, as though my entire presence had mutated into a single surprising face, discarding from its transformation every other part of me like the words I had to speak, the works I had to show or the impression I had to make.

Doubts
My doubts were my greatest challenge. They virtually crushed me. I was fighting face wars, cowering beneath everyone’s unbelief in me (save a very few distant friends); I was grappling with hostel realities; I was struggling with tests in some of my core courses – especially news-writing. A lecturer had even said in class, ‘Samuel, you won’t make a good news writer. You write short stories, not news.’ I had always been a passionate writer, but I was new to this kind of writing. Its many principles were alien to me and I was faltering. I had not expected these.

After several futile attempts to please, I took umbrage at my sudden incapacity. In the meantime, I decided to ease off, to tread familiar grounds and please myself. I joined a Sketch House, a drama troupe and a poetry clique – these were places of early therapy, places where I could do the things I love: draw, oversee plays and write poems. Even while I was in class, I would sometimes be seen either sketching forms or jotting scraps of poetry. At night, I listened to Asa, Olan Mill or Darin Sysoev. (I also love soul music and classics)

All the while, I was running from my fears until one morning—studying my Bible—I encountered a passage (Mark 9:23). It read, ‘All things are possible to him who believes’. The next day, my parents rang me and told me sweet things, ‘We believe in you; believe in yourself. Anything you do, be wise and put in your best effort.’ Scaling the First Hurdle
Surprisingly, I survived my foremost semester with a GPA of 4.71. I can still remember the vivid pride that glowed on my parents’ faces. I once looked into a mirror and saw a reflection of that pride on mine. I was so happy and close to tears.

Naturally, there were shocked yet positive remarks; a wave of awe, distant yet redemptive. It was my open sesame yet I knew I was not satisfied. I am never satisfied with academic self-gratifications. They merely start and end with self. I knew I was in urgent need of an alpha code which would transcend 4.71 and the finiteness of its glory. Then it came to me: be relevant! I felt it was indeed possible to be extraordinary and still be irrelevant. And that, to me, is the ultimate paradox of the gifted.

The quest for relevance was not a restitution strategy, I assured myself. On the contrary, it was the product of sheer determination to stem my own tide, to reprove myself to myself and then to an academic community, whose notions, I considered, were in dire need of amendments. Extra-curricular Activities
I began to debate for my (Mass Communication) department. Once, I was the only freshman on the podium at an annual Inter-Departmental Debate Competition. I remember having to viciously argue in favour of homosexual rights, a discourse which was and is still a controversial one. Of course, the position was foisted on my team and it attracted special attention to our performance. After semesters upon semesters of the podium experience, in 300 level, I represented the university at an Ambrose Alli University National Public Speaking Contest organized by the NYSC and was awarded a prize for the Public Speaker of the Year. I was also privileged to co-found the Babcock University Debate Club, one that has emerged winner at three consecutive seasons of the Nigeria Private Universities Debate. (NIPUD’s third season recently took place at Turkish Nile University, Abuja)

Other revolutionary indulgences, in the course of time, came in careful sequence: I co-founded an (A-Team) Empowerment Group, oversaw a column in the university newsletter, co-edited my departmental magazine (namely Herald Digest); led, as Vice President, an ambassadorial and philanthropic association (namely Trendz Club); and, during my final year, founded, as Managing Editor, the university’s first newsletter for a Graduating Class (namely The Eagle Times). 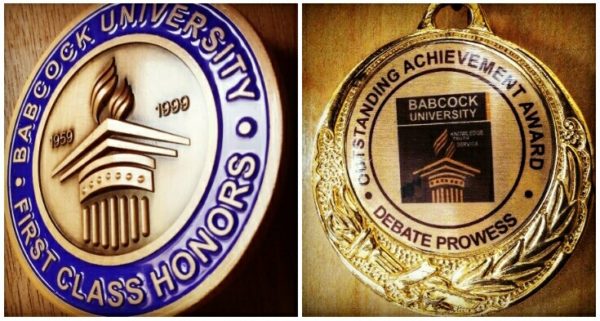 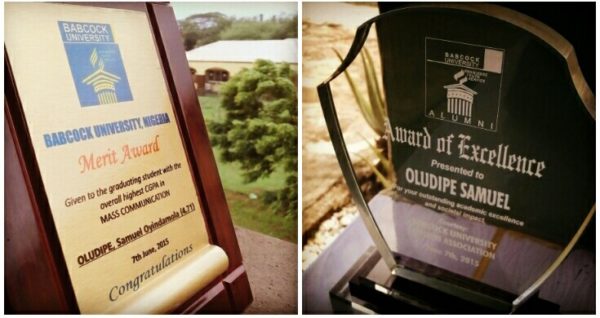 The Juggling Process Leading to Success
Leading a busy life in school is a herculean reality. I attest to its benumbing intricacies. One only survives that intense phase with discipline, artfully sharing the finite resource—that is, time—between the curricular and the extra-curricular. As a preoccupied individual, I had to find balance. This meant, for me, strict holistic time-tables, relentless bucket-lists, and several sacrifices of free periods.

On the 7th of June, I graduated as the best graduating Mass Communication student with the overall highest CGPA of 4.71 (surprisingly, I had started off with the same exact figure for a GPA), the “most influential male” of my (Eagle) Graduating Class, was awarded by Babcock University Alumni Association for “outstanding academic excellence and societal impact”, and was given a prize by the Babcock University Parents’ Consultative Forum as the “Best Administrative Student”.

That day, I saw happy colours on every face. I knew that the attitude to learn and adapt conquers all. It raises the mind above storms and extinguishes doubts. I was deeply glad to have excelled in the areas I had thought I would drown. I hope to advance my study in Advertising, become a renowned authority in my field; and, one day, own a leading international ad agency.

Words on Marble
American author, Mark Twain once wrote: Do not let your schooling interfere with your education. I find it imperative that every student ruminate on these words. There is a huge log that divides the realm of certificates and that of knowledge. The latter transcends the class and must be sought for through human interactions, interrogations, interventions, and, most importantly, inventions; for it is the only currency that can buy money. Do internships. Meet mentors. Make visionary friends. Know your craft, and then beat your craft to distinction.

My advice to students is that you should be focused on and passionate about being persons of knowledge and value first. Then, you will become persons of success. I believe that a student exists not only to give answers, but also to ask questions; not only to be extraordinary, but also to be relevant. Study, learn, explore and serve. Always do what is good with what is done to you and, most importantly, believe in yourself and God, your Maker.

Bright eyes, a roaming mind and that constant whisper of promise the soul uses to return to itself: this is the ideal spirit.

Nairalogue with Ifeoma Adeoye: 5 Tips For Managing Resourcing Towards Growing Your Wealth