You’ve probably seen photos of Akin Faminu everywhere: on your Twitter, Instagram, websites like BellaNaijaStyle. He’s one of the most popular social media influencers in the country, amassing over seventy thousand followers on his Instagram for his impeccable style, all this while studying for a degree in medicine in the University of Lagos. Still, Akin graduated with the best result in the 2017/2018 session at the College of Medicine, University of Lagos. Here, he shares his incredible journey with us. 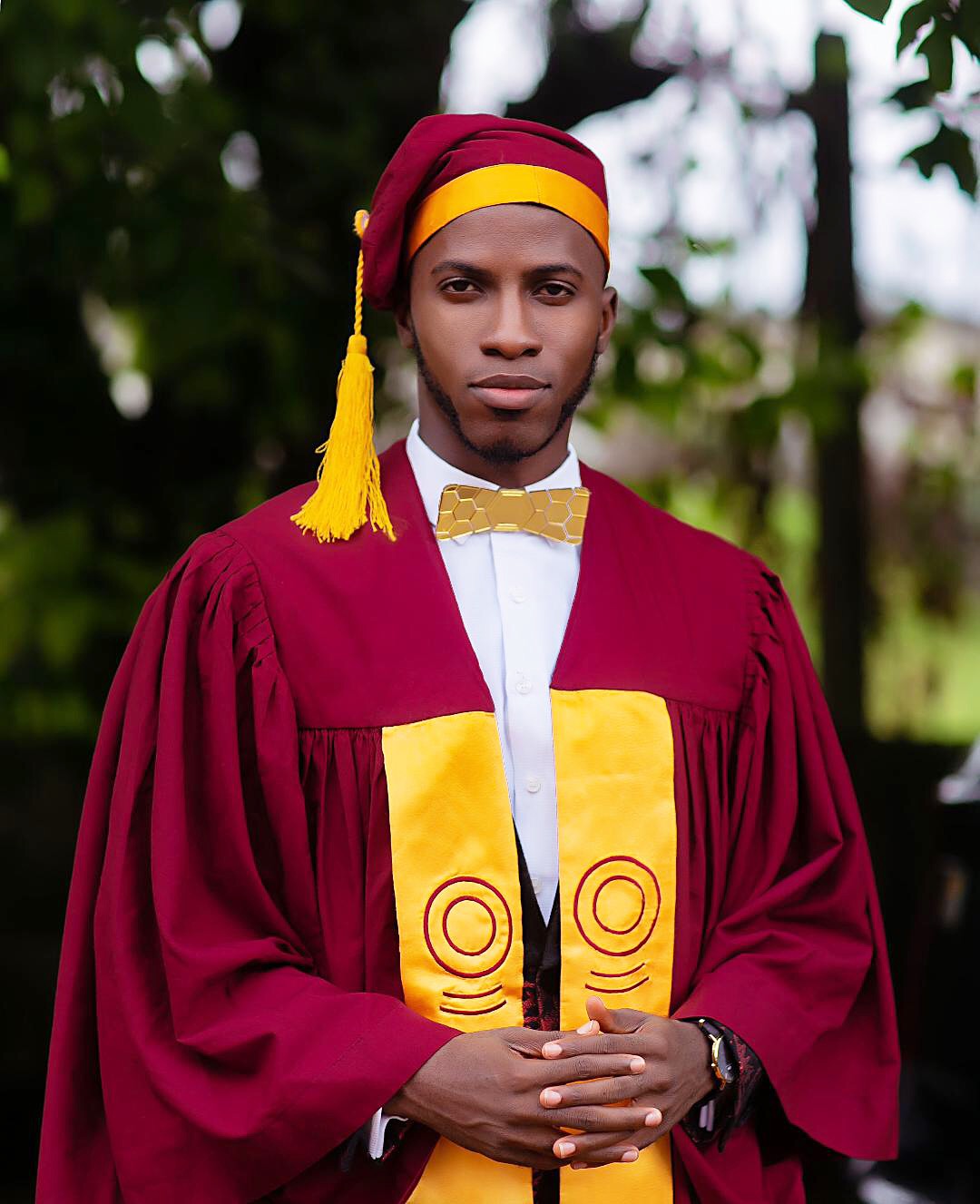 I’ve always been a determined person, and it translated to my education. When I was in nursery school (St Theresa’s Catholic Nursery and Primary School, Lagos), I did really well in the earlier stage (Nursery 1), hence I was given a double promotion to Primary 1 (meaning I skipped Nursery 2). It affected me a little bit academically, from always coming first in class, to being an average student, that year. I obviously didn’t get any prizes from the school like I was used to, and I was really hurt. I was young and didn’t understand a lot about life, but I knew I always wanted to be the best. I cried my eyes out that day, but since then, I’ve always been top of the class.

As I went further in my education and in life, I retained that determination in the foundation of my thinking, and it was always fuel to push forward, take challenges and become better.
I believe a lot in grace, hard work and understanding what works for you, and when it comes to studies, that’s exactly what I do. There’s a prejudice that no matter how hard you try, you just can’t be better than some ‘model’ students. I don’t believe that, especially because I don’t see myself as a model student, but as a hard worker.

I was the head boy in primary school, and the assistant senior prefect in secondary school (Christ The King Catholic College, Odolewu, Ijebu). I was the president of Jets Club, and the Press Club as well. I was awarded several times for academic excellence in my primary and secondary schools, and I finished from my university with the best result in the 2017/2018 academic session (College of Medicine, University of Lagos).

Being a fashion influencer and other interests

I grew up being one of those more inquisitive people, so I loved to explore things that were outside reading my school books. One place I found solace was in the arts! My love for fashion didn’t originate from wearing clothes; it’s deeper than that. It’s from my love for arts. 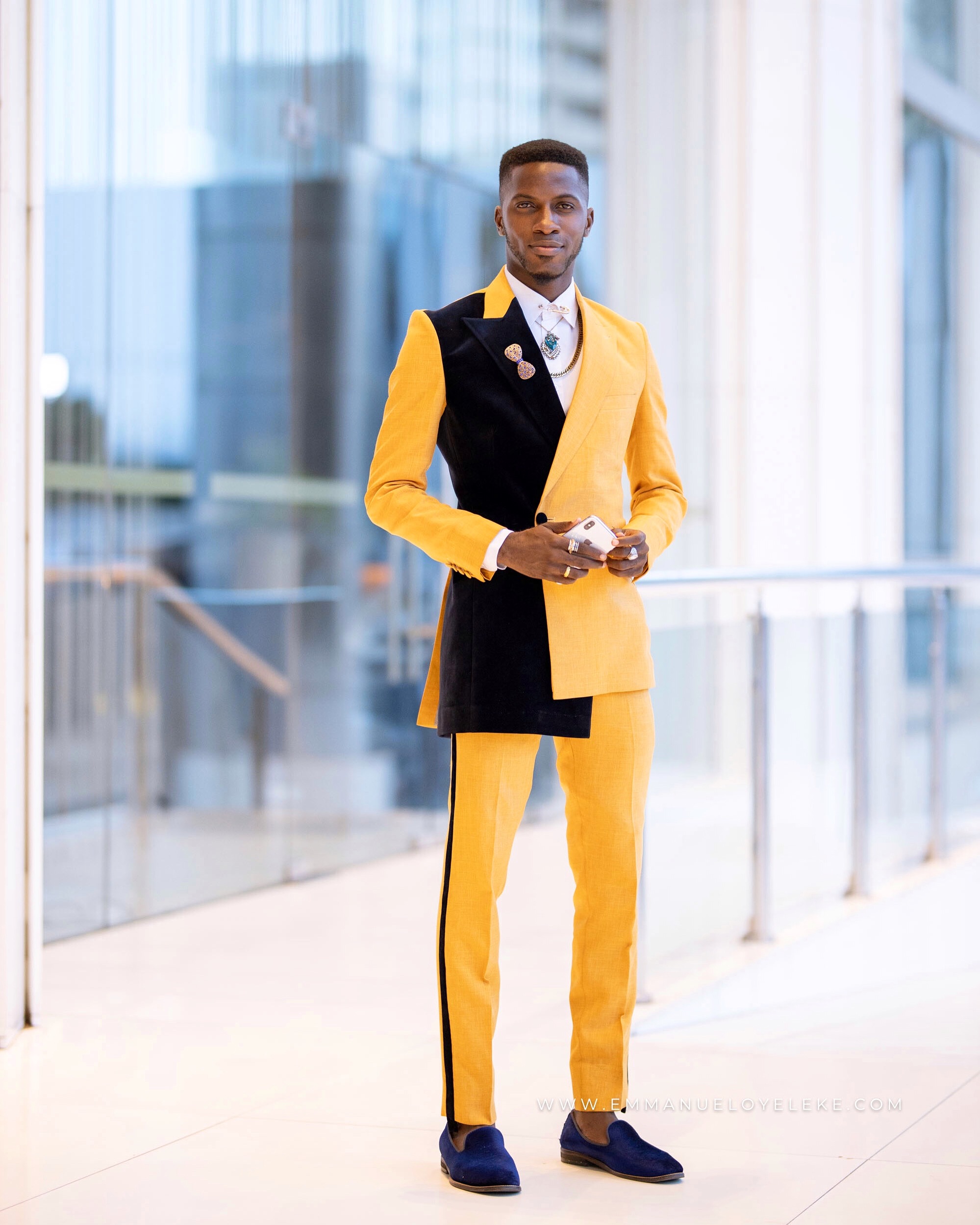 I used to draw, shade and paint a lot of still life and animated objects as well. I was in science class in secondary school, but refused to drop Visual Arts like I should have. However, on getting to medical school, which was really time consuming, I needed to channel my art into something practical and comfortable for me, which was fashion.

I wrote a lot of prose back in school (president of Press Club), so that skill in writing and art, channeled through fashion, birthed my fashion website/blog.

I have always been passionate about this, and I put in a lot of work into creating a brand and making it grow. Over the years and by the Grace of God, my brand has grown and I’ve been awarded and recognised several times as one of the top fashion influencers in the country.
Other interests have been dancing (I was in a dance group) and all things football. 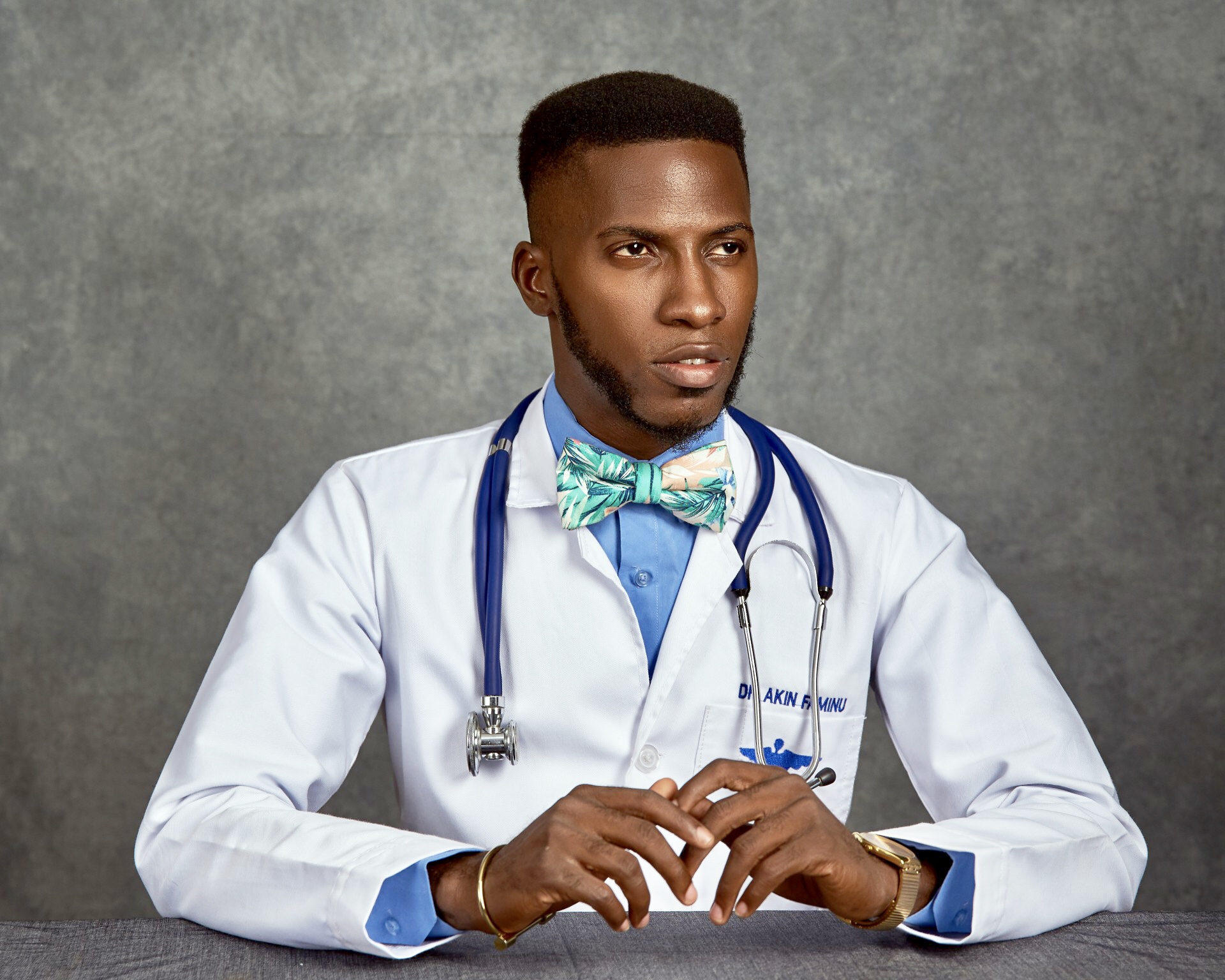 My dad is a doctor, so most people think that’s the reason why. But it’s actually not. I think there’s no way that factor wouldn’t have some influence, but it’s not absolute.

At some point in my life, I was in the UK, and I stayed with my aunt who’s a nurse, following her to the hospital where she worked and just observing how everything worked and how much the things she did went a long way in helping a lot of people. That was further motivation to go for it. That was what I wanted to do. 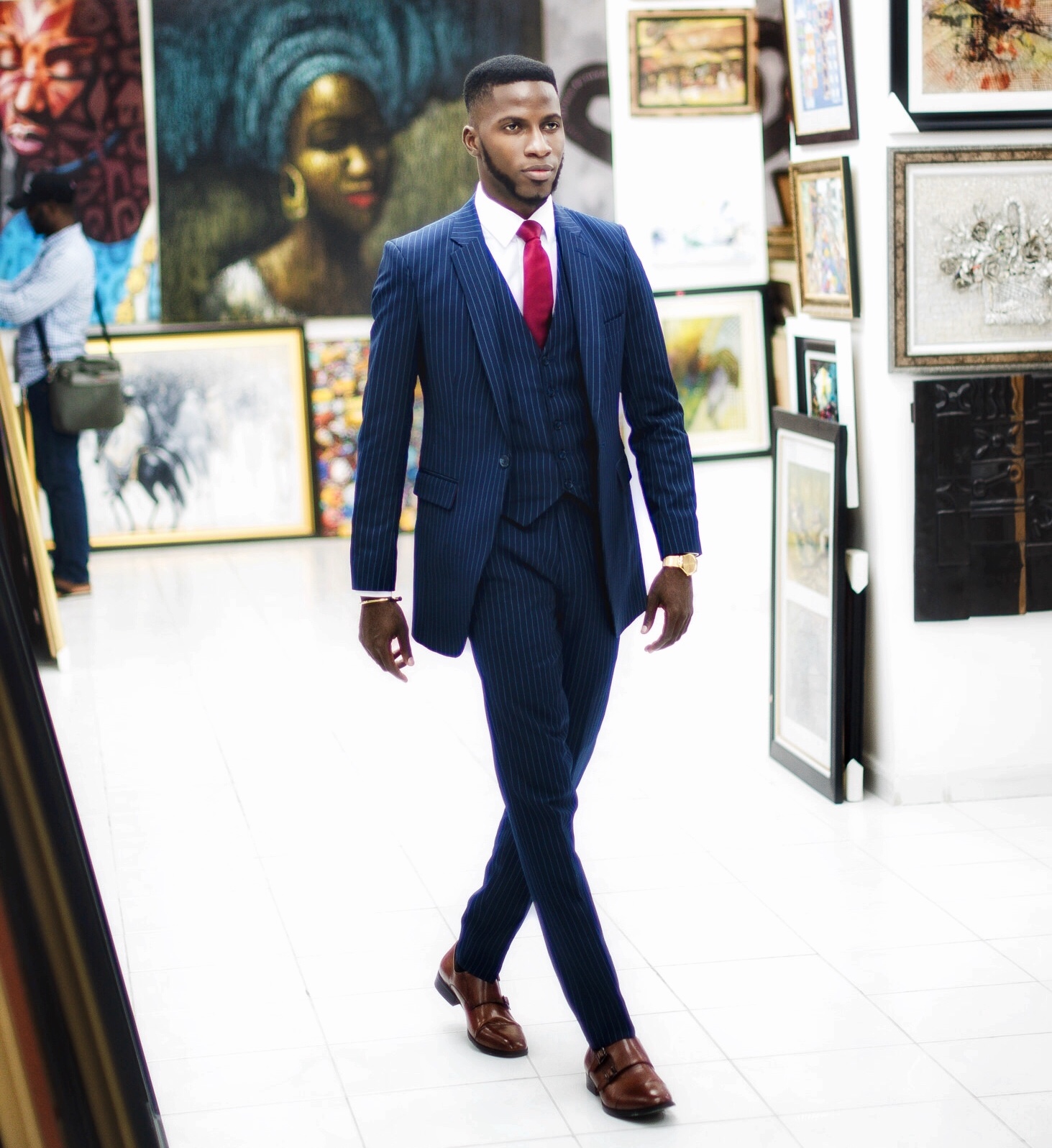 No success story is devoid of obstacles; success is crossing those bridges. I definitely had my struggles in school, and most of them were because I was very diverse and invested a lot of time into extracurricular things that I was passionate about.

Time was a big challenge for me as a student. Being in medical school alone is very time consuming, so combining it with fashion made it even more difficult. I had to be very time conscious. I don’t joke with my time, till now! It’s very precious to me. I believe when there’s a will, there’s a way, so my otherwise ‘free’ time, I always invested in doing something productive.

Truth be told, exams in medical school can be very tough. So through that, my personal experience was one where we were over 100 students at the start, and only about 30% of that number completed the race to become doctors.

I was well aware of how tough the phase was going to be, but instead of seeing the fashion content creation and blogging, which I was also invested in, as a distraction, I tried to find a bridge between both contrasting fields. 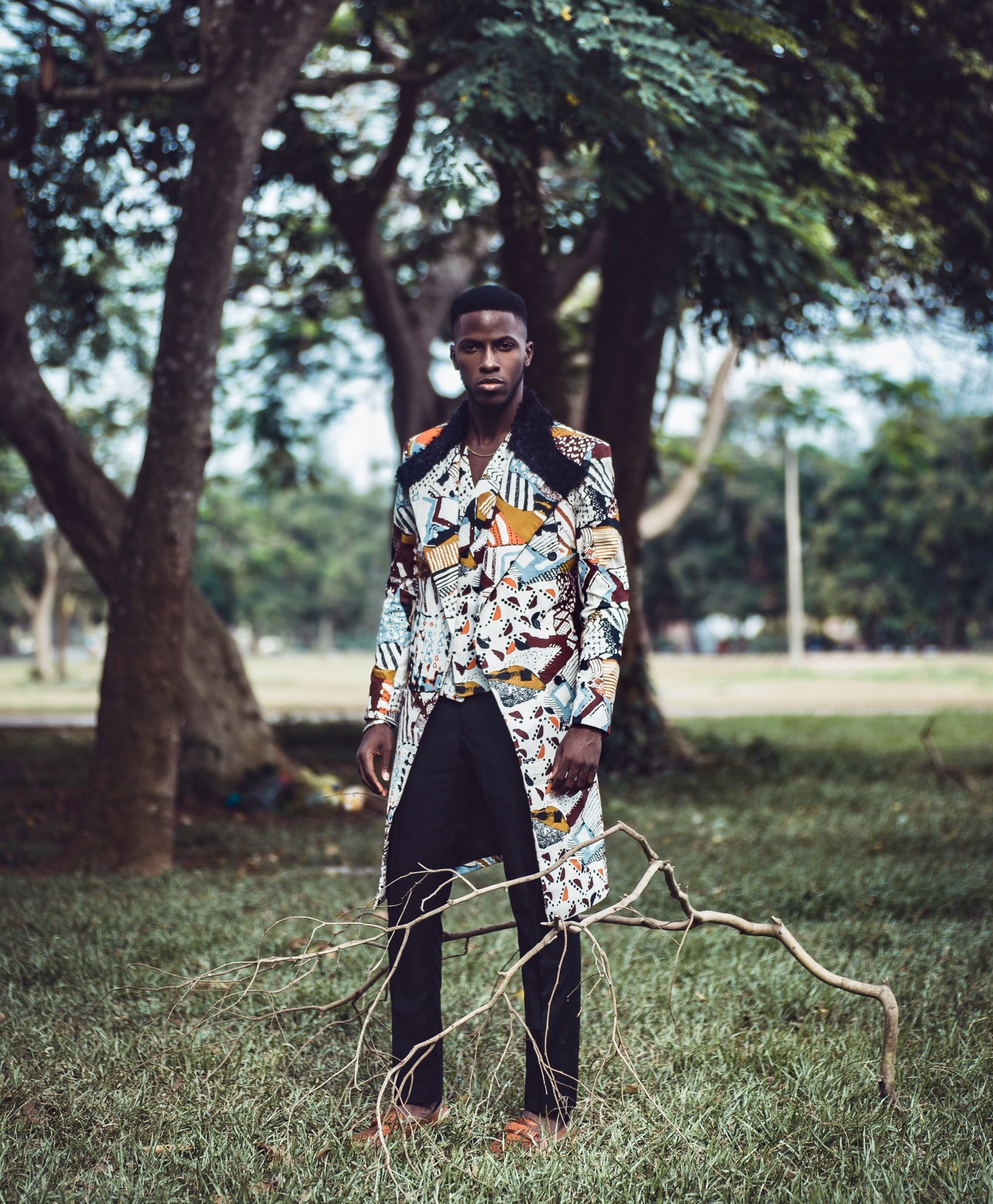 I did a lot of public speaking at fashion events and conferences over the years, and the confidence I developed from there helped me a lot in the oral (Viva) examinations I did in school. Also, my fashion writing skills helped me communicate my answers better in the theory exams.

So, yes, there were challenges, but there was always a way to work around it. I didn’t give myself any other choice. Failure wasn’t an option. Success was the only option.

And what words does he have for others?

If you want something, plan toward it. Do your research, fuel your drive, pray and believe in God’s Grace. Go for it, and watch people realise that it can be done!

Olusanya Anjorin: What Can We Do About Africa’s Decaying Culture?

EXCLUSIVE: Tiwa Savage Speaks on her UMG Contract, Its Worth & Recent Criticism of International Deals