EXCLUSIVE: Tiwa Savage Speaks on her UMG Contract, Its Worth & Recent Criticism of International Deals

Under the agreement, her future music will be released internationally through UMG’s operations in more than 60 countries worldwide.

We had a super fun interview with Tiwa Savage, whose story is nothing short amazing and inspiring. From her days as a young singer/songwriter and Berkeley College of Music graduate who was hoping to take the Nigerian music industry by storm, to releasing songs that garnered massive airplay, and now, becoming one of the biggest stars out of Africa.

BellaNaija’s Mercy Akamo caught up with an obviously excited Tiwa at her super chilled and comfy home in Lagos. She spoke about what the new business arrangement means for her, the recent criticism of “international deals” and how her career is inspiring African women to grow in the music business. 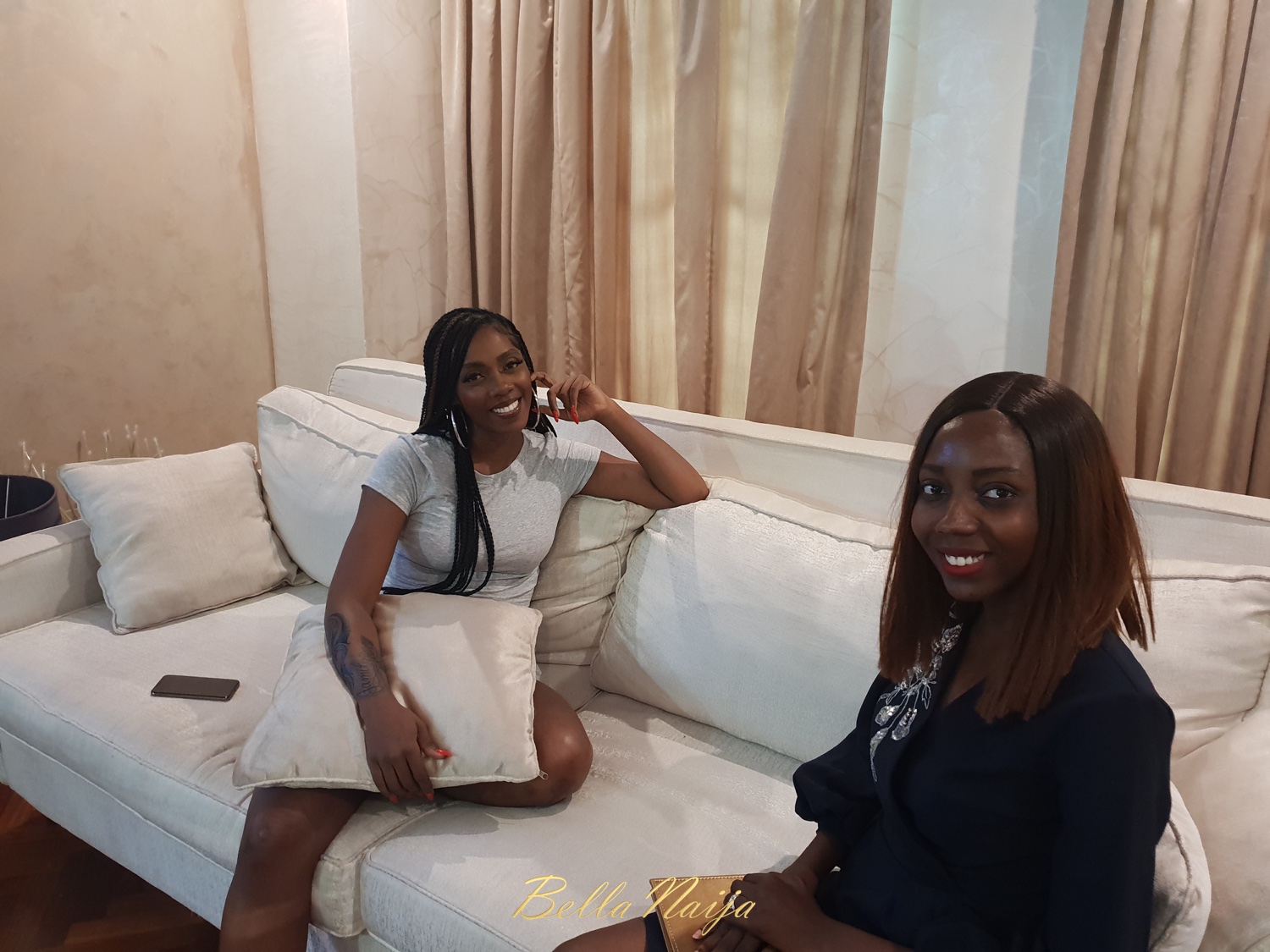 Moments Leading to the Contract

The deal was almost unbelievable for her, she says, but she knew it was real when she met Sir Lucian Grainge in LA, alongside Alan Granite, Joe Karts. When they started discussing timelines, radio tours, release dates, and so on, she knew it’s happening!

Finalising the contract “took close to a year… going back and forth with different labels,” she says.

“It was like a journey… for me to also learn about the company and also about signing an artist’s deal – the benefits of it and also some of the possible disadvantages and just weighing options and just figuring out a deal that works well for me and allows me to represent Africa and put my music out the right way.”

Tiwa has been in the game since she was a teenager doing back up vocals for George Michael. At other times, she’d done vocals for Mary J. Blige, Chaka Khan, Emma Bunton, Kelly Clarkson, among others.

Prior to that, Tiwa played the trombone for her high school orchestra in London, where she moved to at age 11, from Lagos, Nigeria.

Tiwa was a part of the final 24 in the 2006 edition of The X Factor in the UK, unfortunately, she didn’t get to the next stage, but it didn’t stop her from forging ahead.

In 2009, she signed a songwriting deal with Sony/ATV Music Publishing where she wrote for for Babyface, Kat Deluna, Fantasia Barrino, Monica and Mýa. She was also a background vocalist on Whitney Houston‘s “I Look to You” album released in 2009.

After a business administration degree, a music degree, and performance on stage with stars like Sting, 50 Cent, The Black Eyed Peas, Eminem, Robbie Williams and Destiny’s Child, among others, Tiwa decide it was time to come back to the Motherland.

She’s worked so hard and now all that is paying off, and this new contract is “like a reinforcement that I’m ready for the global market,” she says. 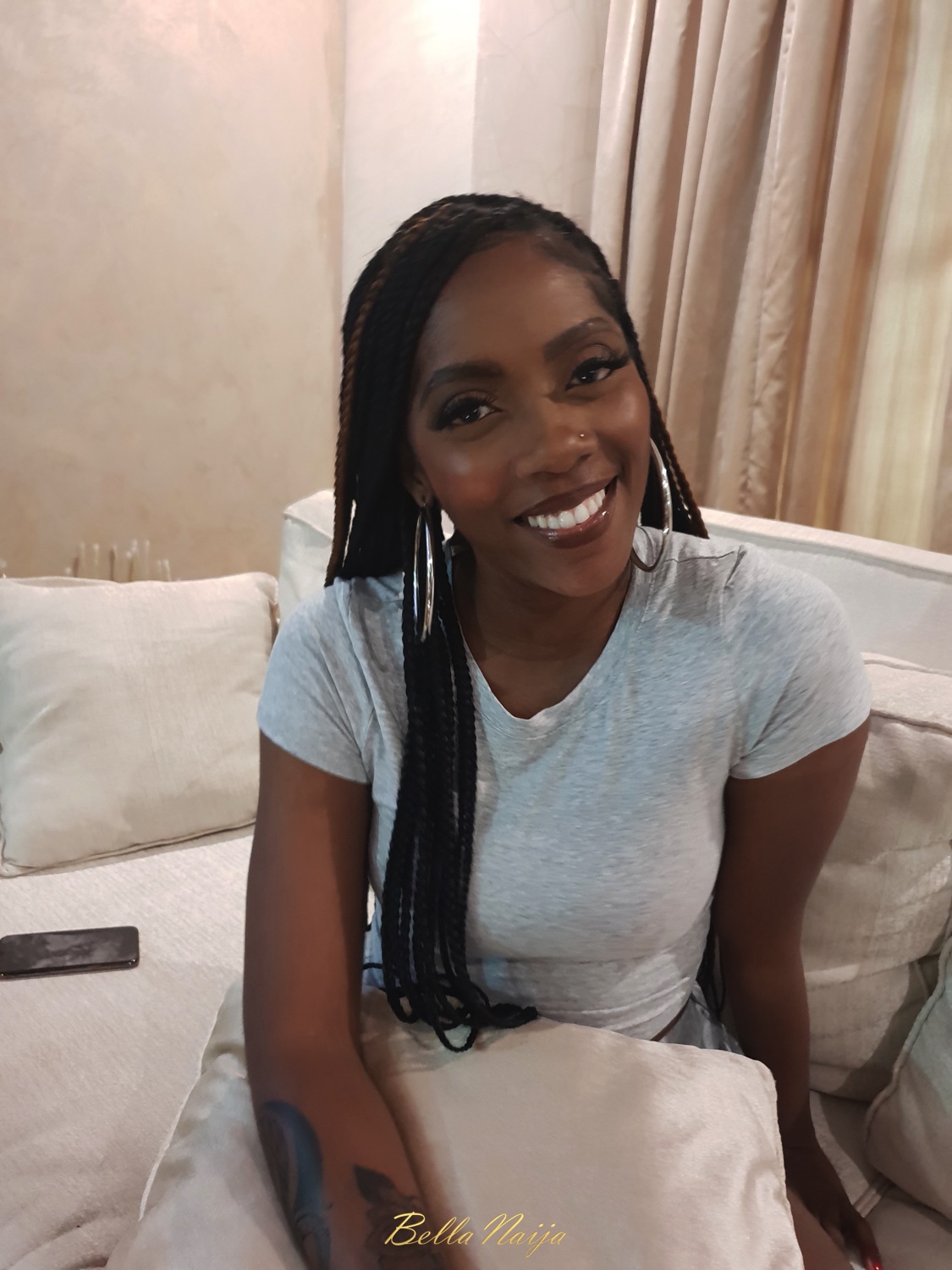 What the UMG Deal Means to Her

Tiwa tells us her new contract is “a really great deal” and the excitement of everyone involved is “worth more than anything I can put a price to”.

Tiwa says that different labels, management companies, and agencies had approached since about a year ago, and she began to take those interests seriously.

“I was doing a lot more shows outside Nigeria/Africa and I felt like it was time to give my music on a much bigger platform,” she says.

Days ago, Burna Boy addressed the subject of music artists and contracts with international record labels, saying that he feels “so sorry” for Nigerian artists “jumping into these international deals”.

Tiwa tells us that she thinks Burna “is absolutely right.”

“I think it’s important for artists to be 100% sure and aware of what they’re getting themselves into, especially when it comes to contracts. Burna is 1000% correct. People took it out of context, maybe. It’s a great advice to any artist: make sure you see your lawyers and do your personal research,” she says.

She adds: “It took me a year to conclude this deal. It took that long for a reason. It took a year to convince them that I don’t want this and I want that and this is the reason why. They understood. I feel blessed in the position I’m in. I have an amazing deal with UMG and I agree with Burna that while we’re pushing Africa to the World, we need to be careful that we don’t lose ourselves. I think that’s what he’s trying to say.”

Tiwa agrees that you won’t always get 100% what you want from any deal, so, there may be advantages and disadvantages of international deals.

“It depends on what you’re looking for as an artist and what stage you’re at in your career. It’s important to not get lazy or comfortable as an artist when you sign a deal. You have to work your way to become priority. You have to put your talent to work and sacrifice time. I believe every contract can work in your favour. However, make sure you don’t get into a bad deal in the first place,” she says.

After the deal was announced, people began to ask questions about her relationship with Don Jazzy‘s Mavin Records, which she joined in 2012 as a pioneer member around the same time she became the first African female Pepsi Ambassador.

Tiwa has been with Mavin Records since the beginning of her music career in Africa till date, and she’s made a lot of achievements within that period.

She went on to become the first woman to win the MTV Europe Music Awards for Best African Act (2018).

With her new deal with UMG, it’s clear that Tiwa has left Mavin Records but Tiwa wouldn’t want to use the word “left”.

“Contractually yes, I guess I’m not with Mavin, but I don’t think I can ever leave Mavin,” she says. “It’s an emotional feeling. I’m part of the family. I’m still close to everyone,” she adds. 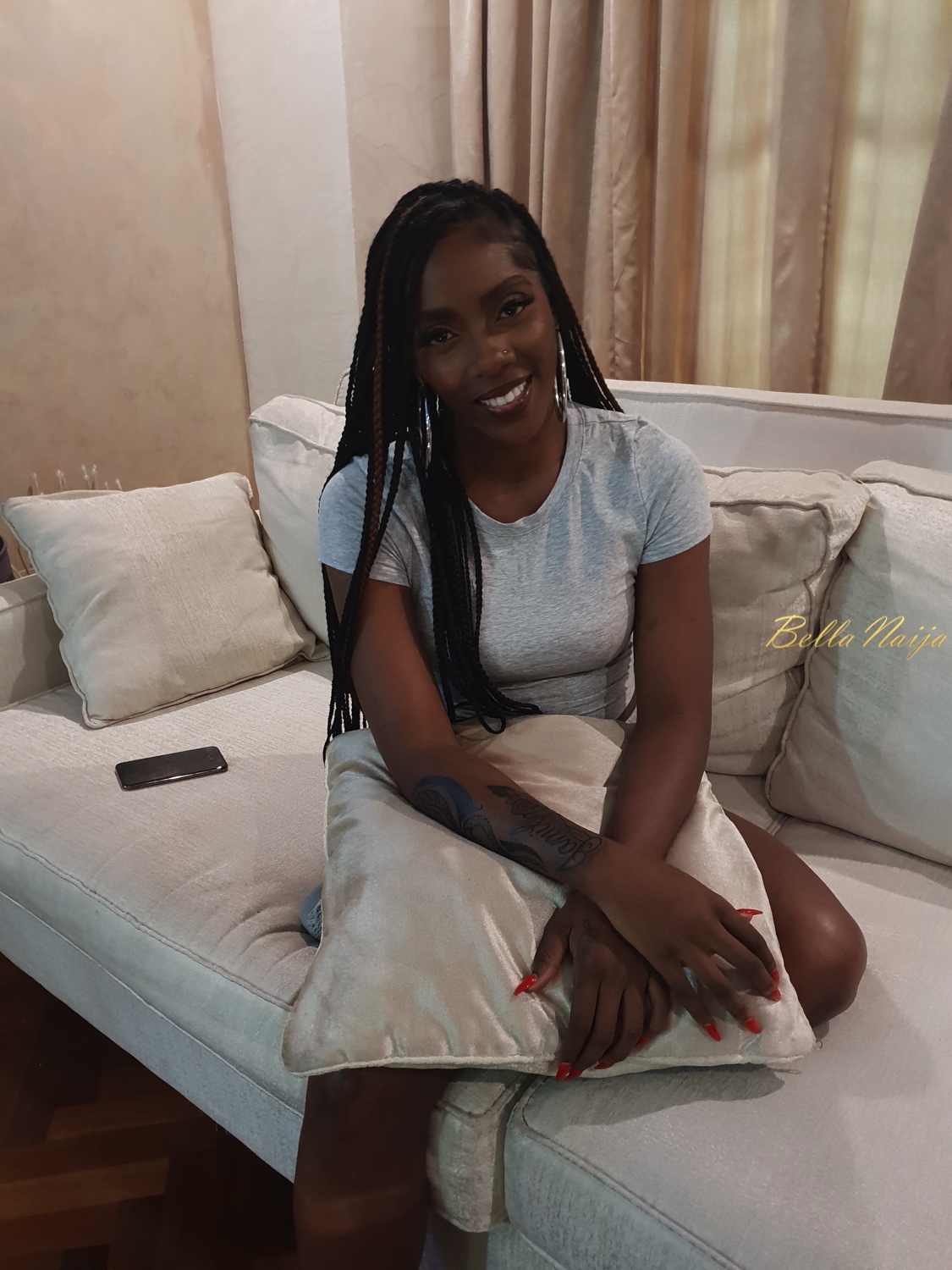 Her Current Relationship with Don Jazzy

Jazzy had shared an emotional farewell message after the UMG contract was announced on May 2nd.

The award-winning producer and music mogul wrote: “It’s been an epic journey with you and we are very proud of what we have achieved together. As you start this new chapter in your life we want you to know that we are solidly behind you and can’t wait for the world to see what we have always believed you can be.”

Tiwa Savage equally shared an emotional response, narrating how the label and Don Jazzy stood by her and made sure her brand was kept alive when she took a break to give birth.

“I only want to make you proud of me. Not every super hero has an S on their chest. You are my superhero DON DORO BUCCI. 7 years, 7 the number of perfection. I LOVE YOU ALWAYS AND FOREVER. Mavin 4life,” Tiwa wrote as response to Jazzy’s post.

Tiwa tells us that “Don Jazzy is just an amazing guy.”

“I’ve never met anyone like him who’s so selfless. A few people might think our messages to each other is just for the gram, but honestly, 1000%, it’s very very real,” she adds.

On upcoming projects, Tiwa says “there are definitely major collaborations in the works.”

Tiwa took a break from social media last December, and she’s only recently just settling back in, majorly on Twitter but not even as frequent as before. She tells us why and how it all began.

“When I first took a break, I was just getting caught up in social media, checking my phone once I wake up. Then I was like, I’m just gonna take one week off and I started enjoying it. Then one week became two weeks, and two weeks became a month and that was it.”

“Within that period we finalised the deal and I was like, maybe it’s time to rebrand and start afresh. I didn’t actually start it because of this deal. I just wanted to take a break. Then I started deleting pictures because my page looks cluttered and I wanted my page to have a theme.”

When we asked Tiwa to share her advice for people who are juggling between managing a career and a family, she tells us she’s “looking for advice too.”

But she shares some points: “You have to have a strong support system. Also, my faith in God is strong and I believe God will give strength.”

She continues: “Women are a lot more stronger than they get credit for. Being a mum wasn’t a struggle for me. It came easy for me. It’s just natural. Just like I wake up every morning and don’t have to think I have to brush my teeth, I just know to do it and I do it.”

Tiwa has a little counsel for aspiring artists in Africa: “Opportunity favours the prepared.”

Today’s artists are at an advantage, she says.

“For now, you can get your music to a lot more people, faster than before. You can start to build your own fanbase from social media before even considering management or record labels,” Tiwa adds.