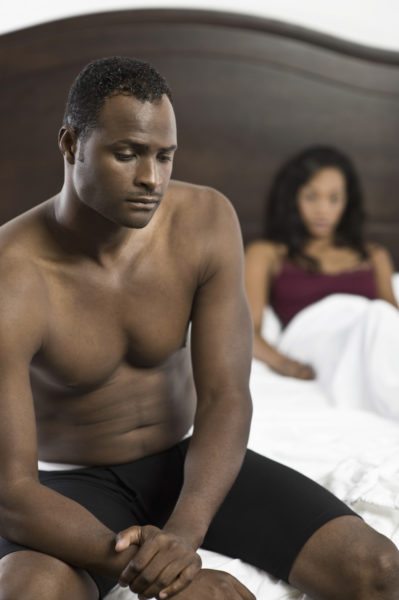 Guys, I know I haven’t done this in a bit but I was having this discussion a few minutes ago with my friends and Lord have mercy… I knew I had to ask y’all for thoughts!

First of all, this post is about sex and things related to sex; so if you’re squeamish about this type of thing, or if sex talk leaves you feeling some type of way, or if you’re way too young to be reading about sex… don’t read beyond this point. Okay? We’re good?

So, you guys know how when people are exchanging marital vows, they pledge their bodies, amongst other things, to each other, till death do them part… yeah? Well, married people vow to have sex with each other, exclusively till they cock over and die. Excuse the pun! However, this is not always the case. Things like randiness, greed, lack of contentment, lead many people to break their vows.

Then there’s a special sub sect of cheats who say they have a valid reason for cheating. What’s this reason you ask? Oh gosh! That was melodramatic…even for me.  *slaps self*  Well, these people say that their spouses are physically incapable of satisfying them sexually.

I heard a story once during our yearly holiday visits to Ogbomosho. It was December and my father was holding court as usual at our family house. This relative of mine who lived in Mariga had come to Ogbomosho for christmas…without her husband. Ah! Mrs. RedLabel* where is Mr. Red Label? He didn’t come with you? (Yoruba people can state the obvious ehn?!) The living room was packed with all the family elders – as was the case when there’s a matter to adjudicate. I kept hearing them saying the word “Eshin’nu’we”. I didn’t understand it; a literal translation meant “Horse in a book”. What on earth is a horse doing in a book and why is a human being, being referred to as a horse in a book? Since I shouldn’t have been eavesdropping on the conversation anyway, there’s no way on earth I could have asked my mother for what it meant.  It is for this reason, that God created older cousins!

Mr. RedLabel seemed to have some issues with sustaining an erection and bringing Mrs. RedLabel to glorious orgasmic heights. In fact, he wasn’t getting his Johnny up enough to fill her needs. But that’s not the real story that brought her to the Council of my family elders. It appeared that Mrs. RedLabel had found herself a stallion who usually came from Minna to ride around her stalls. (Oh God! I can’t stop horsing around!) One day, as they were in the middle of it – hee haw, gidi up – Mr. RedLabel walked in! Unfortunate turn of events involving broken down buses. To cut a long story short, our guy wasn’t having it. He told her to pack up and ship out! None of that forgive and forget business that women talk about. Nope! It didn’t matter that he wasn’t able to give her that sexual healing, Marvin Gay style. (No, he wasn’t gay! Stay focused!)

The verdict, at the family meeting, was that she had absolutely no justification for sleeping with another man. Even if her husband was a ‘horse in a book.’ She should have gated her paddock and padlocked it tight. That is what they don’t tell you in the fine print of “for better, for worse.” There are no guesses as to what they would have said if it was their son who was sleeping with someone else as a result of his wife’s vaginismus!

In fact,  chances are that there would be an audition for new women to take Mrs. RedLabel’s place if she was the one with a medical condition like vaginismus.

Remember how people say, oh, when you get married, sex won’t be the most important thing any more. Still we hear so many stories of how “he started looking outside when she wasn’t giving him well well.”  From the perspective of family law, an inability to consummate a marriage is grounds for voiding the union, but this has to be done in less than two years of the marriage. (My law degree is gathering dust somewhere, so correct me if I’m wrong.) So it is a really big deal. Yes, sex is a big deal.

So here’s my question to you guys… is the inability to have coitus justification for adultery? Think about it carefully. I mean physically incapability; and not oh I want to have it 12 times and he only wants to have go 6 rounds; that’s a different conversation.

Please let’s stay within the ambit of the question oh! You know how some people like to go left field…

Related Topics:adulteryAtokeBN Hot Topic
Up Next

She Said Yes! Tosyn Bucknor is Engaged to Aurélien Boyer

‘Tale Alimi: Focus on the Money