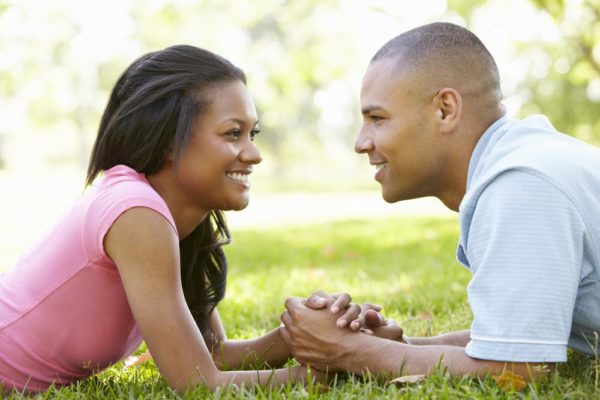 I was strolling through the streets of Twitter on Sunday evening when I saw a tweet where someone was asking about whether… hold on a minute, let me grab the tweet.

Oh dang it! I can’t find the tweet! But basically, the person was asking whether Twitter residents would allow their significant other go on a holiday alone, before the wedding. As I read the tweet, the word “allow” kept buzzing in my subconscious. It throbbed and tingled inside my head until I grabbed my computer and started writing.

I am very vocal about things like the infantilisation of men by their mothers and wives. I’m also very uncomfortable with the idea of completely divesting all responsibility of your livelihood, as a woman, on your spouse. I believe that individuals are just that… irrespective of their relationships. So, you can understand why the word “allow” automatically sent me into jerk mode. Allow? As per is the person your child?

No, seriously… hold on. I need to search for that tweet. Key words: “allow your boyfriend.”

Oooh! I can’t find the tweet (yet) but I found some tweets that may help me.

As a boyfriend, you should never allow another guy to disrespect your girl in front of you. And if you do, you don’t deserve her.

The power of Allowances

Can you allow your brother or sister to date your Ex-girlfriend or Ex-boyfriend? Give reasons and i will read them out, Dj Videll with you. — KISS FM TANZANIA (@KissFMtz) October 8, 2015

Ladies… If your boyfriend doesn’t allow you to have guy friends then he’s a punk and he doesn’t trust you ???

*** Oh! I can’t find the actual tweet. This is so infuriating! I’m at the point writing this piece where I realise that in order to find the specific tweet that gave rise to this piece, I’ll have to call Mo. This is the kind of topic that gets my besto’s knickers in a twist, but I’ll do it for you guys. I’ll fall on the sword…subject myself to a half an hour rant about modern day women. *45 minutes later * Exhibit A

Ladies, Can you allow your man to go on vacation alone before the wedding to have some alone time to himself? — Iyalode (@LitaofLagos) October 11, 2015

Guys, Can you allow your wife to go on vacation alone before the wedding to have some alone time to herself?

I’ll have to tell you guys how that conversation went down, because it’s very crucial to the construction of this piece. According to Mo, the question was most likely to be taken the wrong way because of the use of the word “allow”. He went on to explain that what the writer of the tweet probably meant was to ask if you’d be ‘cool with’ the idea of your significant other going off on a holiday. “You guys are deliberately going to misconstrue what she meant because she didn’t couch her words well. It’s not fight. Nobody can dictate what another person to do or not do in a marriage. They can suggest.” He went on to talk about a situation where a man prefers that his wife not wear certain outfits. That it’s not about ‘not allowing’, merely stating a preference. It was now up to the wife to decide whether to tune her actions. I argued that this stating of ‘preference’ has many times led to fear and domestic abuse. One day, after getting ready to go to church, a wife said goodbye to her husband. He was of another faith and had often stated his preference that his wife not openly practice her religion. Anyway, on the day he was going to express himself and re-emphasize the fact that he was serious about his ‘stated preference’, it was with kicks and blows. Her Bible rolled down the stairs before she did. 11 – year old me stood in the corner and noted quietly and with fear: “thou shalt not disagree with husband.”     That indelible image in my heart shaped my feelings about vast inequality in marriage. And while Mo tried to explain to me that there’s no relationship where the dynamics are as completely smooth as I expect, I can’t help but think that inequality of that nature breeds fear. It’s the kind of fear instilled in a child to let him know he is not allowed to drive his father’s favourite car. I don’t believe that dynamics of a romantic relationship a.k.a man and woman (or whatever it is these days… we live in changing times) I said to Mo, “Unless I’m deriving the entirety of my sustenance from you, I don’t know that you can in good conscience say I’m not allowed to do something. I’m a grown woman for a reason.” My position goes for men too. Ah ha… Boyfriend not son!

Even your parents don’t have locus standi to tell you what to do and what not – after a certain age. (Unless they’re still writing you cheques. Honey, cut that financial umbilical cord and find your own voice!)

Mo believes I’m being myopic and that we modern women think everything is black and white.

I found a tweet for him in response to this:
Hmm… modernization versus allowance

I’ll conclude by saying this: I’m not trying to stir up rebellion or mutiny in your households, but I’m a strong advocate of people taking control of their own lives. I’ve heard way too many people blame their life inertia on their partners. “I remained in a job I hated because my wife won’t allow me take the job I want”.

“My husband won’t allow me buy fruits and vegetables; that’s why I stuffed my body with simple carbs”

“Daddy Bode won’t let me work. He says it’s not befitting for his status to have a working wife.”

Before you became a part of a unit, you were an individual. Make compromises that you can stand by and you can live with. What’s the point of living through 30 years of bitterness because you crushed yourself into the tiny box of the permission you were granted?

I don’t know guys; maybe I am just myopic but I just want to be happy…not living in fear that I am not allowed to do this or that. I want to marry my friend, not my “Oga at the top” or my father.

What do you guys think? Please feel free to school me on the nuances of partnerships and preferences. According to Mo, I still have a LOT to LEARN.

Have a beautiful week ahead.
Peace, love & carrot buttons.

Don’t forget, we’re hanging out online on Sunday 25th October. 6PM (Greenwich Mean Time) Gotomeeting.com. You might have to download the app if you don’t have it. If you wanna be a part of this 30- minute chat about writing, reading and other fun tidbits, please send me an email. (Details in bio) I have received all the emails sent last week and I’ll send one collective email with meeting details.

And I have something important to share with you guys next week, so if you read this column, please make sure you’re here on the 19th!

Mya Williams: 4 Rules to Follow if You Must Re-Gift

You probably wanna read a fancy bio? But first things first! Atoke published a book titled, +234 - An Awkward Guide to Being Nigerian. It's available on Amazon. ;)  Also available at Roving Heights bookstore. Okay, let's go on to the bio: With a Masters degree in Creative Writing from Swansea University, Atoke hopes to be known as more than just a retired foodie and a FitFam adherent. She can be reached for speechwriting, copywriting, letter writing, script writing, ghost writing  and book reviews by email – [email protected]il.com. She tweets with the handle @atoke_ | Check out her Instagram page @atoke_ and visit her website atoke.com for more information.