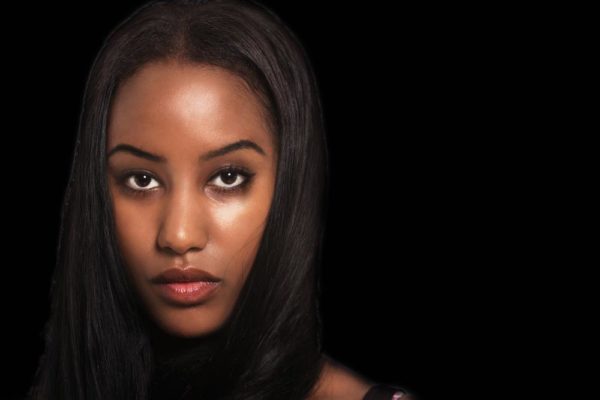 {Click here to read the preceding part of this story}

“What does she mean?” I ask. “Who did a good job?” He’s standing still, like a statute, staring blankly at the bed. “Can you hear me?” I place my hand on his shoulder.

“Can’t you see them?” he says with a shaky voice, there’s a hint of anger.

He looks my way with a creased forehead. “You can’t see them?”

“I can see them,” he says. He points at the bed. I can hear her panting. Goaded beyond endurance, he launches forward, swinging his fist through the air. Just standing by the bed and punching nothing.

“My wife,” he says. Grief crawls up his throat, choking him. Tears fill his brown eyes. His chest keeps rising. His hands are shaking. “My wife is having sex with another man.”

Quickly, I place my hand over my mouth. The words “Oh gosh” escape my lips.

How come he can see them? Death is torture. Perhaps this is happening to hurt him. Hell is designed in whichever way that makes us suffer. This is probably why almost everyone here is crazy. Who knows what they’ve seen or heard?

“Let’s leave,” I say. “Staying here, watching them. It won’t do you any good.” If he stays here any longer he could go mad. I could lose him.

For hours and hours, we roam the streets, in search of serenity which we knew never existed. Silence follows our steps. What do you say to a man who just watched his wife having sex? Nothing.

I narrowed my eyes at him. Would that make him forget what he saw? They say misery loves company but is this it?

“Freedom is a myth, you know? Poverty is our reality,” I say to him. “We’re always lacking. For many years what I lacked was money. Growing up, we had TV at home. All that box ever does is show you that there’s a better life out there, it brings it so close to you, you can feel it but you can never grab it. I wanted the luxurious life, just like everyone.

“My parents couldn’t afford my education, I had other siblings, two older brothers. They focused on my brothers because they thought my brothers would get a career and rescue us from the evil clutch of poverty. My brothers, sorry to say but they had no ambition. I was the real talent in the family. I spent many years watching soap operas and films, admiring women in amazing dresses. My dream was to become a fashion designer and make glamorous dresses affordable. So poor girls like me can look and feel beautiful.

“Whenever I shared my dreams with my mother she’d laugh at me. Or give me a condescending grin. Sometimes she was blunt about it, she’d say that it is best I find a rich man to save us. My mother often invited me to owambe to find a catch. It was my mother’s goal to set my hopes and dreams below my feet.

“I was eighteen when I first met Nonso. I was visiting my brother in UniLag when he accosted me. He was funny. Just from a glance you could tell Nonso was rich. Even the blind could probably tell from the scent of his fragrance. I was hesitant at first. He seemed like one of those men who thought money could buy anyone. But when I got to know him I realized he was the perfect gentleman. He saw me for who I was. He saw my flaws and yet he loved me. He saw my dreams and potential.

“The moment I married Nonso that smile he wore whenever he looked at me disappeared. Those sweet names he called me never left his lips again. As soon as we got into his house he said to me, ‘You will never leave this house.’ He informed his guards to watch over me. I asked him about my fashion degree which he’d promised me and he replied, ‘What degree?’ He laughed. Nonso threw his head back and laughed like I just uttered the funniest joke ever. He laughed so hard he coughed. Then he exhaled loudly and said to me, ‘I make the money, not you.’ In Disney stories, the princess is locked in a castle and saved by her prince, right? In my life, I met my so-called prince and was trapped in a castle.

“He bought expensive dresses and shoes for me to wear whenever we had guests. I wore real diamonds, platinum accessories just to say hello to visitors. Just to wave goodbye at them, I had golden bracelets. If I told anyone that I hated my life they would never have understood. Not only did I have shelter but I lived in a lavishly furnished mansion. Not only did I have food but I had a talented chef and servants. I was imprisoned in a beautiful hell.

“Most nights I swaddled under silk sheets and struggled to sleep with the loud moan muffling through the wall. Nonso often slept with the maids in the room next to ours. We never had sex because Nonso didn’t want me to have a child. He hated condoms so he slept with the maids because they were willing to have an abortion.

“It was ok for him to cheat but it wasn’t ok for me to stare at a guard or servant for longer than thirty seconds. A few guards and servants had been rendered unemployed because I stared at them or because I called their names ‘seductively.’

“Whenever we were alone in the room, Nonso would smack my face with the back of his hand and say, ‘Don’t you know you’re a married woman?’ He would punch and kick me until I was curled up into a ball on the ground begging him to stop.

“For a week or more, Nonso would tell his guests that I went to see my family or I went for a shopping trip in New York or Paris or Milan or Tokyo and these people would nod their heads and say, ‘Lucky woman.’ No one knew I was locked in a room so they won’t see my swollen lips or eyes or forehead. The world mustn’t know about the bruises on my skin or my broken bones.

“The only great thing about my marriage was that the needs of my family were fulfilled. He ensured that they lived comfortably and never bothered him. Eventually, Nonso took things too far. One night he was livid and pushed me down the stairs. Fright clouded his brown eyes as he scampered down the steps, frantically bellowing, “No, no, no.” Although he would go scot-free after committing murder, at least I was free. Rigorously, he shook me in his arms, begging me not to die. His eyes squeezed shut with tears leaking, rolling down his cheeks and dropping on my skin. He shouted my name, over and over. And each call grew faint as time passed me by.”

Susan Ozei: 10 Reasons Why Travelling is Good For You

‘Busola Abayomi-Adebayo: No Eba, No Rice, No White Bread! So What Can I Eat?