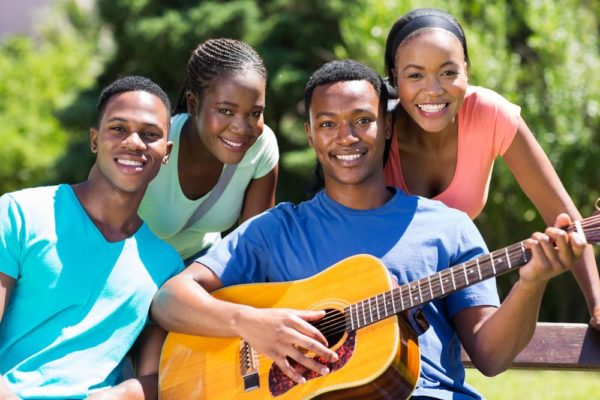 I travelled to the Gambia for the first time in March 2013. I was on board Arik Airline. On my row, the other passengers were a woman and her kids. The little boy that sat next to me initiated a chat and the mother joined. When we found out we were all Igbos, the conversion became more interesting and we felt like family. They were going to Kololi Beach Club while I was going to Senegambia. I told the lady a friend from Kololi would pick me up at the airport. The said friend could assist her in getting to her hotel.
On arrival in Banjul, Arik Airline left the baggage of the majority of the passengers in Lagos, without prior announcement or apology. We only found out at the baggage carousel that our baggage was never on board. My new friends and I were affected. My hand luggage was my hand-bag containing my passport, my hotel booking print-out and cash.

The said friend I talked about, I had not met her in person. I only knew her as AJ. Our mutual friend gave me her number so she could show me around. When I told her of my predicament, she took me and my new friends to her home. She gave me her clothes to wear. AJ’s mother gave hers to the lady while AJ’s younger ones offered theirs to the lady’s children. AJ took care of us very well. AJ, the Muslim, even hosted an Easter party for us. Her mother, boyfriend, girlfriends and cousins were all in attendance. AJ was and is still an extraordinarily sweet human.

Some years back, I wanted to move to a new apartment. I entered a cab and I told the driver where I was headed to. We were chatting during the ride and he advised me against a particular location I wanted to move to. He told me the area was prone to flood. A few days after, I paid for another location. The driver, Chima, gave me his phone number the first day he drove me. Three days after, I called him that I had secured an accommodation and I needed to run a few errands with him. When my lunch period was over, I gave Chima some money to buy a big mattress for me and drop it at my new home. When I left him, I was scared he would run away with my money. When I came back home, lo and behold, my mattress was by the door. I was impressed. I thanked him. Chima has been of great help and assistance to me. Even when I bought a car, I still patronized him. Sometimes, he would drive me in my car. When I gave him money for any project, he executed without issues. My family members and friends knew and loved him. When I had issues with my generator, it was Chima that would take it to the technician. Chima took care of all my way-bills. No matter the errand, he would always do it cheerfully. He always appreciated any gift I gave him. When I didn’t give both material and monetary gifts, he would still be friendly. I was happy the day he introduced me to the wife and kids. I have relocated out of that town but we still keep in touch. Whenever I came into town, I either use my company’s driver or Chima.

I met Israel during my MSc days. The first time we spoke was during an argument. We settled and became friends. It was a full time program but my job didn’t allow me pay 100% attention. When I wanted to abandon the program, he was always there to encourage me. He would say, “We started this together so we must finish together”. Israel was my Voltron. When he wanted to get married, I asked him what I could do for him. He said he wanted me to be the MC. I laughed and asked why. He said he wanted to see me actively involved in his wedding. I had never been an MC before, even in a children’s party. I accepted and everything went fine. The wife didn’t understand our friendship initially but she has come to realize that this is true friendship.

Could I ever forget Prof V. Asor! I met him in his colleague’s office when I was in my final year in the university. We hung out severally. He later introduced me to his family members. I introduced him to mine. Before my mother passed away, he would visit her at the hospital each day with a priest. When she died, he invited several of his friends in Shell (where he worked) and they graced the burial occasion. Prof became so close to the family that he was the chairman of the occasion for two of my siblings’ wedding ceremonies. His wife who is a gynaecologist is my sisters’ doctor. She assisted in the birth of my niece.

My boss is someone I respect. There was a time I would have lost my job to nepotism. It was he who re-assigned me to a place where my potentials were maximized. I was just an ordinary marketing officer in the company. An issue arose and he moved me to the Human Resources department, where I became the Relationship Manager. When pressures were too much, I told him I wanted to resign. He replied, “If you always resigned because of pressure, you may never hold any significant job in life”. From being the boss, he became my friend. I discussed both official and non-official matters with him. He was always available to support and to guide. He brought out my strengths and suppressed my weaknesses. I always strived to be a better person, colleague and employee because my progress reports gave him joy.

The last stranger that became friend was Pastor David Odi. I was invited to his church. I loved his ministration and I continued to attend church services there. The church is a small church. You could easily notice who was present or absent. Any church service I missed, he would call to check up on me. When I suffered financial crisis, it was he who came to my rescue. I never called him to ask anything. He sent a text that read “send me your account details”. He encouraged and prayed for me more than any pastor had ever done. I thought I was a special candidate until I heard others testify of his love and kindness to their families. He is not only a pastor but a shepherd that cares for his flock.

Before we share the cupcakes, I would like to know how some of the strangers you met became your friends and how they have influenced your life.