Princess Simysola: We Owe Humanity the Debt of Love 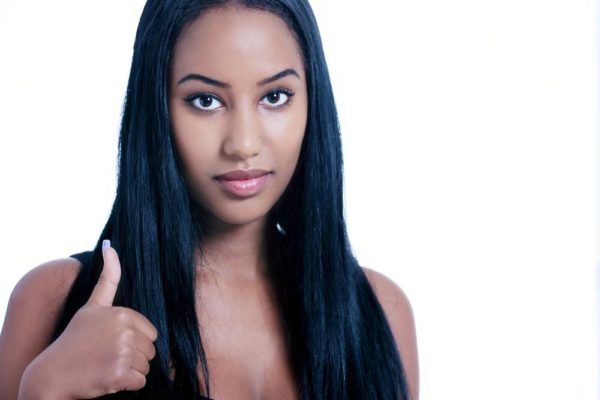 The excitement was surreal; not only was I finally leaving the dungeon called secondary school, if everything worked out well, I’d get to join my boyfriend in the same university. Whoop! whoop!

I had missed him like crazy, we had been going out since my SS2 & even became the hottest couple in school till he graduated and got into university. Though our relationship had shaky moments because of rumours of him cheating on me, I was glad that leaving school would give me all the time in the world to be by his side.

Had I known, my noble intentions would cause me to make the greatest mistake of my LIFE!

It was supposed to be a regular visit, but this time, things got out of hands, we went beyond the regular kissing & touching, and actually DID IT for the first time. Even with all my pleading about how I wasn’t ready, he kept assuring me that sex wasn’t a big deal especially since we weren’t kids in secondary school anymore and we needed to step up.
In his words, “it’s time to do what adults do” and so I let him. Yes, I did.
I wanted him to be happy with me, I wanted him to cherish me more, I wanted to do what adults did, or so I thought.

Fast-forward 3 weeks from that encounter, I began to feel really funny, nauseous & dizzy in the mornings. I had never been a big fan of keeping records of my menstrual cycle, but I could tell it was about that time of the month for the regular monthly cramps, but it never showed up. The thoughts of pregnancy started to flash, but then again, he said he was careful & I had nothing to worry about.

I could tell something was up. My body wasn’t feeling right, and so I spoke to him about it, but he was so quick to dismiss the idea of me getting pregnant for him. He said maybe it was just malaria & everything was going to be alright.

But still everything was not alright. This time I knew something was happening to me, I summoned up courage, & got the pregnancy kit to confirm for myself and just as I feared, I was PREGNANT.

Literally, it felt as though the ground should swallow me. How could I be pregnant? I am just 17 preparing to go into university. My parents would kill me if they heard. I was supposed to be their precious daughter, who could do no wrong; but now, I’ll be nothing but a disgrace to them. My so-called boyfriend had suddenly gone MIA, I couldn’t get a hold of him anymore. How could I blame him? He is just 19 years old. The thought of the responsibilities ahead surely scared him.

Yes, I was stupid & dumb enough to have had sex without considering all of the consequences, but here I am at the crossroad. I don’t know what to do with my life anymore.
I don’t know who to turn to. Do I abort or keep this child or do I simply commit suicide? If feels like my life has come to an END.

NO, it is not a true story, but I bet there are many people that can relate. This teenage girl is one of thousands of girls who have found themselves in the state of unwanted pregnancy & have nowhere to turn to & nobody to meet for help.

It’s so sad we live in a world where:

Yes, the actions might be stupid & dumb, but we still owe this special kind of people LOVE.

The kind of love that gives them strength & hope for the future;

The kind of love that corrects & not castigates;

The kind of love that is unconditional & consistent without prejudice.

To all those who are hurt & confused, please hang in there, one bad mistake is okay. We cannot correct one bad move with another bad move. It’s time to be courageous & take the right thing this time around.

The world might mock you, maybe even desert you; but remember there are no generals without scars & the greatest messages to the world have come from the mess we once made.

Things would get better soon if you just hang in there a little!

Too Adorable! Dakore Akande steps out with Daughters for First Bank’s ‘Fiesta of Flavours’

I am Princess Simisola, a lady on a mission with a burning desire to help leaders overcome the scourge of low self esteem & lack of self confidence as it is prevalent in the land today. My Role is to give Hope, that notwithstanding how low the World has made you to feel, you are worth more than a thousand rubies, and there is greatness inside of you that the World requires, that Nigeria is in dire need of. My Message is Simple, In every uniqueness, therein lies greatness. Visit my blog : http://princesssimysola.wordpress.com , or follow me on twitter @princessimysola Instagram; @princesssimysola Nb: I write like I talk…. My style God Bless you real good.