Bukola Afolabi: Peel That Negative Label Off Your Child 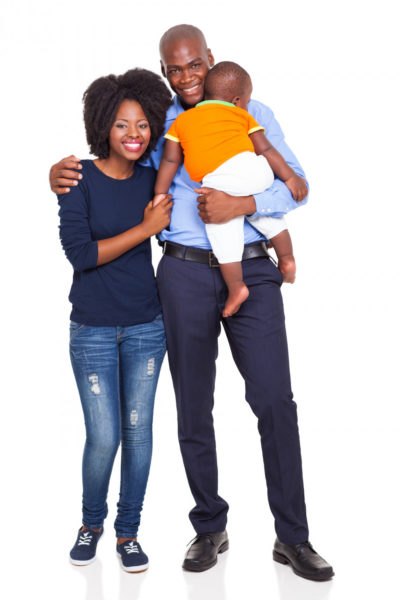 I cringed inwardly at the fiasco going on beside me as I waited my turn at the salon. The woman sitting next to me had her son with her. He couldn’t be more than three years old, and was as restless as a little boy of that age could be. He wanted to be everywhere else except sitting docilely by his mom’s side, as she wanted. She roughly tugged him back several times and the boy escaped her clutch as many times as he could. She was getting pretty frustrated at the boy’s restlessness, and his next escape attempt earned him a loud smack on the back, as she shouted at him- “You never listen! Stop being so naughty, you are becoming such a stubborn boy.”

I couldn’t help gasping, and to be sincere I think I was more shocked at her words than at the smacking. I had to resist saying- “No! Don’t say that to him”, because I knew at the time she was in no frame of mind to be reprimanded by me, a total stranger.

I know it can be frustrating sometimes, when it seems we can’t get our children to do what we want them to do; but labelling them based on that, will do more harm than good. Don’t call your child stupid, silly, stubborn, disobedient, lazy, dumb, dull, unfriendly, mean, e.t.c. except that is what you desire to see.

By all means, discipline, correct, set boundaries and consequences. These are part of your role as a guardian for your children; but, don’t undermine your effort by labelling them the exact opposite of who you desire they become. Label them who you desire they become- kind, smart, obedient, respectful, wise, etc. Let these be your words to them- You are becoming such a smart and obedient boy, you are a wise girl, you are kind, etc.

It’s been said that people rise or fall to our expectations of them- and this applies to our children too. Expect the best of your children and be vocal about it. Label them right, even when it seems they are doing the exact opposite, soon enough they will catch up on the vibe of your expectations and act in alignment with how you have labeled them.
Let’s peel off every negative label and start to label our children right.

Onyinye O: The Kim to Your Kanye? Hell No, baby!

Bukola Afolabi is a parenting enthusiast, who desire to enrich parenting by partnering with parents to raise solutions, children grounded in the knowledge of who they are and the awesome possibilities in them. She founded 2nurture, a fast growing platform for sharing enriching information with parents via www.2nurture.com and other social media platforms. 2nurture also produces various parenting and childhood enriching resources. You can follow 2nurture on Twitter- @grace2nurture and on Instagram- @2nurture