Onyinye O: The Kim to Your Kanye? Hell No, baby! 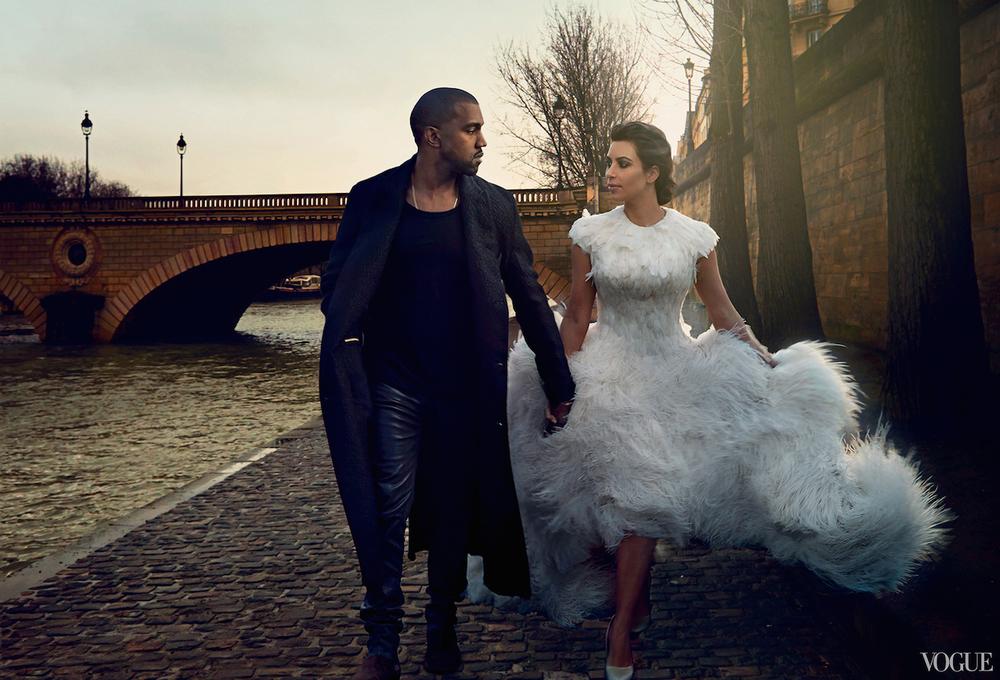 A couple of weeks ago, I was watching the famous Nigerian sitcom – Clinic Matters (PS, if you’ve never watched it before, I wonder how else you know Lilian Esoro Lilian Ubi Franklin). Anyway, back to Clinic Matters! So in that episode, a female patient was asking the nurses if they could give her something that would make her fat and the nurses wondered why. Eventually, this patient opened up: my boyfriend has been cheating on me. I’ve caught him with 5 different girls and all of them were fat. I don’t want to lose my man so I think it’s only right for me to get fat. He obviously likes that.

Still in that episode, the sister to one of the nurses (while waiting for her sister to finish attending to a patient) began to run her mouth as to how she would be rebranding soon. She’ll add more piercings to her ears, pierce her nose, cut her hair, get a tattoo on her back and purchase ankle chains. When the girl was done talking, Nurse Abigail (Lilian Esoro’s character) who’s very sarcastic asked her if she had intentions to become a rock artiste. The babe replied (shining her 32) that her boyfriend thinks she’ll look much better that way. Imagine!

A colleague of mine would usually say, “these are the issues” – and I couldn’t agree more. You know, it surprises me how you meet someone a certain way, ‘fall’ for them that way. Then you get into a relationship with them that same way, and all of a sudden you try to change the person and make them who they are not, to suit “what you like”. I’m speaking of the obvious- the person’s weight, physical appearance, dress code, “personality”, e.t.c.

It’s okay to want your partner to look or be a certain way especially when YOU feel it enhances the person in one way or another but the question is, to what end? Perfection?

You know, we humans have this thing we do; we shape to taste. So we buy clothes that aren’t our size and “shapen” it to fit. However, it seems to me that we sometimes, apply that same logic to human beings and usually, it really is one of two things: “I like you, but you do not meet my exact requirements so I’ll change you to be that person in my head” OR “I love you too much and I’m just trying to make you better”.

Apparently, the latter scares me even more, because sometimes, you really cannot see the danger you are causing to this person. You might think it’s a means of expression of love. Again, it’s like shaping an already made dress to taste- the fabric sometimes gets destroyed in the process, the style of the dress just might change, the dress might become too tight (and maybe even become unflattering in certain places) or the dress might just lose its originality in the process- the originality that defines the essence of the dress!

So, for example, before you got into the relationship, she was (and well, has always been) the kind of girl that’s not in the business of showing off body parts when she dresses. Yes, probably bits and pieces, but not ultimately borderline ‘skimpy’. Now, you saw that, got in the relationship, and before long you somehow start making side comments about her showing more skin, and from random comments it turns to an obligation, which leads to an issue.

Sometimes, you  hear comments like “I’m your man, if you aren’t listening to me and looking good for me, who else are you now doing it for?” The issue is: of course one might be able to make adjustments but aren’t there limits?

So bae is a ‘shortie’ and before you both kickstarted the relationship, you never really complained. Bearing in mind she’s gone past the height growing phase of her life, you start buying 6 inches heels (not even 2 inches for a start) for her, and start imposing it on her. You want her to climb to the top of the world- and she’s one who loves her flat shoes all the way. Why?

One time, a friend of mine came complaining about how his girlfriend came up with a dress code for him, one of which included: stop wearing casuals. She loves it when guys look dapper in suits so she’ll love him to adopt that style. She also mentioned she didn’t like the fact he didn’t have a “corporate” job and advised he looked for one instead of pursuing (in her words) “this photography thing”. She said she really wanted these changes so she could show him off more. Really?

Ask me and I’ll say that’s just wrong. At the end of the day, it really is about acceptance and toleration isn’t it? And please don’t get me wrong. I’m all for adjusting where necessary but not totally changing. I would say that if you needed to change at all, you should be convinced about it. If that relationship ended, would you be proud of those changes made or would you revert back to your “default setting”?

If he knew you to be the “I don’t joke with food- I don’t wanna have ulcer” kinda girl and all of a sudden, he’s making statements about you eating too much and how uncool he thinks it is. He even takes it a step further and begins to pass comments about your weight (when you haven’t really changed since you both started dating) and the pressure is on for you to “trim down” quickly. (Na magic? Na so pesin just dey change?) If you both went your separate ways, would you keep “trimming down”? Would you feel confident in your own skin even if you don’t continue with the trend?

Anyway, this was just me thinking out loud and I might be wrong so I’ll end by asking, do you think it is right to “shape” your partner to taste or would you allow yourself to be “shaped” to your partner’s taste? Where should we draw the line?

Please share your thoughts and while at it, please pen down your experiences too.