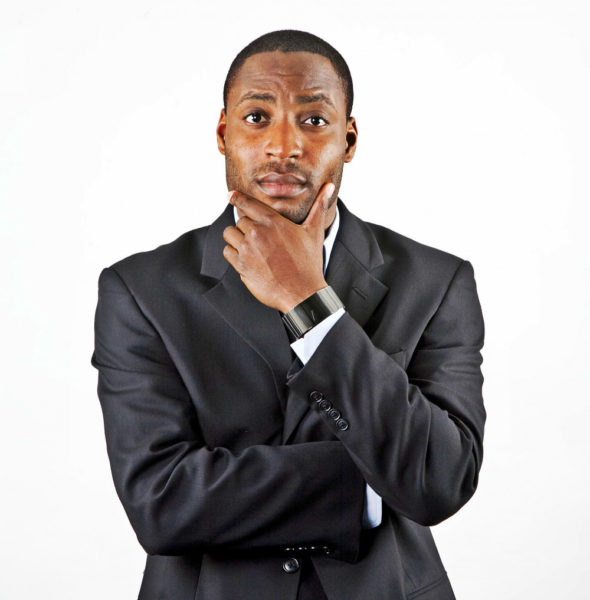 Nigeria’s economy is struggling, largely due to her over-dependence on the falling oil prices that has seen our Naira plummet to record lows against the Dollar. So low that even our neighbors in Benin Republic are running away from the Naira.

And the Government’s reaction to this economic quagmire? FOREX restrictions to defend the Naira.

By doing this, the Government hopes to force Nigerians away from importing basic necessities with FOREX and instead push them to manufacture in Nigeria with the Naira.

The Government also plans to stimulate the Economy by spending large amounts of money (mostly borrowed or via taxes like stamp duties) on infrastructural developments including Power, Roads and Railways which would lead to a reduction of production cost for Nigerians manufacturing in Nigeria.

These ideas are brilliant on paper, but to me they are not enough.

WARNING: They are controversial.

Arrest Landlords
I have written about this several times and I will reiterate it again:

Imagine what we could do as a country if Nigerians could make monthly rent payments to Landlords?

Because we would basically have 11-months of free money that we would gain when Nigerians can make payments monthly. Simple concept … but let me illustrate it even better. Imagine how you will feel if you had 11 months rent in your pocket right now…

But this idea is nothing new. Lagos state via its Tenancy Law makes it illegal for a Landlord to collect more than 3 month’s advance rent. But you and I know that, that is not happening and will not happen, until Landlords start getting arrested.

So my idea here is simply this, arrest Landlords violating this rule in Lagos. Then make it the law across Nigeria because 2 year advance rent collection is stagnating our Economy. This is because money that could be used to stimulate the economy is being held hostage by a few landlords who in so doing, grind our economy to a halt. Arrest Landlords!

Release Pensions Earlier
“Billions”… I take that back more like “Trillions of Trillions” of Nigeria’s money are tied up in Pension funds doing absolutely nothing but making pension fund banks richer.

The average Nigerian will not see that money till they are 60, and with a life expectancy rate of about 52.11 years (according to the World Bank) most Nigerians would be dead before then. Even if they are alive, their money would have died from inflation!

It does not take a brain surgeon with a dual Mathematics degree to figure out that your Pension money is totally useless in a country with double digit high inflation. It’s like putting money in jail with back to back life sentences!

And I know the Pension Banks invest the money, but their investments are so conservative that it rarely consistently beats the high Nigerian inflation rate 10% as at December 2015.

So my radical idea is simply this, allow the money do something. Let pensioners have staggered access to their money. They should be able to access their funds at anytime … but with a minimal cost. That cost could be taxes or other penalties for early withdrawal, just like the American 401K.
This accomplishes are two things:

Firstly it brings NEW money into the Nigerian market – trillions that could be used to start businesses or industries that would leverage on the Governments newly built infrastructures. Secondly the early withdrawal fees generates additional revenue for the Government while serving as a deterrent to minimize excess withdrawals. At the end of the day, it is a win-win situation.

But with the status quo, pension money is sitting down doing effectively nothing but losing value! It’s an absolute waste as long as Nigeria’s inflation remains so high. Release the pensions earlier.

Don’t crucify me but Nigeria needs to Tax her churches to get more money in circulation … here’s why and how.

Churches like mosquitoes are in every corner of Nigeria, they are abundantly plentiful. And they are big big businesses! And thus should be treated as such, their accounts should be made transparent and public just like any other business out there. But more importantly they should be taxed.

If the Federal Government taxes churches and other religious bodies, the income the Government would generate would be so large that we would not even need to borrow money (up to 1.89 trillion) to fund our budget!

But that figure I stated above cannot be verified, because Church accounts are mostly hidden in Nigeria. Which brings me back to the first point, Churches should declare their accounts, for an organization that makes such large amounts of money, it seems financially illogical not to be able to see their books. Moreover, it aids corruption, large amounts of questionable donations made by crooks cannot be tracked. Why? You could literally create a church and channel stolen money into it and no one will ask any questions!

Alternatively, churches should be required to carry out a certain number of capital/infrastructural projects as a way to be exempted from taxes but with an emphasis on non-profit. Because the ongoing for-profit church university trends does not count and does not help! By doing so, we ensure that the money given to the churches spreads to the community and doesn’t reside in the pockets of a few.

But whatever we do, we cannot ignore the money from Churches.

Copy Kenya
After the 2013 Kenya versus Nigeria Twitter war, the last thing any Nigerian will want to hear is that we should copy Kenya. But we need to, and here’s why:

Kenya has MPESA, Nigeria has a hot-MESSA!

But what exactly is MPESA? Mpesa was created when UK’s Department for International Development (DFID), noticed that Kenyans were transferring mobile airtime as a proxy for money. So they teamed up with Vodafone (think MTN or Etisalat) to create M-PESA a mobile banking platform that allows Kenyans transfer money via SMS.

And the result has been nothing short of astonishing. With over 43% of Kenyans GDP in 2013 routed through M-PESA!

So how will M-PESA help Nigeria? Simply put, it will allow for a faster flow of money within our Economy. Small businesses that cannot afford the very expensive Inter-switch licences or scarce POS machines will be able to accept mobile payments via their phones thus stimulating the birth of more small businesses.

So where exactly is Nigeria’s M-PESA?

To be honest,  several companies in Nigeria have tried to replicate Kenya’s M-PESA, the closest we got to getting M-PESA was MTN Mobile money. But that got scrapped when the Nigerian Federal Government realized that having a foreign company (MTN is South African owned) controlling a majority of Nigeria’s currency was a bad idea. So CBN created an interesting rule that…

“excludes telecom operators from providing mobile payments services, limiting their role to merely the provision of the channel (infrastructure) through which other providers’ services can be offered.” source leadership.ng

And this singular rule, has led to the creation of a multitude of non-effective mobile money channels in Nigeria. We have First Monie, Paga, Pokcet Moni, Zenith EazyMoney, pay attitude and the list goes on and on. But sadly none of them have caught on. None of them have become truly become universal. Because unlike Kenya’s M-pesa which is driven by the telecommunications companies, ours are not.

Nigeria is in dire need of its own M-PESA. If the Government can do this in 2016, it will be a huge Economic stimulus that would aid the flow of money within Nigeria. But we need to start by reversing the CBN exclusion of Telecom Operators from mobile money, only then are we going to get our own Kenya M-PESA! Copy Kenya.

Conclusion
Tax Churches, Scrap Pensions, Arrest Landlords!
Quite radical ideas on the surface, but if you look beyond the outlandish titles and focus on the core Economic principles in the ideas above then you will see strategic ways the Government can grow the Economy. For now the Government’s approach has been almost Military like STOP FOREX and TAX the CITIZENS. The END.

We need more creativity, more nuances if our economy is to survive in 2016.