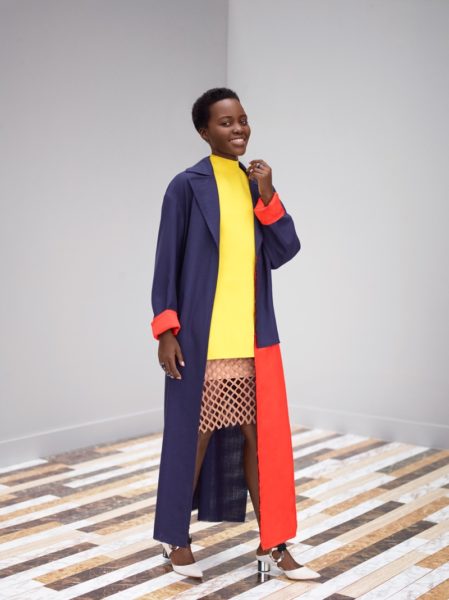 As an aspiring wordsmith and a “Jambite” in speech and elocution, I was going through my learning video library last week when I came across this speech delivered by our own Lupita Nyogo. I was particularly enchanted by the weave of words and most of all mesmerised by how she fluently summarized the “ugly “phase of her life with the apt phrase seduction of inadequacies, I was going to write about that, but then a deeper discourse caught my attention.

Although I was captivated by her eloquence, I could not miss the glow in her face when she acknowledged how her mother constantly reminded her of how beautiful she was even when she thought and felt otherwise. For me, there was something about that glow and smile that resonated a deeper affection and appreciation beyond the bounds of verbal expression. I watched a few other of her speeches and yea, the expectation of the righteous was not cut short, Lupita hardly fails to acknowledge her mum with that glow of inexplicable gratitude.

Now, I have watched the movie 12 Years a Slave a couple of times; while I absolutely appreciate the immense talent and “A” game she brought on board, often times I wonder if that was enough to make her an instant hit and an Oscar winner at first appearance, (but then, shey this God chose to favour Olajumoke who didn’t even do as much).

I am an apostle of smart work, diligence, grit and excellence as key principles of success; however, taking a mental trip through my meditation, like Lupita’s accounts of her mum’s life changing words, I am forced to acknowledge that beyond physical efforts, one of the key game changers in a child’s life is positive parental influence via affirmation and spoken words

Whilst I was reminiscing on the Lupita’s story and her Mum’s influence, I remembered one of America’s foremost paediatric neurosurgeon, Dr Ben Carson. Growing up, Ben Carson was the dullest pupil in in his grade, he once told his mother that he lacked the power of imagination, However, his mum on refused to agree with him, she made him work extra hard and constantly told him that he could imagine and conquer impossible feats, in her words, “there is nothing other bright kids are doing that you cannot do, the only difference is that you can do it better.”

True to his Mama’s words and guidance, Ben Carson went on to become a genius graduating from Yale in flying colours and becoming world renowned professor. He rose to be the director of paediatric neurosurgery at Johns Hopkins Hospital at age 33 and earned fame for his ground-breaking work separating conjoined twins.

He once wrote a biography of himself titled Gifted Hands, (a very good book to read) and one of the experiences that brings his story to life for me was a Mercedes Benz advert where he was pictured in his garage standing by his S-class and the Mercedes Benz company wrote “When they said Ben wouldn’t make it, he stood his ground, when they said he wouldn’t finish school he stood his ground, when he doubted himself his mom made him stand his ground. Today Dr Ben Carson is one of the world’s top paediatric neurosurgeons, and when he is not using his gifted hands to save lives, he’s driving his Mercedes” …Even Mercedes Benz acknowledged his mother’s influence in his rise to prominence.

Some years ago, I saw a movie that chronicled the life of Pastor E. A Adeboye, in the movie, his mother constantly told him that in his life, he will lead and have access to millions of people. I see a perfect correlation in his reality.

My friend Bayo(34), struggled to make a recovery from a bad start at the university, unfortunately, he still graduated with a third class(that was Pre- UK masters era when first class and 2/1 students were the toast of corporate Nigeria- story for another day). Distraught and out, he battled the thought of losing out in life but his mum told him to face his future with determination and doggedness and that first class students will work for him. Today, dude has about thirty-four (34) geeks and first class students on his payroll in his technology firm with annual turnover in billions of Naira.

Here are my thoughts on the matter:

• Beyond societal “prestige”, glam and the cool of status, Parenting is a much deeper calling, arguably the biggest assignment God will ever give a man and a woman and if well harnessed can be THE game changer between prominence and mediocrity, success and failure in a child’s life.

• As parents, we have the power to alter the trajectory of our children’s path, POSITIVELY or negatively (the ball is in our court)

• In retrospect, most of my contemporaries will agree with me that we grew up at a time where majority of African parents did not understand positive affirmation; a key tool of parenting and an arsenal to dismember the vile of ordinariness in a child. However, If you are still stuck in your growing experience, you may need to watch the movie Facing the Giants with focus on the character Larry Childers and his son David Childers –  that is just in case your child never comes across a Melvin B Thompson in the movie Great Debaters.

• If we can’t do the drill, please can we think twice about this baby mama’s game? Similarly, if you will be consumed with the mania of ascending to the echelon of your career at the expense of time and attention to raise sound kids, then you may want to consider the Orprah Winfrey’s option. (No disrespect intended and I apologise if that offends your senses)

• As a man, you have the responsibility to nurture your SEED, you will be a disgrace to your core if you cannot call out the greatness in your child especially the BOY child because you were an absent Father in the name of making a living. I recommend the movie titled courageous to bring this home.

• If you have single parents around you, especially single mums; as much as you can and within the bounds of reason and decency, don’t forget to lend a helping hand.

• The dynamics of living in a cosmopolitan Lagos and other mega cities across the world is complex; hence, time and attention to raise a child can be a luxury, however, in the midst of the tight schedule, there is a growing need to take charge of our children’s destinies and salvage them from the toxic influence of a vile aunty, a wounded lesson teacher, an abused maid, a frustrated nanny, a promiscuous driver, a lawless cook or a psychotic neighbour.

Remember, life is short, live it to the fullest. Make the best of seasons, love God, love your neighbour with the whole of your heart, leave no room for hate, keep hope alive. Your great life will happen.

Toba is a New Nigeria optimist who opines that the world can be a better place if we all play our little part in the big puzzle. He believes that a combination of God and self-governance is the panacea to life’s twisted journey.