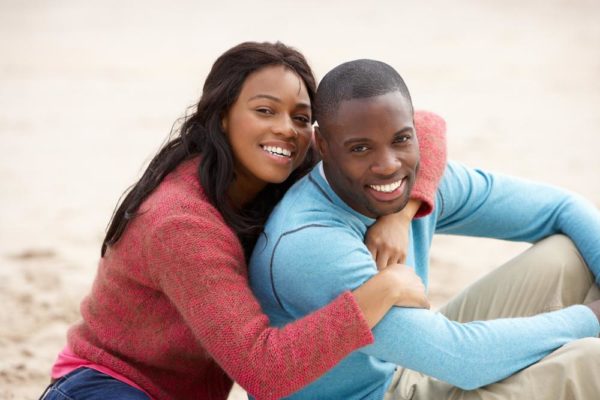 This is a colloquial statement which loosely translates to ‘once s/he has been there, s/he’ll always go there’. The gist of this assertion is that it is difficult for ‘ex-es’ who have been intimately involved to remain friends without being tempted to be sexually intimate again if availed of the opportunity. This is a very common supposition and has been proven right several times – although of course, there are exceptions to the rule.

It lends credence to the belief that sexual relationships are also spiritual and the link goes beyond the physical joining of bodies. The physical bond might therefore be broken off essentially, but there would still be some sort of tie between the parties.

An acquaintance got on the wrong side of this scenario recently. Alina met James at a mutual friend’s party and the sparks immediately went off. They started dating and he expressed a desire to marry her but explained that he had just ended a long term relationship because of the lady’s inability to conceive after 6 years. 1st red flag. Alina felt lucky to be the chosen one and immediately got pregnant after which they got married. Happily ever after right? Not! Imagine her shock when she discovered that the ex girlfriend was also pregnant and intact gave birth to a bouncing baby boy a couple of months after the wedding which was just two months before Alina delivered her baby girl.

Her husband of course could not neglect his new born son and began public and later, clandestine visits to his baby mama. 2nd red flag. Not long afterwards, Alina got pregnant for their second and was very shocked to find out that the other woman was also pregnant for her their husband. The ultimate red flag was when her husband started extended business trips to Calabar where the other lady lived. Okay, it was the other way around because he actually began to spend more weeks in a month with his other family than with Alina. To crown it all, the woman gave birth to another boy 8 weeks before Alina birthed their second child.

He eventually relocated to Calabar and informed Alina via text message that he wanted a divorce. As sad as her story is, it only serves as further corroboration of the established de bé principle.

For some other people, it may be that they are not getting sufficient emotional support from their current spouse as they did from the ex. For others it may be that the sex is not as fulfilling as it previously was. Either way, they apparently forget the many reasons for which they ended the relationship and willingly glide into another liaison with the ex. Sadly, such rarely end well, especially because there are many more factors and people involved in it now.

This is one more point for opponents of pre-marital sex, as it is more common to find people bound by past sexual conduct rather than by ‘love’ or ‘feelings’ which did not stand the test of time. When a relationship comes to an end, it is necessary to close whatever page(s) were opened and ensure that they remain closed even if there is a chance meeting sometime down the line.

Love, sex, relationships are essential aspects of living but must be undertaken with due consideration and shrewd examination as much as is possible. And once a relationship is over, the best option is to end it completely and move on to hopefully greater things.

Related Topics:Busola Idowu
Up Next

Diary of Richard The Fashion Boy: Dear Nigerian Celebrities (and Wannabes), Fashion Has Everything To Do With Being A Star!