Talking Law with Ivie Omoregie: Divorce Settlements in Nigeria and the Concept of Spousal Maintenance 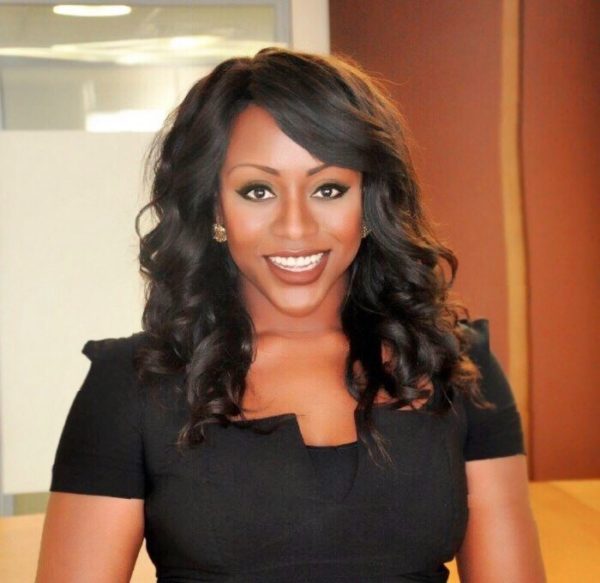 In recent years we have seen an increasing number of marriage breakdowns. In Europe and America, this upward trend has increased periodically over the last 2 decades; with an average of 57% of all first marriages ending in divorce.
However, in Nigeria this is not the case. Due to a significant difference in cultural and social values, divorce is still somewhat of a new phenomenon. But it is definitely on the rise; some people argue that this may be due to globalisation watering down ancient traditions, with others arguing that it is due to a new breed of Nigerian entering into the marriage contract, resulting in parties not having a clear understanding as to what is expected of them.

I must empathize that this article focuses on marriage under the Matrimonial Causes Act (the “Act”) and is not intended to trivialize divorce but merely shed light on aspects of ones rights or obligations should the situation ever arise.

Legal Requirements for  a Divorce Application
A party seeking a divorce would first need to apply to the court for a decree for the dissolution of their marriage. When making the application the party must satisfy the court that certain conditions have been met, these include:
• That either of the parties has willfully and persistently refused to consummate the marriage;
• That either of the parties committed adultery;
• That the parties have been living apart for a period of two years from the date of the filing of the application; or
• That either of the parties has failed to comply with the restitution of conjugal rights for at least a year.
Generally divorce in this jurisdiction is frowned upon; thus we often find Nigerian courts not wanting to be seen as encouraging divorce. Judges often make orders mandating parties to explore various forms of reconciliation and dialogue, effectively delaying the grant of the application. The resultant effect of this is that, it takes several years, from the initial date of making the application, till the final grant of the decree absolute. I have seen instances where this process has taken over 8 years.

There was a matter I once worked on where we had a couple who married very young and had simply grown apart very quickly. They did not detest each other, nor did the marriage bear children. Thus when the time came they simply made an informed decision that “this” was not something either of them wished to proceed with. No love was lost, they still shared mutual friends and were cordial to each other’s family members. On one particular day during proceedings, after quite some time spent separated, they saw each other and were exchanging pleasantries; all I could hear was “Bawo ni Mummy ati Daddy? Bawo ni …”, in shock the lawyer representing the woman instructed her to immediately formulate an angry demeanour and sit at the extreme end of the court room. I was later informed that the particular judge in the matter had a tendency of ordering irrational reconciliation long after the marriage should have been dead and buried.

The Idea of ‘Oyinbo’ Maintenance

In other jurisdictions a party making an application for maintenance has the right to receive maintenance to a value which will be sufficient to maintain the marital standard of living, as long as the other party is in a strong financial position and is able to afford such an order. The main determining factor in making such a claim is the ability to prove historical expenses and reasonable needs.

Maintenance laws in these jurisdictions regard both parties as being equally responsible for the success of the home, regardless of whose name in which assets are held. These courts believe that if not for the combined effort of both parties, the union would not have been as financially successful as it was; this contention is heightened in instances where the union lasted several years, and both parties had nothing at inception. In such an instance it is not unheard of for the courts to split the combined wealth of the parties equally between the two parties.

In some instances where one party is already significantly wealthy at the time of marriage, the party making the application for maintenance may plead that the richer party had “introduced them to a lifestyle which must be maintained”; again such party would need to prove historical expenses and reasonable needs in support of such an argument.

In these jurisdictions uncontested divorce proceedings tend to take between 6 weeks and 16 months.

Maintenance – Naija Style
Under Nigerian law, an award for maintenance is at the discretion of the judge presiding over the matter; the judge has the freedom of choice in determining exactly what one might get and also how long proceedings might take; unfortunately this factor is further empathized where the party is unable to hire an experience lawyer (they say a good lawyer knows the law, but a great lawyer knows the judge…).

Although, to a large extent the court has the power to determine as it deems best, judges are however guided by the following factors:-
• The age of the parties;
• The social standing of the parties and their lifestyles;
• The conduct of the parties during the marriage;
• The respective means and earning capacity of the parties; and
• The existence and the number of children.

A number of legal precedents have laid the foundation for the creation of the factors above. However the extent to which the courts will grant the applicants requests and the length of time for which such requests are granted are at the sole discretion of the judge presiding over the matter. In the judges interpretation of the Act all that is required is that the judge does what he/she deems as being just and equitable based on the judges understanding of the circumstances revolving around the breakdown of the marriage and the subsequent request for maintenance.
Maintenance orders tend to terminate in instances where the party granted such an order successfully remarries, or possibly where the financial position of either of the parties changes considerably from what it was at the time of making the initial order.

Maintenance orders, with regards to children, will usually remain valid until the child is 21 years old. They are completely separate and distinct from the obligation owed to the other party to the marriage.

Immovable Property
Aside from spousal support and child maintenance, in adjudicating over the matter the judge may also make awards in regards to immovable property. However, the precedent adopted in other jurisdictions, whereby properties accumulated during the course of the marriage are also shared equally, has faced unprecedented resistance in Nigeria. Again, here, the courts are only guided by the rule of what is just and equitable.

Na Who Scatter the House?
Due to the freedom given to the courts in such matters, in Nigeria a culture of blame has been developed. To a large extent judges have autonomy when making their decisions, and naturally tend to penalise the party who they believe is to “blame” for the breakdown of the marriage, thus castigating same for not honouring the sanctity of the union.

The reality of this is that a “wise” party contemplating divorce will accumulate the necessary evidence to effectively prove their case before proceeding to make the initial application for the dissolution of their marriage. This will not only have a high chance of influencing the final award for maintenance and spousal support, if any, it may also positively affect the time it might take to secure the judgement of the court (i.e text messages, photographic evidence, voice recordings, video evidence etc.).

During the course of this article I have made deliberate attempts not to infer that the party making the claim for maintenance and spousal support is either male or female. The truth is, although existing Nigerian precedents are founded on the presumption that the woman is the party likely to be in the position to need spousal support and require assistance from the man. In reality, just because it has historically been the woman making such applications, this does not mean that a man is not legally entitled to make an application for maintenance. If the right instances were to present itself a man would have as valid a claim as any woman.

I must stress at this point that where parties find themselves in a corner, and it seems that the marriage is no longer a viable option, rather than rushing to seek advice from legal experts, it may be more prudent to consult a marriage counselor first.
Recently a man filed for divorce the day after a very lavish wedding. When questioned by the presiding judge as to why the marriage had broken down, he explained that on the night of the wedding, in an attempt to consummate the union he had discovered that his bride had been wearing “butt pads” during the entire courtship. He claimed he could no longer trust her and that she had deceived him as to her real persona. I would like to believe a marriage counselor would have offered other solutions, thus avoiding a complete dissolution of the marriage.

Today’s Man with Toba Aboyeji: Who Is Teaching Our Boys to Become Good Men?