Akanna Okeke: Are You Obeying These 5 Laws of Success? It’s Not Too Late to Start 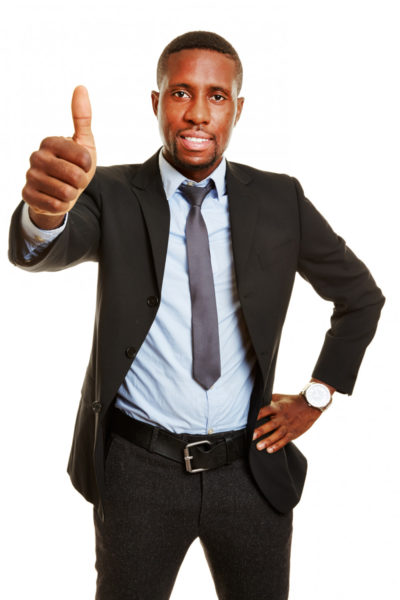 In fact, to be truly successful is to look at what the “masses” are currently doing and do just the opposite!

But what is the opposite? We may not be aware of the answer to this important question simply because we’ve been doing what everyone else around us does.

Bob Burg and John David Mann lay out some of these principles in their little story about a powerful business idea, “The Go-Giver”.

Here are the lessons I learnt from their 5 laws of “stratospheric” success:

The Law of Value
Success starts with the creation of value.  The more value you add to people, the more successful you become.  The more useful products you create for example, the more money you make.

Value can be added wherever you find yourself.  Are you a Customer Service Rep? Then treat your customers with more respect than you think they deserve.  Are you a teacher? Then go beyond the curriculum and teach your students actual life lessons.

The goal is to give more in value to your clients than you are currently being paid to, because your income always catches up to your value creation and not the other way round.

The Law of Value states:

A teacher’s pay isn’t going to sky-rocket until she probably owns her school or becomes the principal of one, or even arranges after-school lessons to take on more students. A police man would probably not be paid much as long as he remains in his current position, no matter how many crimes he busts in the area.

These are noble professions that we naturally expect to be the best paid ones, but the reality is that most of the workers in those professions serve the “classes” –they serve only a few people.

In order to become one of the “classes”, you have to start serving the “masses”! You have to stop serving a boss and eventually own your own business which adds value to more people in the community. This way, everyone pays you your salary (by buying your products) instead of only one person –your boss–paying you.

The key here is ownership. To take full control of your income, you must eventually take full ownership of its source.

The Law of Compensation states:

The Law of Influence
Success is never achieved alone.  You need the help of other people. You need to know how to develop a network –“an army of personal walking ambassadors”.  These are people who are willing to help you succeed. In a way, your success is their success. They are personally invested in you.

Many people find this hard to achieve. They wonder where they could go meet people, and even if they do meet successful people, they make it all about themselves. They care only about what they can get from people, instead of what they have to offer to those people.

To develop a solid network, you need to put other people’s interests first.  Are you hoping to get a promotion out of your relationship with your boss? Stop focusing on that, and focus on how to make him look good in front his own bosses; by making his job easier.

Are you hoping to land that deal with the huge company? Don’t go in there shoving your product in their faces, but go in with a solution to a problem they didn’t even know they had, because you took the time to do your research on them –putting their interests first!

Once people realize that you always genuinely put their interests first, they can’t help but look out for yours too. And you’ll notice that you are gradually building a strong network of personal walking ambassadors for yourself.

The Law of Influence states:

The Law of Authenticity
We have established that success begins with creating value, adding this value to others by serving them, increasing the number of people you serve and then building a network of people who are always willing to connect you to whom you can best serve.

It really involves dealing with ‘people’ at every phase.  Therefore, you need ‘people skills’.  This is not as hard to acquire as we often think. “You want great people skills? Then be a person”. For people to be comfortable to deal with you; be it clients, customers, investors or friends, they must know you, like you, and trust you!  This means that you have to be authentic. Don’t be a chameleon –be reliable. Pay up when you are supposed to, show up on time to appointments and quit blaming traffic all the time.

The Law of Authenticity states:

“The most valuable thing you have to give people is yourself”

And maybe you have to work on that self to develop it into the perfect gift but it has to be your true self, no phonies!

The Law of Receptivity
The previous 4 laws have all been about giving, but there has to be room for receiving.  Even though we make people’s lives better by giving to them, the truth is that we also feel better ourselves for being able to give.  There is no giving without receiving. We wouldn’t feel that good if others kept refusing our help.

In the same vein, we shouldn’t always deny people that sense of fulfillment from giving to us, by refusing to receive their gifts.  Say “thank you” when you’re told you have nice shoes, instead of responding with how cheap they cost. Be willing to have others help you find a job or connect you to a business deal, instead of going it solo.

Before you get all excited about receiving, note that the laws concerning giving come first.  If you are not willing to give, then you are also not being open to receiving.

Those who do not give hold on to what they have, hoping that it would sustain them.  They guard that job with all their heart and try to make sure no one else is hired; they hang on to that one client they are comfortable with and never expand their capacity to serve others.  Such people miss opportunities not because they never get one but because they never recognize it as one.

The Law of Receptivity states:

“The key to effective giving is to stay open to receiving”

Now you know how the world really works! So go out there and create value, touch people’s lives, put others’ interests first, be real and have the humility to stay open to receiving.

Temi A: Waiting to Grow Up – The Quarter Life Crisis