Ene Abah: Is This Some Form of Identity Crisis? 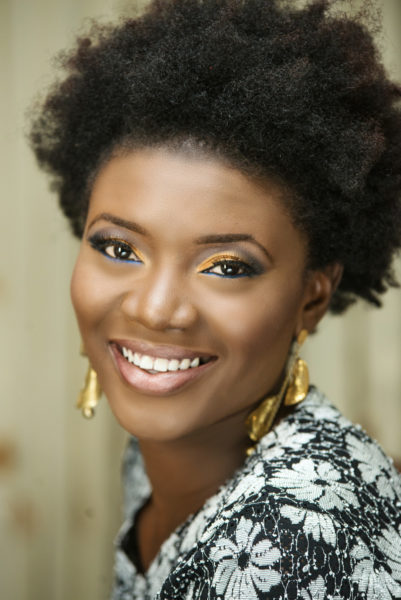 There have been different instances of Nigerians living abroad saying such horrible things about Nigeria. We must understand that when the media reports certain things, they are blown out of proportion. Everything makes the country seem unappealing in every sense of the word to return to. However, bear in mind that with the media, no news is good news!

In the light of this, a friend and I were chatting about some of the ongoing crisis in certain parts of Africa. We ended up having a lengthy chat about the crisis in Central African Republic. At a point, she wrote AFRICA! I asked what about Africa. Was it any different in the United States, where she stays?

I asked her if people were not being killed in broad daylight with not much being done about it. I asked her if she had had to go through the painful speech with her sons of how to behave and how not to behave in public. I asked if she had warned them not to wear hoodies, if every day she didn’t live in fear with the hope that nothing would happen to her children. I also asked if the many threats, some that are not even reported are not terrifying enough in the U.S. I am not in any way saying that one conflict/any form of killing is better than the other, but I do not understand why there is the need to ignore the problems that exist in front of us, while we are so quick to point at other people’s? Note in this case, that every person apart from her nuclear family lives in Nigeria. She was born and raised in Nigeria but relocated with her family to the U.S. about four years ago, then all of a sudden, the very place that raised her and accounts for most of who/what she is, is now talked about with disdain. We ended the conversation with her writing, “abi ooo nobody is safe anywhere”.

Another friend was talking to me about my job and some of the risks involved in what I do. I love him and his family and could understand his fear. I assured him that I was and will always be fine and safe. I asked when next he would visit home and he said he had no intention of bringing his son to Africa! Ah! Africa?! When did Nigeria become Africa? Well, I reminded him that Nigeria was in Africa, but was not Africa in its entirety. He talked of the conflicts and the many attacks going on in different parts of Africa. I equally pointed out that the same was going on in many Western countries at the moment. We also talked about the conflicts and attacks, then, I asked the same questions I asked my friend above. We went into a bit of law, talked about human rights, and that sort of thing. He brought up the issue of gay couples and the intolerance there is for people in this category and my argument at this point was simple. I agree that there is intolerance but he has to admit that this is something that is seen as foreign in Africa.

Now, for us to reach a certain level of acceptance of this phenomenon, someone has to take up the responsibility to do some sensitisation. One statement, however, that put me off was: ‘I am glad my children will not be raised in that part of the world’. I told him I was happy also that his children would not be raised in this part of the world, as we would not like for them to grow up in confusion about who they were. I would rather they grew up feeling American than suffer from an identity crisis like their father was suffering at the moment. I was upset with him because there were certain truths which I cannot write here, that he could not own up to.

From my many conversations with him, he has at some point seemed unsure of himself. He has been in the U.S. long enough and is naturalised, but does not feel American. There is a certain acceptance that is not necessarily granted. In so many cases, the black person has to put in double the effort to be recognised, then a foreigner? This friend of mine identifies more with Nigeria than any other place, so why? A good number of us including him were raised in Nigeria for the most part and turned out alright, didn’t we?

This applies not only to those in diaspora! There are some at home, in our very domot, whose lives are lived through television, which is not even reality. They get so confused in their minds and can’t draw the line between real life and wishful thinking. Those who think they are better than others, yes, some are better than others in different ways, but a good number of the most hardworking people I noticed are the least opportune. So shall we call it luck? Eventually, some of these confused ones find out that living abroad comes at a great cost. I have seen many Nigerians in Western countries living such lowly (for lack of a better word) lives, they would do far better at home!

One time when I was at a train station in England, a Nigerian was on the phone, his Yoruba accent was unmistakable, he was cleaning but lying right there about the office he was in. I have asked some why. Shame! Shame would not let them come back, but they live hand to mouth and on social media, put up a façade! Eventually, they come back ‘home’ to the very country they’ve spent so much time thrashing to try to make a fresh start. Look, this is in no way generalising (reason why ‘some’ and ‘many’ appear a few times) but it has happened often enough and by so many for the issue to be raised.

On the issue of conflicts, I asked my friend some thought provoking questions and there were some cases where he pointed out that Western countries had fueled the conflicts, these countries have provided and continue to provide all the war equipment needed for destruction. There are vested interests that have to be protected, some have to be created, some countries cannot be allowed to attain certain heights, while others could kill themselves as there is nothing to protect. With the rising number of security concerns around the world, I do not think anyone should be making out that these concerns are different anywhere. People should be more concerned about their safety.

I do not in any way say that Nigeria does not have problems, I acknowledge that we have a host of problems which will take a life time to fix. In fact, thinking about our problems brings out so many emotions in me: anger, resentment, despair, I could go on, but gosh, all these guys, behave yourselves! Attacks, wickedness, corruption, everything is universal. Instead of all the bashing, can we not at some point put our heads together to try to figure out the way forward?

I was told as a child that we are the leaders of tomorrow! I am an adult now but I am yet to see my generation take the lead in this country. If all we do is thrash our country, then make noise on social media without backing all this with action, when ever are we going to lead?!

Work Mode with Brown Uzuokwu: What Has Food Got to Do with Career Success?