Uju Chukwu: 3 Ways to Reprogram Your Mind From Limiting Beliefs 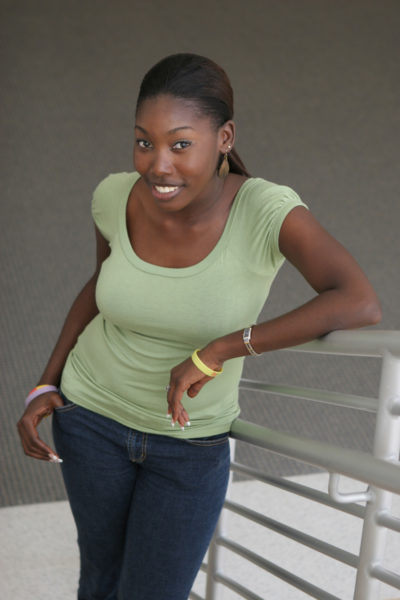 They can be enhanced by different factors which include our environment, our association, experiences and lots more.

Self limiting belief is said to be the personal restriction of ones self to produce action. This also occurs as a result of things that have in the long run affected how we think, how we feel and how we react towards things.

This is generated in the MIND.

I will give an example with my own story.

At the age of 5, I came back from school and it was very obvious things were not right at home.

My mum and my dad had just finished having those major misunderstandings and the environment did not seem welcoming at all. I walked up to my mum in a quest to go find out what was wrong; I wanted to tell her that whatever it is that went wrong, she should let it go and reconcile.

Now, these were my good intentions and I felt it was going to save the day. But upon getting to my mum, without her hearing a word from me, she gave me a slap.

I did not know why. I could not explain, but I was completely bitter.

From that day I told myself I was never going to care about other people’s affairs – even if I saw someone dying. I was not going to give attention to it.

I had set a limit on my emotions and it had stored in my subconscious.

Fast forward years later, I find myself living what I had said in the past. This time, I had forgotten what I said, because that was way back. But I realised I never cared about anything that concerned anyone; even if I did, I tried so hard to avoid myself showing that I cared.

I lived with this and felt comfortable, I only began to realise that things were going wrong when I began to lose the people in my life. I lost friends, I lost the love from family and I was on my own.

That is how powerful the things that we say can affect our lives.

What then did I need to do. I needed to re-program my mind and myself. How did I do that?

A self limiting belief does not come from the sky. It was created by you and registered in your subconscious. It will take only YOU to let go of that belief you have tired around yourself.

A major example is this: we all know that money is good, but if I told you now that within now to the end of the year you will make 2 million Naira, for those of us doing nothing at the moment, the first thing that happens is, you begin to doubt what I have said. Not because it is not possible, but because you have blocked yourself from believing that it is possible.

What happens if we go with the reverse of the situation and look at it from a different perspective. That other perspective falls under the reprogramming of the mind.

So back to my story. When I had lost everything and I knew something was wrong, how did I reprogram myself and my mind.

Reconnect with the Past to Fix the Future
I had to reconnect with my past to correct my future.Now this came out very smooth right here but when I had to go through this process it was not as smooth as it sounded now. Travel through your timeline, retrace every single step.

The first step to correct an error is to discover that the error ever existed.

I had blocked my mind from ever believing that there was a problem, but upon reconnecting I started spotting what went wrong.

My question to you is WHY?

The best and easy way to reconnect with your past is to keep asking yourself WHY backwards…until you get to the root of the issue.

Once you can reconnect with your past, then we know there is a solution for that limiting belief you have created around yourself.

The next thing to do is:

Have an Open Mind
In the process of trying to reconnect and ask yourself why, two major things happen;
a) You try to avoid some facts because they hurt or because you just cannot see yourself thinking about that.

b) You find yourself creating  negative stories for the things that happened in the past.

It is normal; but my advice is, the only way you can be free from a prison gate is, if it is left open.

You do not step out of a closed gate, so to achieve the best results in the process of reprogramming yourself, you have to have an open mind and let every experience and situation come to you freely.

Replace every negatives vibe with a positive vibe
Now in my case, I had to reconnect with the person who I was then and try to see things from my mum’s view.

It would not have been that she did not want to hear what I had to say, guess it was because she was going through pain and that was her best way to let it out. So I began to see the positives and it only taught me to understand how people feel , how they express different emotions and today I teach about emotions

So we should learn to replace very negatives from our timeline with positives. They is always a positive side to every negative action.

If you are thinking things won’t work out, why not believe for a second that they would and run with it.

I want us to understand that everything we see as a Limit is what another sees as an opportunity. Why then can the other not be YOU?

Related Topics:MindsetNigeriaUju Chukwu
Up Next

Obianuju Chukwu is a Marketing & Communications Executive with a focus on building brand's awareness and communicating their message. She also has a strong foundation in emotional intelligence and behavioural change which gives her great consumer insight as a Marketing professional. She transforms businesses and builds brands via storytelling, brand audit, market research, and strategy implementation to ensure results. She holds an MBA in Marketing from Covenant University, Integrated Brand Experience training from Orange Academy, and a diploma from IBM Institute, Berlin, Germany. She also helps people to be their best selves, live a purposeful life, and achieve greatness through her online platform www.ujuchukwu.blogspot.com.