Bobosteke: 4 Additional Ways to Cope with the 'R' Season 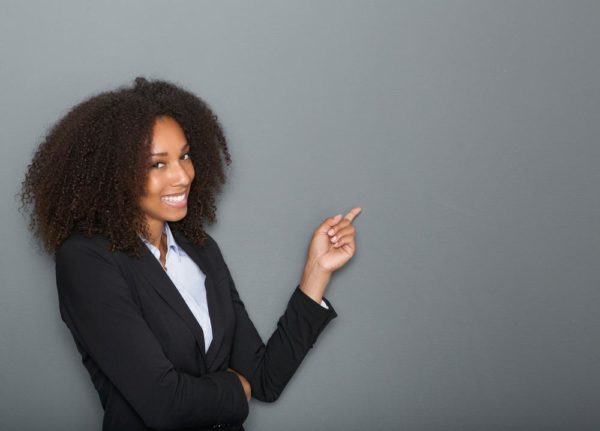 If you live in Nigeria, you’re no stranger to the current economic situation. Bobosteke shared a few tips on coping with what she calls the ‘R’ Season. {Click here if you missed it} Today, she shares a few more ideas on getting through.
***
ObamaCares
The good news is that (almost) everyone is feeling the crunch. The bad news is that you cannot even complain alone. There is something “reassuring” about having all the sorry experiences and consequent attention, but everyone seems ready to chime in with an even woefuler story, as if they have a Higher Calling to trump whatever you say.
That was how one morning, I just wake, begin dey reason my life; like I was really, really down in the doldrums. In the middle of the ironu (thinking), I started singing Preye’s “Ebezina” only for Obama to join in from across the fence. I was stumped. Obama? You too? I walked towards the window in consternation, singing more slowly, and saw my neighbour’s dog howling in harmony to the song. The Rottweiler was out of his cage. His massive head was resting on the front tyre of his owner’s Toyota Rav4. An almost lidless eye was staring back at me, lamenting the evils of the R season. The only thing that remained was for him to hug me in solidarity. His howling went an octave higher when I got to-
“Tell me why you’ve given up on God
Hold on, Change is on the way.“

Haba! I was seriously miffed. I CAN’T EVEN HAVE A PITY PARTY IN MY OWN HOUSE BY MYSELF. I walked away from the window and jumped angrily on the bed, leaving him to continue the song. God forbid that I and this dog will have to sing for our meals one day.
So, you find sympathizers in strange places in this R season. Even Obamacares. (@marlvina, you reminded me of this incident from your comments on the last post)

Press 1, 2, 3
It’s very easy to be absent-minded and lose oneself in the R season. It’s like your mind is a constant engine, fueled by insidious “what ifs” that leaves you confused and has you using your house key in the ignition, putting your hand bag in the dumpster instead of the trash, and earrings in the refrigerator.
One night, after a particularly not quite wonderful day. I closed my laptop, grabbed my phone and headed to bed. Just like that, in the middle of the night, I woke up to sirens. Not the one those people use to clear traffic o. But those deep sounding ones they will use to wake the dead on judgment day. The vehicle sped past my house as I watched the interplay of red, blue and white light on the wall of my room. The kain fear wey grip me, eh, I understood the meaning of “my heart was in my mouth”.
I felt around anxiously for my phone, grabbed it, dialed my neighbor’s number from memory and held it to my ear. No sound. No engaged tune. No annoying voice prompt, sef. Nothing. Next thing I heard was a gun shot. It sounded like it came from far away but I still landed on the ground and dialed even more furiously. Still nothing. Tears almost started running down my face. I began to wonder if I should escape through the kitchen or the sitting room to my neighbors flat upstairs. I became so aware of my environment. Silence indeed has a sound: it’s very loud. I held the phone to my face and for the first time, it occurred to me that there was no light shining off the screen even when I dialed the number, only a curious red dot that came on whenever I passed my finger over any button. In fact, the whole screen was blind. I forgot my fear and frowned. I sat up. Then it hit me. I was holding the remote in my hand. Fear had not let me notice any difference. I let out a long hiss and clambered into the bed. I didn’t even flinch when I heard the second gun shot. He giveth His beloved sleep, biko. Especially in the R season.

Don’t Worry… It’s Vintage
Another outcome of the R season is that you don’t get to shop as often as you used to, if at all you can, that is. I’ve gotten reminder calls from almost every shop I ever bought something from. Even Audacious that I have only purchased one gown from, called. So far body don dey covered, everything na bracket, abeg (interpretation: it’s a win/win situation). Or so I thought.

Na so one day, I decided to break the introvert in me and went visiting. If I know, I for just jejely siddon for house as usual. So I got to my friends’ and she started gisting me about this guy she wanted me to meet. Na so me sef begin dey grin, dey ask for info.

So in comes this fly dude who looked vaguely familiar. But sometimes I’m like that with people I have never even met. In the middle of conversation, the next thing I heard was “You know we have met before”. In my mind it was a gangster “Nibo ni yen?” But my face was a sweet “Really?” He brought out his phone and for some weird reason my heart began to thump. Next thing, he is showing me a group picture. Behold and lo, my people, I was wearing the same cloth I had on three years ago at a rare hangout I painfully remember attending. I looked him dead in the eye and said “It’s Vintage”.

Na me buy the cloth. Na me get the body. Na me go call am wetin e be. So no worry, na vintage.

Stop Watching Food Network
One of the things you would discover in this R season is your ability to micro-manage food and come up with the most fabulous on the spot recipes. My neighbor recently made one bad ass egg sauce with ugwu leaves. In a bid to do copy copy, I decided to make something too; something I had seen on Food Network that I felt I could tweak with some ingredients I had. I sashayed into my kitchen, feeling like I was shooting an episode of Pioneer Women. I, however, had two accomplices: a four and eleven year old. I don’t want to go into too much details as to what happened. The things you need to know are that suddenly, the fire left the burner and landed inside the pot. Someone started shouting “Mummy! Mummy!” (Later, I realized it was me, not my mother was two states away). There was a rush of mighty wind as I felt my accomplices run past me Usain Bolt style, screaming “Aunty Bobo, your house is on fire”. I managed to turn off the gas, put the pot down and poured water in it. All in nanoseconds, as I joined in the race to safety, even though the fire was now out. We stood outside. Soot- coated faces regarding each other. “We are going to Mr. Biggs” I announced in the most adult voice I could muster. They nodded obediently and trudged to the car.

So, in a bid to manage, all things are lawful, but not all thing are edible, R season or not.
The end.

Related Topics:BobostekeCoping with the RecessionrecessionSurviving in Nigeria during the recession
Up Next