Bobosteke: Coping with the 'R' Season 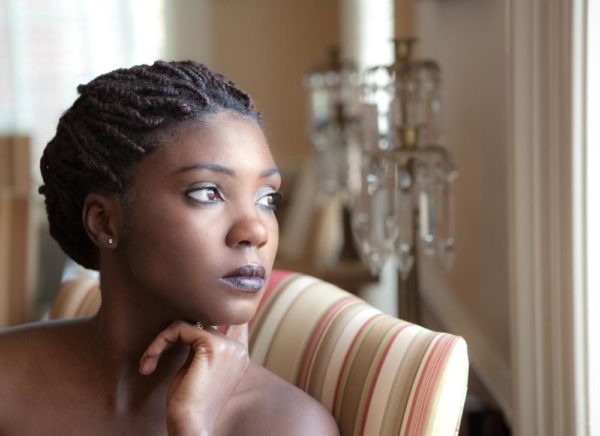 My country people! How una dey? So in my corner of the world, the “R” word is being bandied about; and since it started, there have been many articles on this site (and elsewhere), television programs, and radio shows, on how to keep it together in these times. I read and listened to them with indifference and longsuffering. Mostly with indifference. But let me tell you, there is nothing like firsthand experience to bring the point home very well. So, consider the following my personal contribution, on how to cope in this “R Season”.

You Can Lose Your Accent
One fateful afternoon, I went to The Place; you know, the one located at Lekki 1 (as it is now called). The kain hunger wey pursue me commot for library go chop, eh, it can forsake the righteous. I decided to have some rice. While I was deciding which “obstacle’ to have with it, she dished the rice and looked at me expectantly. I caught her look and glanced at the plate then back at her. “Is that one portion?” I asked. Her well-appointed eyebrows went like a jenifa yah! I just lost my Keeping-Up-with-the-Lekkians accent and said “One portion ke? Abeg put fisi na”. She smiled prettily and added some more. I ascended/descended to the Yoruba language and the girl was just smiling accommodatingly. But the jara was beginning to look like the serving of the days of yore. So, you never know when hitting home girl up in an accentless oyibo can close the gap in these times.

Mr. Alfred Rewane Does Not Matter
I was driving from Yaba to Dangote Building on Falomo, Ikoyi. The heavy rain had reduced to a drizzle. Traffic was heavy and required some James Bond moves to stay in line. It had been a very long day and showed no signs of getting better. I had removed my wig, one earring had flown off in the process of some fast steering maneuvers, while the other dangled in a lonely affair down the other ear. My natural hair was wrapped in rubber. Yes, kiko(threading) – the one you make in SS1 when you are now a Senior and you want people to know you now make your hair. Yup, that one (we would talk about that later). I was famished when I came to a red light on Alfred Rewane. I reached behind my seat and grabbed the Chicken Republic nylon to eat the remnants of the rice and poulet I had had for lunch. I brought out an already eaten drumstick and chewed ferociously on the bone with utter abandon. Behold and Lo, I felt eyes on me. I turned right only to find this brother in a 2014, red Toyota Camry (Yeah, I noticed) staring at me in mild shock. I stared back and imagined how I looked to him. It is very important to remember in this season that there is nothing like remnants. I threw the last succulent bone in my mouth and chewed noisily, while giving him a pointedly disinterested look. As I no go ever see you again, I no send you, Mr. Alfred Rewane.

All Sprays Are Not Created Equally
Coco Chanel once said a woman who does not wear perfume has no future. I like to believe that my future is very bright as evidenced by the four odd perfumes I liked to spray at once.
One day, I glanced down at the dressing table dismally. My potions had all but flat-lined to empty, even after tampering with my future with a less ambitious mix by using one per day. I was wondering how I would rPpP to get at least two bottles. (Hint: rPpP is a financial app which means “robbing Peter to pay Paul”. It has become necessary to download it as we have not been paid in monthssssssssss.) I was lost in thought as I reached for a lone spray bottle. I realized a split second before I sprayed that it was Baygon, the insecticide, that I held in my hand. But it was too late as I had sprayed insecticide in my armpits. Amid cries of “Jesus!” “Jesus!” I raised by hands up while it trickled down my body. The first thing my eyes lit on was my Body Shop Kaolin Clay face exfoliator, I jammed it up my pits and scrubbed ferociously. My eyes moved wildly round again as I ran to the bathroom and grabbed my pumice stone, while visions of amputated limbs ran through my mind, and I scrubbed even harder. By this time, my “Jesus!” “Jesus!” had shortened to “Jesu!” “Jesu!” but was no less pleading. I continued to raise my hands up under the shower and used hot and cold water before I calmed down a bit. It was a while before I could put my hands down again.
So, although all are sprays don’t tamper with your future by thinking they were created equally in the name of coping with the “R season”.

Never Give Up On Your Jeans
I have just 3 pairs of jeans. This is because as much as I love them, it is NOT easy for me to find my size, as my waist is narrower than my hips and I hate slim fitting. I travelled home to see my folks and forgot a pair there. When I went visiting again, I announced that I was looking for my jeans to which my mum replied that she had not seen them. Tears started running down my face as I jerked wardrobes open and pulled boxes out to check in them. I searched everywhere. I was crying, not because the Jeans were lost, but because I was remembering how I take waka under the rain that sanitation Saturday, from the very outskirts of Ogun State to Balogun, then to Collectibles on Adeniran Ogunsanya, before I was able to purchase them. I wept as I remembered how I had even forgotten my phone in the cabu cabu and the cabu cabu driver had told me to come to Mushin to get it from him. And finally I wept, because what will people say? “Before this “R season” she was wearing three jeans, now she wears only two?” My mum came into the room holding something up. “Se eleyi ni?” (Is it this one?) I looked up. She was holding my beloved jeans up. I shrieked in excitement and lunged for it. “Akisa ma ni mope o” (I thought they were rags). My mouth slackened as she walked out idly. Apparently, my Mother had mistaken the rips in the jeans for severe damage and had discarded it in the rag dump. In this “R Season” remember how far you and your jeans have come and don’t let anything separate you.

Tell Your Born Again Toaster That You Like Beyonce
Relationships are very important in this season. But if he doesn’t understand the above, “R season” should not be a reason for you to stay together.
To be continued…

Osisiye: I am the Goat That Died