Osisiye: I am the Goat That Died 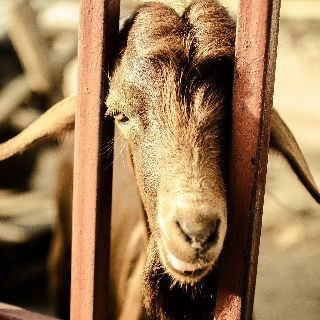 D’you ever think about your name? A name could hold a decade, a name could be a story.

Osisiye – It sounds like a perfume, a fish and a vain lady. It’s so many things and it’s nothing at all. It’s long but I’ve made it short; I will make it shorter, still.

It reminds me of gratitude, it reeks of sexism. It is for the first – but I was not the first. How can a name be a story? How can a phrase carry a decade?

Finally, she gave birth to a boy.

Osisiyenemo. ‘God has done well for me’ because a boy has finally come.

I chipped away at the name because names are not final. Now it’s just ‘Osisiye’ which sounds like a perfume on some days. But that can be shorter still, just ‘Osi’.

My cousin has spoilt the name; he was the first ‘Osisiye’. But he joined a band and smoked too much and you know how these things go. I am like him but I am not like him. I smoke, I am an artist but I know things.

Osisiye, it’s the replacement for a goat. I’m the goat that died. It’s luck come back.

Aunty Bella: My UK Visa runs out in a Month…Do I Move Back to Nigeria’s Bad Economy to Hustle or Stay?

Bobosteke: Coping with the ‘R’ Season