Bobosteke: The Fault in Our Stars 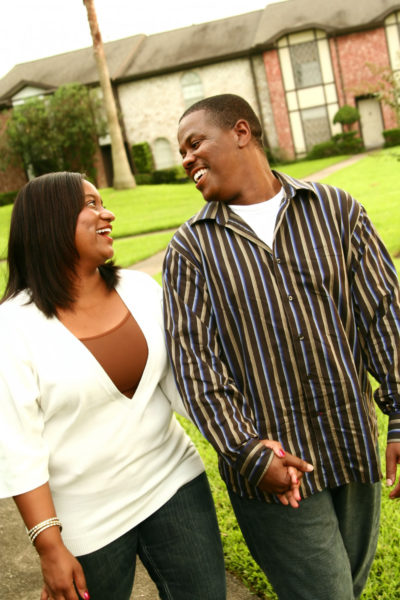 Growing up, my father always came home from work with UTC cake, some Mr. Biggs fare, and a copy of the Vanguard Newspaper. I would wait impatiently while my mother read through, after which I would perch importantly on the couch and proceed to read as well. Most of what I read, I did not understand, including the day’s astrological forecast of every zodiac sign. I however did find the drawings of each sign faintly intriguing. One day, my curiosity got the better of me and I proceeded to ask my mother what they meant; she, of course, reacted like a typical Nigerian parent: she snatched the paper from me, yelling in her military voice that it was demonic and that she must not find me reading it again.

Years went by and I obeyed. Even after I moved far away from home; even after I started buying dailies myself; even after internet came and information became really cheap and accessible. I obeyed up until a couple of weeks ago. I was chilling with my colleagues after work and the topic came up.

Yeah, I knew my sign, but beyond that I was totally obtuse. So I reached for my phone and typed s.a.g.i.t.t.a.r.i.u.s. and to say that I was pleasantly stunned is putting it mildly.

In those days, when people made a list of characteristics they wanted in people they would like to marry, they had stuff like God-fearing, tall, handsome, and caring; does not shout, a good provider, gentle, not a wife beater, etc. My list, when I was forced to make one, went like Engineer, non-yoruba, preferably south-south, considerably older or considerably younger, strong silent type, knows how to dance, laugh, cook and drive, a thinker, knows how to set my sapio-sexual hormones on fire. On neither list was there any mention of any particular zodiac sign.
So I rediscovered Sagittarius, the wild child of the zodiac and a fire sign ruled by Jupiter. Sagittarians are said to be on a constant quest for knowledge hence, the archer symbol. Uorthodox Intellectuals “r” us. I’m sure every sign has famous people they can brag about but we hold all the four aces for creativity and crazy imagination. I mean you can thank us for Walt Disney, Steven Spielberg and even C. S. Lewis. I’m sure Fyodor Dostoyevsky was born a premmie. He should have been a Saggie.

Now, I began to read about the personality traits of a Sagittarius woman and suddenly, everything about me did not, make perfect sense. You mean there are so many other people like me? You mean everything I am, sans experience and genes, has been predetermined by the alignment of some designer stars? I saw the word promiscuous and I thought, eh? That must mean someone who likes to make promises; I read lazy and I went cross-eyed. If lazy meant using shorter words like “fake” rather than “ostentatious” then I’m your girl. They say we are blunt. Well, I understand that there is a difference between saying “your feet are too big for the shoes” and “the shoes are too big for your feet”. For Saggies, as long as there is “big” and “feet” in the sentence, we don’t see any difference. We are called extravagant shoppers. All I’m going to say is that there must have been a reason Versace was born a Sagittarius.

All these aside, wouldn’t it be nice to think the reason all the relationships we have had, (both the major and minor leagues) did not work was because all some faults were in our stars?
A Sagittarius in a relationship is as aptly described in Bette Midler’s (a Saggie herself) and Co.’s rendition of “You Don’t Own Me”, in First Wives Club (circa 1996). We are free, fierce, independent spirits. To love us, you must understand that you don’t own us. Leave us alone as we are. Don’t come with any revised standard version: our publishers don’t do reprints or abridged editions. We like to be with you and not of you at the same time. To say the concept of marriage is nerve-racking is understanding that it’s a life-long hustle to remain single, because for a Sagittarius, the mundane and routine life that comes with being married has driven some to commit suicide, manic depths of depression, and aching philosophical questions.

A tamed Sagittarius is a tragedy to watch: Just ask Mark Twain, Lucy “Maud” Montgomery and Winston Churchill. But oh, when we do commit, we are the loyalest people you will ever find, even if it kills us. Our Edith Piaf’s “L’hymne l’amour” is a tribute to every Sagittarian who has ever loved.

Against this backdrop, I wonder how less weird and off I would have felt; how “what is wrong with me” and “why am I like this?” questions would have featured less in my life had someone told me and admitted that somehow your zodiac sign provides a succinct definition of who you are. No matter how religious you are or want to kick against this, the evidence stacks up really fast. There is a lot of truth in this world and not all of them are restricted to the Holy Books. Only seek wisely.

Now, I consider all the relationships I have had, and I understand why relief was the first thing I felt when my Aquarius fiancé said he could not go through with the wedding. How Gemini’s constant care and unending deep thinking kept me on edge; how Cancers weird closeness to his mum and his need to touch me all the time annoyed the hell outta me; how my attraction to Capricorn was dead in the water and why Leo is still crown less ‘cos my life cannot be a constant worship session; why Scorpio was the almost the ying to my yang and why the others never interested me.

People are humans first, not defined by race, color or any constellation and that is the way we should learn to love and understand them. I would not begin now to live my life by predictions or horoscopes. As Garth Brooks (not a Saggie) sang in his song “The Dance” “…I’m glad I didn’t know the way it all would end …our lives are better left to chance, I could have missed the pain, but I’d have had to miss the dance”.

My beau is Cancerian, one of the most incompatible of the signs with a Sagittarian. This has not made me leave his side. If anything, it has made me understand him better and why I’m likely to take flight without notice.
It’s never really been our tradition in this part of the world to check if someone’s zodiac sign would lead the path of true happiness. Our parents only went to “confirm” if you had a good future together. Others have spiritualists on full retainer for other purposes. The results are never really kosher. Which shows that in the end, your life is what you make it.

So, have you ever dated anyone based on your signs compatibility? Please share and let us know how it went.

Atoke: Nigerian Festivities & the Crime of One Piece of Meat & Half Moin-Moin

BN Travel: Wanna See Inside Asia? Check Out Zainob Fashola’s Recap of Her 32 Days of Adventure in Japan