Bobosteke: The Brother, the Banker & the Barracks 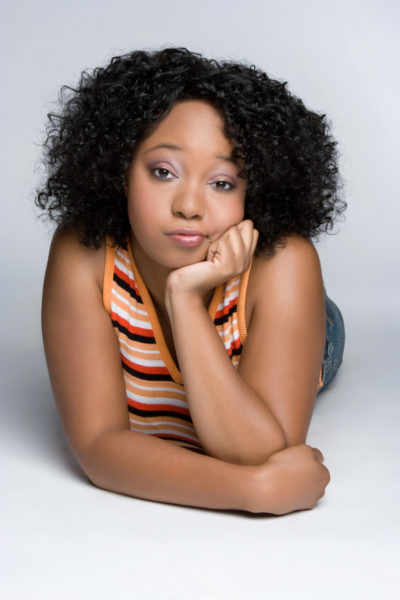 Everyone loves an absolutely gorgeous “How we met” story. I have one that personally stands out. It still makes me smile till today and I will be smiling for years to come. Sometimes, remembering that moment is the only glue that keeps you two together when things get rough: you remember the innocence of feeling and the magic of possibilities.

That said, my focus is on a trend that I find somewhat disturbing. It is when people, who in the ordinary course of business, have access to your information, and use it to get in touch with you in a personal capacity to make romantic overtures. Some have met the love of their lives this way and have had no cause to regret it. Some would have been lost in the oblivion of ‘had I known’; missing out on an opportunity to have and to hold someone they would have absolutely adored. But do we because of these reasons, betray the confidence and trust reposed in us by our employees, to pursue matters of the heart? This information and the positions, are given in trust with the implied expectation that you would not abuse it. Take note that this person must have had some form of physical contact with the would-be recipient of l’amour to warrant the trickling of feelings, so what happened to a good old fashioned face to face “Hey, how are you doing?”

So consider when I stood up as a first timer at a church I attended close to a friend’s house where I was staying. I don’t why on God’s green earth I stood up, but I did. We were called out, prayed for, and told to follow an usher to a room where we were welcomed by a Greeter and given a Welcome Card to fill our details in.

I went back in for Sunday School after which I tried to make my way out of the church when I heard someone call out my name. Turns out to be the Greeter. He was speaking with this lady and he asked if I enjoined service to which I replied the perfunctory ‘Yes.’ He asked if I would be coming back to which I gave an unequivocal ‘No.’ He asked why and I informed him I was visiting folks around and would be returning the following day to my station. He gives the usual “It-is-well”; “The-Lord-be-with-you”; “See-you-when-you-are-in-town-some-other-time” semantics.

Two weeks later my phone rings. Turns out to be the Greeter. Immediately, he informs me he is calling in a personal capacity and not on behalf of the church and jumps right into the getting to know you questions. I was appalled. Like you took it for granted that I would want to hear from you at all and you have the temerity to assume that it was an okay thing to do? The slickness with which the whole thing was executed made me want to suspect it was not his first time. I asked why he hadn’t gotten my number personally. He told me the lady he was speaking to at church was his colleague at the office and he could not excuse himself to speak with me. I told him it was because he felt he could conveniently get my number from the Welcome Card which was why he didn’t take the bother. I believe you could see your colleague anytime anyway, and you both appeared to be just gisting and she even joined in our conversation. I, on the other hand, was on my way out of town, with a you-are-unlikely-to-see-me-again-meter-reading. What do you mean, really?

Consider also when I walked into the bank in my Khaki, feeling very annoyed and restless. I noticed the Manger was staring at me from behind his desk. Looking is not a crime and besides, I was in a hurry to get back to the NYSC office to submit my account number. After the hassles, I hurried out, only to find the Manager outside in conversation with someone. As I walked past, he called out and asked “Are you a Corper” The insipid look I gave him said it all. Next thing I heard was “Can I have your number?” Before I could even think of a response, the statement I heard was “Don’t worry, I would get it off my System”. And truly, he did, because I got called, over and over again.

On another occasion, I went to the Dental Hospital in one of the military barracks. The stop and search was at its height at the time. When I went in, it was with very little drama. I finished my business and decided to leave. On getting to the gate, I was immediately corralled by two soldiers: a male and a female. The female moved close to me and directed me to the gatehouse that she would like to speak with me. Then she told me I was very pretty that she liked how I looked. She said she was shooting a music video and would want me to be in it. I’ve heard of people asking absolute strangers at airports to be on their bridal train but my level of shock was still unprecedented. Not to knock a sister’s hustle, my response was very vague, but I gave her my number all the same.

Later that day, I decided to get a new suit for my sister who was going for a job interview, just to boost her morale. I was wandering from shop to shop when I got a call. “This is (Fill in a rank) XYZ from ABC Barracks. I was the one who told them to get your number for me at the gate”. What in the world? I was completely @#$%^^^! My naiveté at the point never made me suspect the motives of the Officer who had stopped me. Please note that there are about three gates out of the barracks that I know of. Did he have to call all three to ensure that my number was obtained?

Women (most) love attention. We love it when men try to get us to notice them and vie for our affection. It’s an entrenched part of the mating game. But there are lines which I feel should be maintained and respected. Attention can easily become trespass, abuse, and even stalking.
Perhaps menfolk may also be under pressure to pull the most amazing how we met story for future reference. Just the same way proposals are beginning to require a Grade “A” Hollywood script, with Spielberg directing skills to get a good sound bite. Maybe I’m making too much out of nothing, but tell me, what do you think?

The Fertile Chick: The Impossible