The Fertile Chick: The Impossible 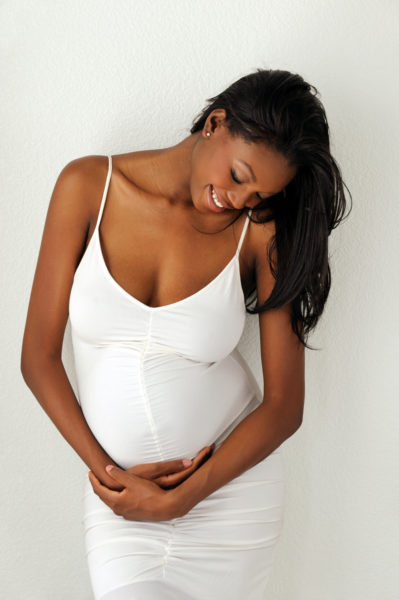 BellaNaija is very pleased to announce the resumption of one of our favourite columns – Nicole the Fertile Chick! Our community benefited largely from the articles shared, and Nicole is back with a revamped version of the column. We hope you enjoy the rebranded series called The Fertile Chick.

**
It’s so great to be back here on BellaNaija, after about a year away. I really missed writing this column. In the year gone by, so much has happened, but the most poignant for me has been witnessing the seemingly impossible become possible. Maybe because I suffered infertility myself, I unconsciously started placing a lot more emphasis on science than faith…but this past year, I have had the most radical of paradigm shifts. Some of our community members have had the kind of experiences I might have thought were lies, if anyone had told me the story. I have chosen to dedicate this first article to telling some of these stories, not only to give hope to the thousands of TTC women out there, but so that cynics like myself can see that sometimes, it isn’t all about science.

I’ll start with a lady I’ll call Zee. She joined our community last year, primarily because she was writing her thesis on infertility. She interviewed me via Skype, and as we chatted, I found out that she too was struggling with infertility, having been married for six years and TTC for five. Shortly after she and her husband moved to the U.K, doctors didn’t find any major fertility issues, except for a 2cm inch of fibroid, which they said was not harmful to conception, because of its size and position. Their case was seen as a classic case of unexplainable infertility, so they were recommended a few fertility procedures. They commenced IUI in 2012, and went through four cycles, three of which had complications due to inability to access her womb through her cervix. The fourth one that was successfully carried out didn’t work. Between these procedures, she had two hysteroscopy surgeries, one to dilate her cervix and the other to take out the fibroid that was seen earlier.

As we chatted, she told me they had been advised to try IVF, and I encouraged her to go for it! The following month (August 2015), after she submitted her final University thesis, she started her cycle. Because of her history of doctors being unable to access her womb using catheters, she was urged to undertake an IVF trial first, before commencing the main procedure. She did the trial two months before the main IVF procedure and this time it was easy. The catheter went through and her womb was accessed, so she commenced the main IVF procedure. But on the day of her embryo transfer, the same problem reared its head, with her doctor unable to access her womb. This time, the Medical director of the Clinic tried herself, three times without success, despite the fact that the cervix had been dilated twice, in line with her recommendation. So the procedure was cancelled, and they were asked to go home and prepare for another hysteroscopy to dilate the cervix, while the embryo would be frozen for them when they were ready.

When she shared this news with us, we were beyond devastated. It was such a blow. We encouraged her to take some time to heal her body and soul, and start again when she was ready.

If only we knew that God had other plans for her. That very month, Zee got pregnant naturally. At the end of the same month when her womb could not be accessed by different sizes of catheters, she conceived her baby naturally. Their son was born in June 2016.

Another lady, I’ll call her Gee, was someone I met right here on BellaNaija. From the comment section here, she joined our community and we soon became fast friends. When we met at the beginning of last year, she’d already had a failed IVF cycle before, and was preparing to cycle again. She and her husband had been TTC for a few years, and her husband had been earlier diagnosed with low sperm count. In the words of the doctor they saw at the time, it would only be through a miracle for her to conceive naturally and he advised them that IVF would be the only solution for them. Well, the IVF cycle failed. They then started the journey from Chinese drugs to traditional herbal medicine…everything they could think of they did. But none yielded any results. They tried IVF again, and it failed again. By now, she was drained, and decided to take a break. She was no longer active in our community, but we remained in touch on WhatsApp and Facebook. At this point, she and her husband decided to commit everything to God. More recent tests showed she wasn’t producing good quality eggs, and coupled with the low sperm count, their case appeared hopeless.

Gee told me that one day, she attended a church program and the Pastor, in his prayer, said “Your evidence will be twins”. She said she shouted and told her mother and two best friends that this was it! Even though they were already exhausted from journeying with her on the long TTC journey, they said Amen, regardless. Two weeks later, she missed her period, took a pregnancy test, and it was positive. She went to the hospital for confirmation, but the doctor told her that her uterus was empty, that it was probably an ectopic pregnancy, but asked for them to get blood work done regardless. Since she wasn’t in any pain, she and her husband convinced the doctor to let her go home. She lived nearby and could always return if anything happened. By her next visit to the hospital, not only was the uterus not empty, they found 2 sacs and 2 strong heartbeats. Twins! She said she was so surprised, she held the doctor so tight, he glanced at his phone probably to call security, before the crazy woman strangled him. Even as I write this, I am emotional. Gee’s story showed me that truly, it isn’t about science.

Another lady, I’ll call her Vee. We also met here on Bella Naija. She has PCOS, and was battling with its ensuing effects…weight gain, absent periods…and infertility. She’d had a few IUI cycles before we met, and I was shocked to hear that she had also opted to self-medicate with injectables at some point. Radical! Eventually, she decided to try another IVF cycle, and even though there were a few logistic issues getting her dates synced, she eventually started her cycle late last year. But she hit a road block when, by the time of her egg collection, her uterine lining hadn’t shed to her doctor’s satisfaction. The result was she was advised not to transfer the embryos immediately, but to wait a cycle or two for the lining to shed. She was extremely disappointed, but waited nonetheless. Eventually, it was time for the transfer. We all waited with bated breath in the ensuing 2-weeks, only for the cycle to fail. It was heartbreaking. Vee is one of the most cheerful and selfless people you could ever meet, and as I mourned her negative result, she was full of cheer and even cracking jokes. She had a few frozen embryos, so, a few cycles later, opted for a Frozen Embryo Transfer (FET). She said she had little or no faith in it working. She just wanted to get the whole thing over and done with. Her medical team said they had never seen her so relaxed. She was very patient with the whole cycle, and even when her body didn’t respond to the medication and the cycle had to be prolonged yet again, she remained patient. She had acupuncture the day of the transfer, as well as the day after, and she confessed every positive prayer in the Bible. Anywhere fruitfulness was mentioned, she inserted her name and recited it.

Ten days after her transfer, she tested…and it was negative. But she remained hopeful. Two days later, she tested again…and this time, it was positive. For the first time since she got married, she got a positive pregnancy test result. And now, she is happily in her 2nd trimester, sporting the most gorgeous bump you can imagine.

These are just a few of the many inspiring stories I heard over the past year, and not only from our community. I heard so many stories about how faith trumped science, time and time again, how people with hitherto no hope were blessed beyond their wildest imagination.

Of course, I am not in any way trying to belittle the importance of science. Not at all. In fact, often times, I believe they go hand in hand. But like a community member, and dear friend likes to say, it’s just God’s way of showing off…of showing us who really is boss!

That said, I’m looking forward to another series here on BellaNaija, sharing the view point of a woman who doesn’t claim to know it all, but whose sole desire is to reach out to the TTC women suffering out there – to let them know that they are not alone.

Related Topics:fertilityNicolethe Fertile Chick
Up Next