Akanna Okeke: Struggle, Security, Success or Significance? Identify Where You Are 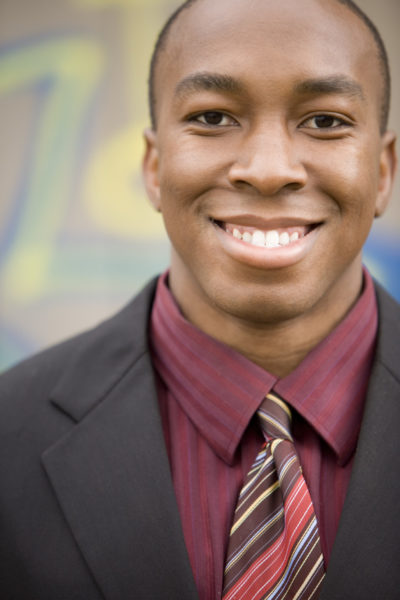 A friend relayed a real life occurrence to me: A commercial bus driver in Lagos had disobeyed traffic laws and a LASTMA official had jumped into his vehicle to ‘arrest’ him. They both were struggling over control of the steering wheel of the vehicle when, all of a sudden, the bus driver reached with one of his hands, through his trousers, into his anus and brought out that same hand and smeared ‘poo’ all over the wheel.  Of course the LASTMA official jumped out of the car at that moment, deciding wisely to ‘choose his battles’.

Not only did that story make me laugh, it also got me thinking. It’s only chimpanzees I know of that reach for their behinds and extract some feces to fling at people.  You certainly wouldn’t have a hard time believing in evolution when you see a human behave the way that bus driver did.

That is a manifestation of the base-self. A human who acts like that certainly does not think about things as lofty as his life purpose.  But why would he stoop so low? My guess is that he’s at the ‘struggle’ stage of life where he feels that the world is against him and he has to do all he can to survive –including flinging feces at people or stripping naked to protest the seizure of his vehicle.
I don’t think humans were made to just survive.  We are to serve a way higher purpose in life. We have to focus on finding out that life purpose by asking ourselves those questions discussed last week.  But we can’t do that in survival mode. We can’t do that while thinking about how to just get by. We have to get past all that. We have to reach the stage where we are pursuing significance because we already have our basic needs met.

A typical journey to significance –fulfilling your life purpose –has different stages: Struggle, Security, Success and Significance. And we have to break through each stage, continuously and intentionally. But first, we have to be able to identify where we’re at.

Struggle
At this stage, we are obsessed with meeting our physiological needs such as food, clothing, shelter, money and sex.  We need these things to survive and will do anything to get them.  The interesting thing here is that, looking closely, you will notice that many of us are still stuck at this stage even though we have our basic needs met.  It’s not enough to meet those needs –we have to work on the mentality that a lack of those needs causes – the ‘survival mentality’.

This is why you go to parties and see ‘well-to-do’ men and women quarrelling with the waiters when their tables are skipped while serving food; politicians stealing money while in office because they don’t think they have it in them to generate such income out of office; executives sleeping with their secretaries and many other women whom they have ‘power’ over in the firm; and people paying too much attention to the designer of their clothing and comparing with others.

What do you do when you’re bored? Do you pleasure yourself physically or do you run to the kitchen for food? Do you always want to look good in the trendiest clothes?  It is funny how mothers now even scold their daughters when they don’t dress up to standard.  These are symptoms of struggle –a survival mentality; catering to your base self most of the time.  You should stop, identify this and begin to deal with it.

Security
At this stage, meeting the need for stability is the primary focus. Now the struggle is over and most of your basic needs are met: You have a stable job with a steady income, perhaps have started a family, you live in a house or flat and drive a decent car.

The problem with this stage is that many people stop here.  We remember how hard the struggle was and we do all we can to never return to that stage.  So, most of our time is spent making sure that we are comfortable.  We fight to keep our jobs, we make sure we don’t lack food –eating all we can at parties or buffets and leaving with takeaway packs if possible, we keep up appearances in terms of dressing and constantly compare ourselves to those at the struggle stage to assure ourselves that we are doing well.

Breaking out of this stage onto Success and then Significance is hard- this is because it requires a change of mindset. You have to start looking, past you, out for what you can contribute to society but it’s hard to do so because you’re still concerned about how to take care of yourself and remain comfortable.

Success
This is when you start making some meaningful contribution in society. You perhaps own a business or at the helm of affairs in an organization.  At this stage, the needs you are concerned with meeting are intangibles such as self esteem –you want to think of yourself as belonging to an elite club of achievers.  You want to be a member of Ikoyi Club, Rotary Club, etc. You want family members to respect you. You want your village to grant you a chieftaincy title!

It takes guts to move on to success, especially from the Security stage.  We are certainly afraid of starting businesses for fear of losing that job security.  We would rather think of ourselves only, than think about what we can contribute to society.  We just love that safety, especially if we had previously been in the struggle; forgetting that it was overcoming the struggle that made us grow.

Abraham Maslow was right to say that “in any given moment we have two options; to step forward into growth or to step back into safety”.

Significance
At this stage, only a few things are important to you –higher level things such as giving away opportunity to others for them to be able to achieve what you have.  This is where we see an Oprah Winfrey giving Dr Phil an opportunity to have his own show; a BellaNaija giving away their platform for upcoming writers to express themselves; an Uber giving millions of car owners an opportunity to make more money than they previously were.

It is easier to move from success to significance because at the stage of success, you would have already broken away from that survival mentality that keeps you concerned about your welfare alone.

Moving up through these stages in our journey to fulfillment and actualization requires struggling both mentally and physically.  We always have to reach out and claim each level. That’s why it is hard to leave the security (safety) stage because we remember the struggle and toughness it took to move there, so we don’t want to exert ourselves again and we also go further to make sure that our children are always comfortable –removing every semblance of struggle from their lives, thus crippling them from ascending beyond that stage of security.

The best and quickest way to ascend through these stages is to reach out to those ahead of you –seek mentorship.  Also, help those behind you especially those closest to you like your domestic staff. Send them to school, teach them life lessons. They won’t be reading articles such as these because they don’t have access to the internet and even if they did, they are solely interested in content that cater to their ‘base-selves’ such as gossip, funny videos and even pornography.

When we start striving towards significance, seeking help and helping others along the way, it won’t be long until flinging feces will be a debasing activity left only to chimpanzees.

Uti Nwachukwu wants a Baby, But No Baby Mama Drama or Wife