Akanna Okeke: What Really Separates the Men from the Boys? 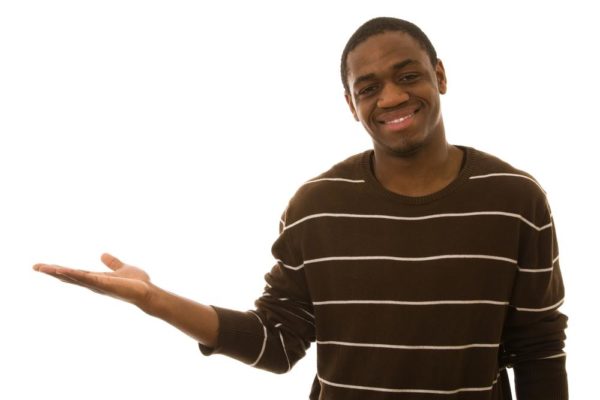 Maturity does not always come with age; sometimes age comes alone.  That was certainly the case with me during my teenage years, when the physical changes that indicate sexual maturity didn’t happen to me as rapidly as they did my peers.  I looked like a ‘boy’ right up to my twenties.

I would say the psychological changes came late as well.  I was hugely dependent on people to do almost everything worthwhile for me, even to the point of them choosing the university at which I studied for my undergraduate degree and handling the application and admission processes as well.

I was waiting for maturity to happen to me; to catch up to my age.  I soon came to realize that the choice of growing up was mine to make.  I may not have been able to control my physical development but I was sure able to control my response to it –my ability to take responsibility for my life and choose to personally grow internally (psychologically) and allow that growth to flow outwardly into my actions, which then reflected those of a mature person.

Society as a whole faces the reverse of my problem today.  We have so many physically mature boys who are yet to become men.  They haven’t changed their actions to reflect that level of maturity mostly because they haven’t done sufficient internal (personal development) work, and have refused to take full responsibility for this, and for their lives.

Below are six pairs of concepts that show the Man vs. Boy contrast.  There are certain actions and mindsets that tend to differentiate grownups from children and I try to explore some of them here. I have found them helpful and I hope you do so as well as we navigate the path to true manhood together!

Class vs. Swag
A real man has class –a certain comportment that exudes respect for himself and for others around him.  His dress sense communicates a willingness to ‘corporately’ blend with other members of society who are working towards advancing their personal economies; rather than always ‘casually’ standing out perhaps in (childish) rebellion to society.

The classy man is chivalrous.  He treats people, especially ladies, with respect not necessarily because they are ladies but because he considers himself a gentleman.  This is a man who has learnt to take his eyes off himself and add value to other people by making them feel good about themselves.

The boy with ‘swag’ majorly has his eyes on himself and hopes others have theirs on him too –to notice his unique clothing, the most recent hip-hop slang he uses so adeptly while communicating, and the bounce in his steps as he walks.  He hopes to be seen as a “fine boy” rather than as a handsome man.

Responsibility vs. Entitlement
It’s quite admirable the way Western cultures make it shameful for a boy of over 18 years to still be living with his parents. They are considered adults at that age –men!

A man should be willing to leave his father and mother. Even if this does not happen in the physical sense due to economic conditions that may make getting a house almost impossible, it should at least happen in the non-physical (or psychological) sense.  Leaving father and mother involves being able to provide his own physical and financial needs (like the father typically would), as well as to have developed emotionally so as not to rely on the emotional support that a mother typically provides.

Becoming a man involves a change of mindset from one of entitlement to one of responsibility.  One quick way I have seen that this happens for men is through starting their own businesses.  You immediately become responsible for yourself and other people in your employ. You no longer rely on the benefits and entitlements that come with paid employment.

“In Spite of” vs. “Because of”
Real men value commitment.  They follow through on the decisions they make even after the mood in which they made them is gone.  They take care of their families in spite of economic hardship rather than abandon them because of it.  They stick with their girlfriends and even marry them in spite of them getting pregnant (due to their boyish behavior) rather than run away because of it.

This attitude is carried over to every aspect of their lives as they make value-based decisions rather than being led by their emotions.  One of such emotions is fear. That is why a boy will date a girl for years and never propose marriage; or will propose and never actually get married.  Real men will stick to their commitment because they understand that making a commitment to someone gives them hope, but keeping that commitment builds trust.  And real men value trust over mere hope because trust is the currency for every lasting friendship, relationship and business partnership.

Sensitivity vs. Sensation
Real men are sensitive to other people’s needs rather than being purely driven by theirs, like boys are.  They understand that unlike them, women don’t have such a pressing need for sex but for affection and so are willing to put aside their needs to give their women what they want.

“Men and their toys” is an expression often used to describe a man’s love for gadgets.  They say that as boys grow into men, so do their toys grow into more expensive gadgets.  A real man, though, would be sensitive to his family’s needs and make sure to provide for them first, before going out there to spend ‘ridiculous’ amounts of money on his “toys”.  He won’t allow his personal cravings get in the way of his responsibilities –that’s boy stuff!

Productivity vs. Activity
The restlessness of a boy can be seen in his activities –the numerous parties, the hours of video-gaming, the variety of casual dates, and the inability to keep a job long-term because his ego keeps getting in the way of submitting to authority.

A boy grows up into a man when he decides to quit all his unproductive activities and start engaging in productive ventures like starting his own business, taking his job more seriously, getting into relationships with a long-term vision, and becoming aware of the fact that his actions today will determine his outcome tomorrow, so he starts thinking more about the future; his future family and the type of life he would want to give them.

Contribution vs. Consumption
The greatest of human fulfillment comes from contribution.  Therefore, this is not for men only, but for everyone.  We switch from a consumption mindset when we stop thinking about “me, me, me!”; when we stop being selfish and become a bit more selfless.

The youngest president elected to office in the US admonished the citizens to adopt a contribution mindset.  He wasn’t about to let his age get in the way of his chosen maturity.  He told them to “ask not what your country can do for you, ask what you can do for your country”.  He was, in effect, telling the boys to man up and create their own economies; contributing to the prosperity of all as a result.  It is no wonder that his short presidency was marked with economic prosperity, emerging social and diplomatic changes.

It is to your advantage and those dear to you, that you put away the childish things –the unproductive activities, swag, excuses, sensualism and selfish desires to embrace true manhood.  Boys will be boys because it is easier to stay there, than to rise up and man up!

AnuOluwapo Adelakun: It Takes a Village to ‘Raze’ a Child

Busola Abayomi-Adebayo: Don’t Share Details of Your Relationship with a Third Party? Let’s Talk About It!