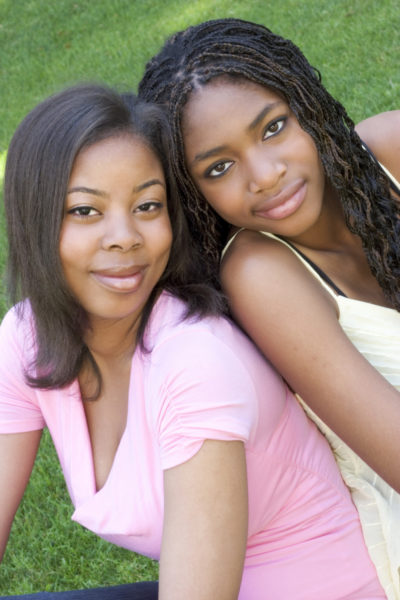 I have often pondered on the word ‘friendship’. By my definition, it symbolises a mutual relationship between two or more people who are close to one another and share confidences a.k.a friends. The Encarta dictionary describes friendship as mutual feelings of trust and affection and the behavior that typify relationships between friends. The keywords there are mutual feelings and trust. The other day my little niece asked me, “Aunty, who are your friends? What are their names?”. She always tells me about her friends in excitement and innocence; and that day after one of her endless chatter, she remembered to ask me about my friends. I was a bit lost in thought about how to answer the question, however simple it sounded. Never mind that I have hundreds of ‘friends’ on Facebook, I still couldn’t answer the question without thinking first.

Over time, I have come to the conclusion that friendships are not set in concrete. The person you consider a friend today may end up being an acquaintance tomorrow or even worse a foe. There are many reasons why friendships dissolve but in each case I know, there has always been some sort of betrayal of trust involved. I remember the many times friends have betrayed me. Right from secondary school till date, I still meet such friends who literally use me and dump me. They get close to me on purpose with the goal of benefitting something from me, and the minute they do, they dump me or betray me in the most hurtful of ways.

Saundra was one of my closest friends in secondary school. Thankfully I did well in school so I was an ‘A’ student. At first I thought she was really kind, she had befriended me upon resumption of school after a long holiday. She resumed early that term so she kept a seat for me and became my seatmate for the next three years till we graduated from secondary school. It was not until my final year when she started behaving funny that I realized she was using me. She told me she had kept a seat for me and intentionally became close to me so that I could teach her and she could be as good as I was. Now this is not the best reason one would want someone to be their friend, it sounded cold and really manipulative. Once she felt she had got what she wanted, she literally became distant and unfriendly. That was my first dose of betrayal from a trusted friend.

Fast forward to University and I was caught in a similar web, I became friends with Dora who ended up betraying me. It had something to do with a class test which held on a day I missed school because I was ill, and she didn’t tell me about it. It was from someone else I found out about the test and thankfully the lecturer organized one for me afterwards. I felt really hurt because what it implied was that she wanted me to miss out on the 30 marks CA that semester and obviously fail the course. I couldn’t understand why she didn’t tell me about it because we always read together, and I helped her understand difficult subjects. Not bragging, but I was academically strong. Naturally the friendship dissolved that semester and I didn’t look back.

Then came final year and I made a new friend, Samantha, another classmate whom I later realized got close to me for the same purpose of gaining from me academically. We would prepare for exams together and even times when I hadn’t read enough I would still teach her the little I knew a day before exams. The way she changed towards me at the end was quite shocking because I didn’t see it coming. She would out rightly ignore me when she saw me and frown and was just angry with me for reasons I didn’t understand. I came to accept that as well and let go. Many years later when I grew more mature I confronted her and asked what I ever did. Surprisingly enough, she denied ever behaving that way and even asked for my forgiveness claiming she didn’t mean to. I just smiled and let it go. That was my first time addressing such behaviour with one of such friends and it helped me to let go and be free to move on.

At Masters level, I faced the same experience with my roommate whom I grew close to and because I had become confrontational I promptly asked what the problem was and she said it was nothing. I let that go too.
The peak of this betrayal saga was when Brianna, the girl I thought was my closest friend from University, whom I sacrificed quite a lot for back then, recently changed towards me and just cut off the friendship to the point of unfriending me on social media.

Now I am in no way claiming to be perfect and painting a picture of being forever hurt. I definitely may have hurt people unawares and maybe there is something I keep doing wrong over and over again which I do not know about. But my point is I have been hurt several times by friends but I have learned how to not let it hurt me anymore. This is what I call the winning attitude. I initially went from letting go and still hurting, to confronting them and forgiving. I have come to the point where I have accepted it and have become indifferent. I now accept people however they are and never expect too much anymore. I have battled bouts of depression phases, prayed many times about this repeated cycle and asked God to help me. I am happy about my present state of indifference because it has helped me a lot. I had to develop this attitude for my own sanity and good health.

Presently, I do not even notice how “frenemies” treat me. I do not bother with confrontations anymore and sincerely couldn’t care less. To answer my niece’s question, I said, “yes baby, I have friends”, and then I mentioned a few names with uncertainty. Yes I still have a few friends, though not very close ones, and I am open to making more. I try to maintain a warm personality and welcome as many people into my life but I am prepared for anything, as I now know that friendships can dissolve anytime.

Are there others who have faced similar experiences? How have you dealt with the situation? What’s your winning attitude when friendships dissolve?

Ms. Elle is a scientist by day and an aspiring relationship and lifestyle writer by night. She enjoys listening to people's stories, public speaking, traveling and catching bugs.. She likes staying optimistic and plans to launch her own website someday. You can reach her via email, [email protected]"