Onomarie Uriri: For Hillary Clinton & For Girls Who Dare to Be Different 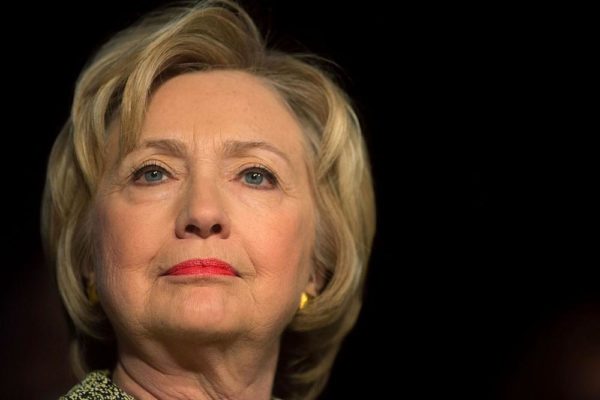 “Why can’t you be more agreeable?”
“Less dramatic?”
“More patient?”
“You know, you’d go so much further if you weren’t so opinionated!”
“A woman doesn’t act like that; who will marry you?”
“Why are you so ambitious?”

And so on and so forth.
If any of those words have ever been said to you… even in jest, welcome. You are in the right company.
I can’t remember when I first heard or saw Hillary Clinton. It might have been in 1995 during her famous “Women’s Rights are Human Rights” speech in Beijing, or it most likely would have been during the whole Bill Clinton/Monica Lewinksy debacle in 1998. Even then, as a fourteen year-old, Hillary’s true essence didn’t really connect with me, I just remembered her as the unusual American woman who forgave her straying husband after a highly publicised encounter.

10 years later, she would pop up again on my radar in 2008, when she was up against Barack Obama for President of The United States. Prior to that, I hadn’t followed her work as Senator, or any of the bills she’d agitated for, or even her personal life. I was 24 years old at this time, and only becoming aware of myself as a woman; so again, I didn’t really pay her attention. I liked Barack Obama; he was black, half African, talked a good game, and was so damn fine – so of course, I supported him. In fact, I was a little miffed at the extent to which Hillary gave him a tough time.

“I mean, does she think this Presidency belongs to the Clintons? I thought.

I didn’t know anything about politics, policy, or diplomacy, and I honestly didn’t care. I was so glad when Barack Obama was sworn in as President in 2009. I remember watching it on television, and crying big, hiccupy tears. Call me emotional, but I honestly never believed that a black man would become President. Ever. In the same year, Barack would announce Hillary Clinton as his Secretary of State, I thought: “probably politics,” and then moved on.
Sometime in 2012, I walked into Laterna Ventures looking for a book about women in the work place, and one of the attendants told me to go to the second floor. “There are some interesting ones there.” So I go in, look around, but nothing is really jumping out at me, and then I spot Hillary Clinton’s ‘Living History.’

“Ah! See this woman o! She might have useful things to say” I think to myself, and go ahead and buy the book. I’m 28 years old now, and have had my fair share of trying to find my place in the world. I buy the book, but don’t read it till about 5 months later. And when I do, I don’t stop. I can’t. The more I read the book, the more I feel like this woman right here is a kindred spirit. She talks about her life growing up, attending Wellesley College, being politically aware, dating Bill Clinton, and eventually marrying him (after he asked three times!). The book is a treasure trove of information. In a chapter, she talks about the rage and hurt she felt when Bill finally fessed up to his indiscretion with Monica Lewinksy. I remember thinking: “wow, I know how that feels.” She talked about her decision to forgive and move forward, and how that wasn’t an easy choice, but one she felt convicted to do.

There’s a particular chapter where she talks about being stuck in traffic somewhere in Washington, on her way to the Capitol Hill for an event. She gets so frustrated sitting in traffic, that she leaps out of the car… without shoes, breaking protocol, and making the Secret Service run after her in horror. This particular scene makes me chortle and laugh loudly because I recognize myself in this impulsive, protocol-breaker, impatient woman. Hillary Clinton makes me comfortable to be me. I recognize someone who didn’t care too much about public opinion, because she was so busy getting shit done. I recognize a woman who was (and still is) an incredible advocate for children and women’s rights, someone who worked passionately and determinedly for things she believed in. And I looked at her and I saw hope for myself. From that moment on, I became unrepentantly #TeamHillary.

Last month, I began reading her second memoir “Hard Choices,” and I became even more convinced that she was the best qualified candidate to become POTUS. No one in recent times, has her range of experience in statesmanship, diplomacy, politics and policy. But beyond that, Hillary shows us all, what is possible. You see, if you’ve ever been called “too much” or even, “not enough,” then you have more in common with Hillary Clinton than you can ever imagine. If you’ve been criticized for being too different, too dramatic, not friendly enough, too loud, too ambitious, too stubborn, then HRC is your patron saint.

Hillary Clinton’s journey to becoming the 45th President of the United States was dogged with so much scrutiny and nastiness. Her hair, her laugh, her health, her marriage, her child, her home, her work, her career, everything was picked apart – but still she kept moving forward, showing the strength of her ideas and power. If that isn’t leadership, that sort of dogged, focused, strategic, resilient vision, then I don’t know what is.

But best of all, she’s shown all those who’ve ever been labelled “contrary” or “different” that there is indeed hope to become something phenomenal. Congratulations Hillary, you absolutely deserve this position, I hope the years are a bit kind and fulfilling. From one different girl to the other, “thank you for all that you are. You absolutely totally rock!”

Topaz Akins: Give Back! You Can Do Great Things in Little Ways

Mummy’s Yum: A Personal Story on Diabetes in Nigeria and an Unripe Plantain Muffins Recipe for #WorldDiabetesDayNG

Francesca is the Head of Communications for West Africa at Uber. A Public Relations and Communications expert with 11+ years’ experience spanning corporate relations, corporate reputation management, event architecture, media management and content development, Francesca has worked on a broad range of projects and accounts, providing strategic communication and media engagement strategy for a variety of Fortune 500 companies, social impact organizations, and start-ups. She is also the Founder of Leading Ladies Africa; a women empowerment non-profit that celebrates the lives of African women, and promotes leadership, diversity and gender inclusion. Follow her @zanyfran on Twitter and Instagram Running in Heels is a (safe) place where we can have honest, heartfelt, “no-frills” conversations about being career women (and men) in the workplace.