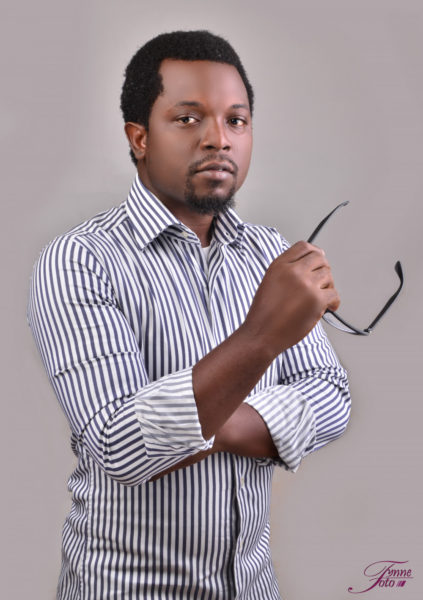 “Parents listen to your children!
We are the leaders of tomorrow!
Try to pay our school fees!
And give us sound education!”

As a primary school pupil, I would leave the daily morning assembly chanting this song with great conviction. Marching off the assembly grounds may have been a routine for many of the pupils in my school, but it wasn’t for me. There were many other songs to bring the assembly to an end, but this was my favorite. It provided a subtle promise. A guarantee. An assurance. If my parents paid my school fees and provided me sound education, I would be a leader tomorrow.

For me, this prospect was good enough. Tomorrow definitely would arrive someday, and I would be ready to lead.
I would watch our Mrs Akintoye, the headmistress, intently while she conducted the assembly proceedings. She was a leader. I wanted to be like her. At home, after bedtime, while everyone thought I was asleep, I would amuse myself by re-enacting my father’s way of addressing people and matters according to the situations that presented themselves during the day. He was the leader of our home and community, and by emulating him, I was preparing myself for the promised tomorrow.

If tomorrow ever came, it certainly would meet me prepared. Armed with my sound education, the impeccable elocution I learnt from listening to Mrs Akintoye during our daily morning gatherings at school, and the poise that came from copying my father’s carriage, I would make a great leader.
Alas! Tomorrow would never come. Memories of Mrs Akintoye and My father would become reminders of a dream that has refused to come true. And I would eventually resign myself to the grim reality of a failed promise. A promise made by a generation who can no longer be taken for their word.

Having given up the lofty dreams of my childhood, I have adjusted to life as a realtor.
Now in my thirties, I cannot help but ask. What happened to tomorrow? Was tomorrow dangled before us to get us to be the best in academics, so that we could use our knowledge to contribute to the election campaigns of our fathers. Or was tomorrow just an outright scam? I imagine a group of old men sitting in what resembles a hallowed chamber, arguing vehemently.

“Why are this children still expecting tomorrow? Shouldn’t they be tired by now?”
“I cannot answer your question, Elder K, but this is what I propose. Let us just give them a peep into tomorrow”
“No. No. No. That will not work. I will prefer we just keep sitting on it. I know that they have been prepared for it, but we will be too idle if we give it up now.”

Forgive my imagination for being so descriptive, but I have kept asking and found no answers, so I resort to my dependable vivid imagination.
How else do we explain the scarcity of Nigerian youths in the leadership of our country? I chose the word “scarcity” because a word like “absence” would be an insult to the few who have worked hard to secure their places in the top echelon of public offices across the country.
However, I admit that “absence” would have been a more satisfying word to describe whatever presence young people may have in the leadership of this nation. I would like to liken this presence to a drop of water near an ocean.
Or maybe as Nigerians, we can relate more to comparing it with a single speck in a bucket full of garri.
Can anyone please explain why among the 36 states in Nigeria, no single state has a governor below the age of 35. In a federal cabinet comprising 36 members, excluding the President, no single minister is below the age of 35.
(Note that my preferred age limit for defining “youth” is far below 35, but for the sake of adapting to the Nigerian situation, I’ll make do with it)

Even when a young person gets to a place of prominence in public service and leadership in Nigeria, the achievement becomes a subject of awe in many quarters, with the individual touted as a sort of rarity. A relic. A wonder. A Victor. One who grabbed life by the throat and forced it to throw up the much awaited tomorrow into his/her hands.
This leads to another question. Why aren’t many young people in this category. Well, I’ll give you an answer- Gerontocracy.
Gerontocracy is defined as a system of government or living where leadership is reserved for elders.
In these parts, Gerontocracy is not only a “system of government”. It has become a living being. A monster that has seized us by our shirt collars (apologies to those who only wear T-shirts), and shaken us so hard that we have let it dwell amongst us, that we may live in peace.

Gerontocracy is the reason why a young person will express aspirations towards a certain position of leadership, only to be told to wait and “understudy” a senior person who has waited patiently for the post in question. It will not matter if the “senior” is ill suited for the position or has a history of reckless living. It wont matter if this young person had spent years doing pro bono community work to learn the ropes. It will not matter if the youth had spent several nights reading and given up his life savings on courses and qualifications required to excel in such a position. It really will not matter, because gerontocracy is a resident of Nigeria. Bona fide resident, with national identity cards and all.

Nevertheless, I will make do with the option of joining the few who have decided to look past the failed promise of tomorrow and give life a kick in the sheen, if that is what it takes for me to be a leader in today’s Nigeria.
Maybe when tomorrow does arrive, it will bring me a new pair of spectacles, because as of today, I only view it as a failed promise and nothing more.

Alabi Afoke is the C.E.O of Property Guide, a real estate company, and a public office aspirant. He is also an avid writer with a strong love for quality Ice cream, Shawarma with extra cream, and Afrobeat music. Follow him on Instagram @ fashh2016