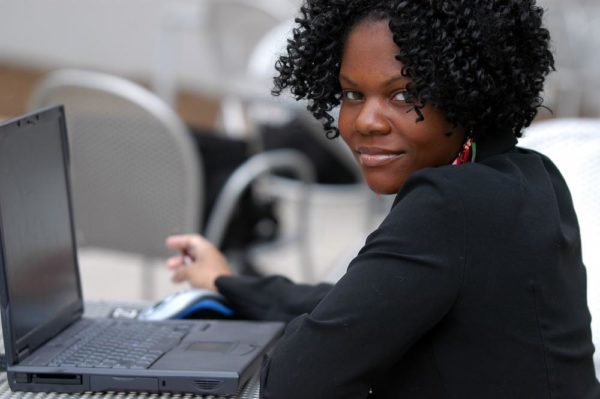 The government’s approach to addressing the nation’s youth unemployment crisis is one that has done little to tackle the rising unemployment rates. There has been a constant cycle of setting aside billions of Naira for various projects and programmes with hardly any structured framework or long term practical planning as to assessment and longevity of such programmes.

In light of the recent protests that took place last month in the country, it is evident that many Nigerians, particularly the youth are beyond frustrated with the current state of the economy. It has become a struggle to maintain a basic standard of living with the prices of most food increasing, and transportation costs constantly on the rise.

It is also worth noting that these price fluctuations vary between states, local communities and from market to market. Many communities that have reduced access to necessary infrastructure feel the more adverse effect of these changes.

The protests also voiced many of the underlying concerns of the people regarding unemployment, corruption and unstable electricity. Arguably these are not new problems, but evidently, rising unemployment appears to be at the forefront of the growing concerns in the nation. If long-term sustainable development is the goal, it is fundamental that policies are centred on investing in sectors that can create the necessary employment opportunities that can keep the youth productively employed.

According to the National Bureau of Statistics of Nigeria, Nigeria’s unemployment rate has risen to a disappointing 13.9% in the third quarter of 2016. Youth unemployment rose from 23.9% in 2011 to 25%. The number of unemployed youth is incredibly disappointing. Over 40% of Nigerian graduates remain unemployed, and for many these frustrated individuals, jobs within the informal economy have been the only alternative due to lack of available formal jobs. The general assumption is that with a rise in the youth population, there is a greater opportunity for economic development as the youth can effectively participate in labor markets, increase productivity as well as drive innovation. However, youth unemployment has become the renewed scourge in the nation and coupled with the country’s current economic situation poses a possible threat to the nation’s economic and political stability.

The nation has consistently been characterised by “jobless growth” and inequality levels are at an all time high. With job opportunities being nearly non-existent, the only recourse for some of the youth has been engaging in violent or disruptive activity with kidnapping and robbery becoming an increasing phenomenon. For those of us that are enlightened enough to comprehend the possible outcomes of the current situation, we know that the the severity of the consequences that may arise in the near future are immense. Rural-urban migration has continuously exacerbated over the past couple of years, a particularly concerning occurrence for overpopulated cities such as Lagos that already struggle with a housing crisis. The uneven development between the North and the South is one that cannot be continuously ignored. The population in the North is constantly rising faster than the south and considering existing educational barriers in the former it is fundamental that these youth schemes are focused on these already vulnerable regions as a priority. The possibility of extensive vocational training schemes across such regions is one that should be explored.

The current government has not been completely inactive in trying to avert the rising crisis, it has taken decisive steps to set up a number of youth employment programmes. However, I argue that the potential impact and longevity of current programmes are highly debatable. In 2016, President Muhammadu Buhari launched a 10 billion Naira Youth Entrepreneurship Support (YES) to empower the youth with loans to start businesses.

This programme is part of the Federal government’s youth employment programme that is to create 36,000 jobs annually. The impact of other youth programmes such as the Youth Initiative Empowerment Development Programme (YIEDP) and the Comprehensive National Youth Empowerment Programme are still up for debate. Nigeria could emulate countries such as Kenya that have proven to be paradigmatic in such policy implementation. The country, together with the support of the World Bank in 2010, launched the Kenyan Youth Empowerment Project, a 5-year project aimed at addressing youth unemployment. During the duration of the scheme, 75% of interns participating in the project secured employment and an additional 10% went on for further skills development.
The government further pointed out that the lessons learnt from the project would influence the design of the new initiative the Kenyan Youth Employment and Opportunities Project.

The youth have the potential to be a great asset to the nation but under current economic circumstances it is likely that they might become a liability. In order to ensure stability and curb rising social unrest, it is essential that policy makers critically examine what areas are most viable to expand job growth as rising youth unemployment has a great potential to undermine current and future development plans.
There needs to be a shift from a desire to implement ‘convenient policies that throw billions of Naira at the problem’. Well thought out pragmatic strategies that will set the nation on enhanced growth trajectory must be the main focus.

Beti Baiye: Of Endometriosis – The Pain & Living in the in-between Times

Adaobi Oni-Egboma is a 21-year-old female from Delta State who grew up in Lagos Nigeria. She has a Bachelor of Laws Degree (Hons) from the University of Leicester and is currently studying African Development (Msc) at the London School of Economics and Political Science. She is a passionate advocate for good governance, who believes strongly in youth empowerment and engagement as a tool for reshaping the Nigerian narrative. She is currently working on her Nigeria rediscovered series of articles that will focus on appreciating the Nigerian culture and its history.