Rejoice Abutsa: Fighting the Culture of Silence is the First Step Against Child Abuse in Nigeria 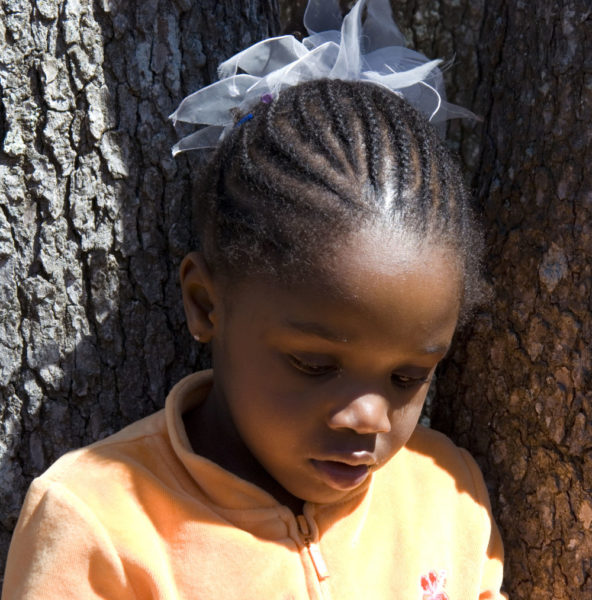 Have you seen the film “Impossible Relationship?”  It features Mercy Aigbe and Yemi Blaq in leading roles, and is directed by Morris K. Sessay. The film starts out with a mother in her kiosk trying to make ends meet. She is alerted of a neighbour’s failed attempt to molest her daughter. She hurries home to the situation. She fights and yells curse words at the pedophile. When she decides to report the case to the police, her neighbour reminds her of how underprivileged people do not seek for police protection, especially in such shameful cases; and because the pedophile did not succeed, it is enough reason to forget the issue.

What happens through the film is that she continues to share a compound with the pedophile, while directing spiteful words at him anytime they come in contact. That is the best she does. Poverty keeps them together; poverty discourages her from speaking up because she believes the law is not there for her, along with the shame of reporting such an incident. By remaining silent, she has protected the pedophile and put many other under aged girls at risk.

This incident constitutes 10 percent of the film, but it is the painful reality of child abuse. There are parents that wake up every day to the face of someone that abused their child, or made an attempt at abusing their child. They’ve let it pass, because it is too much of a burden to speak about it, or to report it. They continue to exist with hope that time will heal all wounds. In cases of abuse, time does not always heal.

Another pivotal part in this film is a scene where her male boss accompanies her daughter to the restroom. His intention is to show her the restroom, since her mother is not available. When the mother returns and finds her daughter upstairs with her boss, she gets angry, defensive and she quits her job for fear that he might have attempted to abuse her daughter.

That is a mother’s fear as a result of a past event; but her fear is the reflection of what abused children suffer. Some of them go through life in constant fear of people. They live in fear that swallows their aspiration and goals. Fear mounts them and takes potential away and it returns again when they attempt to be great.  Fear stiffens them, cages them and refuses us the privilege of reaping from what can be greatness. The internet is flooded with several stories of abused teenagers, sometimes toddlers and even babies and we hiss for a moment and move on. Where do these stories come from?  Reality has it that it happens regularly, sometimes very close to you, and you have ignored it because it is none of your business.

Most of our problems are as a result of silence. If you are poor, you should have no opinion, after all, you chose laziness. If you are below 35, you have not lived enough to share your opinion about the nation’s woes and if you are female, just shut it. That is our reality and we are thought the culture of silence as a society.

It usually starts with the rule of ‘respect your elders.’ The idea that elders are always right is enough to keep a child quiet. Children are conscious of happiness; they are conscious of disrupting family peace. When the abuser is in the family, they keep quiet about it. Sometimes, it is because they are threatened, and most times it is because they’ve considered how family will react.
Other times, abuse starts with a joke. For example, a 40 year old insists that a five year old girl is his wife. He calls her ‘my wife’ before her family and they accept this and encourage it with a smile. It is used as a trap to get her. As young as he is, as innocent as the joke is, it causes great harm.

If we get used to open discussions about the topic, then we do our future a great good.  The first step to fighting child abuse is to insist on talking about it. Talk about the problem in a way that families do not feel like it is a subject to hide if it happens.

It is important to talk about it in schools, so that children can identify it before it happens, and report it. If we insist on speaking on the topic of abuse, we fight the shame culture, that abused children and their families suffer.

Shame is the reason abused children protect their abusers. It is why we have so many abusers in our society. Some of them are victims of abuse, who were not defended and so they grow and continue the cycle. They grow without care; and because life has taught them from an early age to live without fear, or to hurry through life without pausing to think, they move along and make create other victims.
It is a complex situation; most times it is reckless, and because we sneer at children for being victims of abuse, we continue to create a culture that causes harm.

Let pedophiles die of need and starvation, but children must survive in a healthy environment that affords them proper growth, with no physical and emotional torture.

We all have a role to play in protecting the future of the child that does not belong to us. Stay alert, be observant, be snoopy and speak up.