Stories concerning the trials of Nigerian immigrants have made the rounds for years. Mid-discussion, people ask, why relocate to another country when there’s a great chance you’ll be treated like dirt? The answer mostly remains why not? Most people see anything outside Nigeria as a better option. 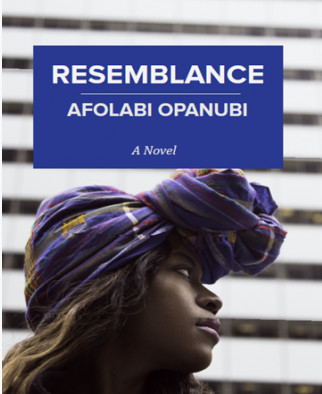 Some people are lucky to be born abroad; they can return whenever they want. Others win visa lotteries, and some get jobs which allow them leave the motherland. This last scenario was the case for Doctor Adebiyi Bamidele and his family who migrate to Canada in search of better opportunities. But as many people know, Canada is not all champagne and roses.

As years fly past, Adebiyi realizes how difficult it is to get back into medical practice. His wife grows restless, dissatisfied with her seemingly tepid life, and his children find career paths—photography and broadcasting—which Adebiyi thinks will not help them make enough money to rise above the second class citizen label.

Afolabi Opanubi’s Resemblance, told at first from Abosede’s (Adebiyi’s daughter) point of view, explores the vibrant Canadian art, photography, and fashion industry. I love that her life as a blossoming photographer is painted in such a colorful manner.

We soon head down to Nigeria with Abosede, her brother, and father, Adebiyi, who has had a lapse in his memory and can’t quite remember his family.  The reason for his forgetfulness? He sustained a head injury in prison after he was jailed for murder.

Through the family’s eyes we board a time train through Lagos and Port-Harcourt and watch these places evolve over the years. It gave me a nostalgic feeling, this recounting of the past, because I grew up in both cities and had to leave and return several times over the years.

Afolabi Opanubi is skilled in the art of immersion—something I’ve tagged as the ability to dunk readers in a story so they live through the characters. There is no pretense in the author’s words; no flouncy long descriptions that come out sounding lifeless instead of poetic. Writing that way is an art not everyone can pull off convincingly.

In Opanubi’s Resemblance the concept of home is explored in varying degrees. For some, home is where the dough is, every other thing is secondary. Others see home as where there’s acceptance, a community of like-minded individuals, and a feeling of belonging. For some, there is no home. Finding home is a something they never bother with.

The Bamideles paint an intense picture of parenthood, the immigrant experience, and the journey to self-realization. Want to find out more about them? Buy a copy of Resemblance  at OkadaBooks. Wouldn’t you like the sauce on the murder and whether Adebiyi regained his memory?

Sign-up with this link http://bit.ly/FreeOkadaCredit and get N150 free credit.