James Bekenawei: When Humour is Simply Inappropriate & In Bad Taste 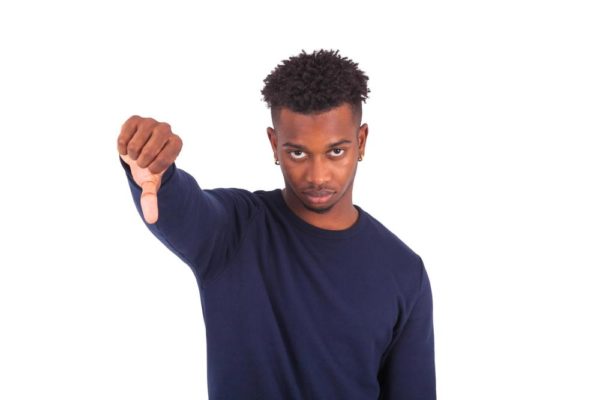 Tragedy provides a weird bond. Most times, when something bad happens, people are pulled together; as we mourn, we look and realize we need each other. This often makes me question why we have to wait for something terrible to happen to stick together. Is sorrow the only glue that can bind us?

There is a lot of love flowing in the Nigerian cyberspace. Thanks to a Nigerian doctor who committed suicide by jumping into the Lagoon off the Third Mainland Bridge in Lagos. This tragic incident has pulled Nigerians together and there are lots of digital ears making themselves available, pleading with whoever is troubled and depressed to speak out.

Depression is one of the primary causes of suicide. We do not know yet if that is what led to his death, but Nigerians by nature have started spinning tasteless jokes about how resilient we are, and about how cowardish and selfish it is for anyone to commit suicide.

Helen Oyeyemi once spoke about her struggle with clinical depression as a teenager. One statement struck me: “Because people don’t get depressed in Nigeria. They were like, cheer up, get on with it.” That same dismissal is still evident in many things concerning Nigeria and people make blanketed statements like, ‘Nigerians don’t commit suicide, we are too resilient to.’
Shebi once upon a time, Nigerians did not do suicide bombing like those Arabs? But that premise has been proven to be misguided. Suicide bombing is gaining traction, thanks to Boko Haram. Like a seed planted in a virgin forest, it continues to flourish, and the longer we share jokes and funny memes, claiming the culprits are either foreigners or uneducated northerners, the more room for expansion we give them.

Though there is a room for satire — a literary device I employ a lot — there is also a need for blunt editorials and articles, calling out the bullsh*t around us for what it is.

Okonkwo in Chinua Achebe’s Things Fall Apart asked, “If a man comes into my hut and defecates on the floor, what do I do? Do I shut my eyes? No! I take a stick and break his head.”

By joking about these things we should not joke about, we are doing the opposite. Folding our hands, not running until the fire on the mountain gets to where we are and wipe us all out.
“No, Mental illness is no joke. It’s real, it’s serious, and the least we can do is treat it —and those who live with it — with respect. Or is that too much to ask?” Dr. Ayomide tweeted.
Nollywood holds the buck of the blame to a large existent. As almost every time, the evil character runs mad at the end of the movie.
Hence re-entrenching in the subconscious of Nigerians that the ill wind only affects those who do evil.

Few years ago, Basketmouth was called out for sharing a joke which condoned rape. After lots of backlash on and off Social Media, he apologized, but some people felt he shouldn’t have. Those offended by his joke were regarded as humourless and oversensitive, because a joke is just a joke and nothing more.
However, does a joke ever becomes too expensive?

The recent Big Brother Nigeria episode between Kemen and Tboss provide another opportunity for enlightenment on the importance of sexual consent. But still, people shared jokes about it. Dismissing Kemen’s action or castigating Tboss for sleeping on the same bed with a man capable of getting an erect penis. Some went further to call out BBN for their double standard since the show, according to them promotes promiscuity and immorality. While that is a debate for another day, the manner Nigerians handled the issue could have been better.

Another case study is the recent sojourn of President Muhammadu Buhari in London. Jokes of him being dead flew around. People shared memes and our elite government officials did little to help by refusing to provide credible information to Nigerians about the President’s health. Dino Malaye’s certificate saga was another reason to be amused, and Nigerians latched on it with glee. What irks me is that most times, these jokes often serve as a distraction from the main issue.
Instead of tackling the problem, we laugh about a side attraction and then move on to the next source of amusement.
While writing this article, I scouted for concrete data on the statistics of Nigerians suffering from mental health, suicide rates, number of hours of electricity supplied by DISCO, and I couldn’t find anything useful. This is another indictment on how far we have failed. How less concerned we are about collation of data that will enable us enact well-informed policies, but instead we would rather joke about it, shame those who dare to ask questions, and slam them as I.T.K.(I Too Know)

Nigerians were once labeled the happiest people on Earth. This was met with shock and as usual we joked about the irony of being happy despite living in a mess. But could our happiness be attributed to playing the ostrich? Burying our heads in the mud and pretending the problem was never there? Or because we choose to laugh at our reality?

Nigeria is experiencing a steady decline in so many areas, and as we try to see the silver lining, (we can’t see the light at the end of the tunnel because we all know there is no light, thanks to PHCN abi NEPA) we should also learn to say bitter leaf soup is bitter even though we enjoy it with fufu.

Learning to evaluate situations critically and keeping jokes aside might just be a huge baby step we can take to making our country achieve the potential it is capable of attaining.

Awesome Treasures with Jumoke Adenowo: Can a Woman Have it All?

Bekenawei James Robert loves to tell pictures, snap stories, and to question answers. He can be found on Instagram and Twitter as @bekexjj , and on Medium.com @x43writes He blogs at https://4unansweredprayers.wordpress.com/