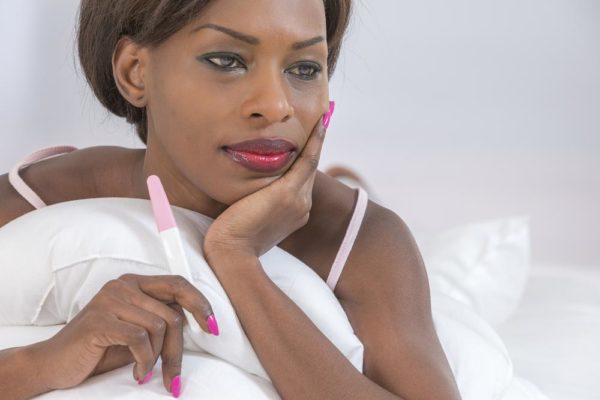 A woman just wants what she wants.

That phrase in an article my partner, Kemi, wrote recently struck a deep chord with me. It was about the conundrum of secondary infertility, and how women who have already had a child but are TTC for another, are considered ungrateful.

For some moms dealing with secondary infertility, quite a few might own up to the fact that they sometimes feel ashamed or selfish to declare that they are TTC for a second baby. A shame they have absolutely no business feeling. Even if you are trying for a third child or fourth child, there should be no shame in it. Of course, it is understandable why women trying for just the one child might not understand the struggles a woman who already has a child (or perhaps even more than 1), might be feeling. But the truth is, the longing for a child is just as deep for any woman in whose heart the desire has been planted, regardless of how many she may, or may not, have.

This is why we rejoice over all success stories, and why the one I will be sharing with you today has filled my heart with so much joy!
Mrs P. is a dear friend of mine, and after reading some of the comments in Kemi’s article, I asked for permission to share her story. And she was kind enough to oblige…

All I wanted to do was lie on the ground, amidst all those adorable baby clothes and booties…and just cry. That was when I realized that we needed to do something more than just ‘keep on trying’. We hadn’t used any form of birth control in over 2 years, and I knew it was time to take things more seriously.

And so began our journey. I was diagnosed with unexplained secondary infertility. The simple translation being that they had no idea why we couldn’t have another child. I always felt guilty for being so heartbroken and devastated about it. There were many people close to me that were still TTC for baby number 1, some of whom had been married longer than I had. As much as I sympathized with what they were going through, it didn’t diminish my own desire either.

But logic doesn’t really help when you are dealing with pain and hurt. All I knew was that I wanted a sibling for my son, more than anything in the world! Having been pregnant before, I knew the joys that came with it, the life changing feeling of giving birth and holding my newborn baby in my arms. I knew it, and I wanted it again so badly. And as my friends, some of whom had been pregnant at the same time as me, had 2 and 3 more kids after that, I found myself feeling resentful, angry and saddened that, even if I did get pregnant, our kids wouldn’t be close in age anymore.

We decided to try fertility treatments. I was placed on medication to increase the number of eggs I produced each cycle. The logic was that this would improve our chances, but the reality was that it barely did. We opted for Intra Uterine Insemination (IUI), and my husband’s sperm was ‘washed’ and optimally selected, so that only the best swimmers made it through. No luck. With further cycles, my medication was increased, and injectables were even introduced. No way. The most eggs I produced were 4, and even with those…nothing!

So, my husband and I decided to move on to the more aggressive In-Vitro Fertilization (IVF). I never thought we would ever consider doing IVF, but after 3 failed attempts at IUI, I was ready to try anything…or so I thought.

The day we got the information pack from our clinic, with the list of drugs (injections), steps and processes of the IVF treatment cycle, I just balked! I stared at it for probably hours. And then I heard God’s voice, almost as audibly as if He whispered directly into my ear. I looked at that package and knew it wasn’t for us. It wasn’t the right choice for our family. And having made that decision, I was filled with immense, overwhelming peace.

After speaking with my husband, we decided that we were going to pass on it. No IVF for us. We decided to try just one one more round of IUI, and that would be it. No more. I was 37 years old, and quite frankly tired of the roller coaster.

The funny thing is that we didn’t have any back up plans. We had no Plan B if that 4th IUI cycle didn’t work. But the funny thing is that I wasn’t worried at all. I was actually hopeful and completely at peace. I knew that if God had cared enough about me to tell me that IVF wasn’t the best choice for me, than I didn’t need to worry. He had this. I kept on saying to myself, over and over again, ‘My God is big enough!’ I knew that God was bigger than anything standing in the way of me getting pregnant. Knowing He was in control of this situation gave me all the hope and assurance I needed. So, it didn’t matter that we didn’t have a back-up plan after our last try.

The legendary 2-week wait that followed – whereas in the past I would typically be a nervous wreck waiting for when I could test – was different this time. I didn’t take any time off work, and instead went about my normal life, as a working mother running a busy household. For the first time, I also opted not to take any home pregnancy tests, and instead went to the hospital to get it done. God being so merciful, the wait was short. There was no long, drawn out suspense. About 30 minutes after I tested, I was confirmed pregnant.

God had done it!

Even though there were a few minor scares along the way, we had another beautiful baby boy…almost 7 years after our first. We call him our miracle baby!

As grateful as we were for this blessing, I must confess sometimes feeling some ache and regret. I felt saddened that my kids would always be 7 years apart, and that my older son would never have a sibling close in age to play with and bond with…unless until when they are older. I knew it sounded silly and selfish to some, but I just hurt that he had missed out on this. But we remained grateful for our blessing, and I closed the chapter on reproduction.

But God had other plans.

I have no idea when or how it happened, but less than a year after the birth of our miracle baby, I found out I was pregnant again. With blood pressure issues that came up after the birth of my second son, my body wasn’t in the healthiest of places in general, least of all for a surprise pregnancy. I still smile anytime I say/write it. Surprise pregnancy! Me! After having struggled with pills, and injections, and foreign objects going into my body parts, I was now the one getting pregnant by surprise. It was unbelievable.

In January 2017, we welcomed another beautiful baby boy into our family. It is still sometimes surreal to me. Sometimes, I look at my surprise baby, and I feel like pinching myself. I feel like am living the dream. Only a few years ago, I was praying for a sibling for my first son…and today, he has two! How great is our God!

I hope that I have been able to encourage other moms like me…trying to give their child (or children) a sibling or two. Just do your best…and trust God!

This story always makes my heart smile, and I am using it as a point of contact for some of our dear community members also trying for siblings for their kids, and also for those trying for their first. The dreams of each and every TTC woman remain valid, and I pray that all your heart’s desires are met!