The Fertile Chick: Why Are IVF Cycles Failing? 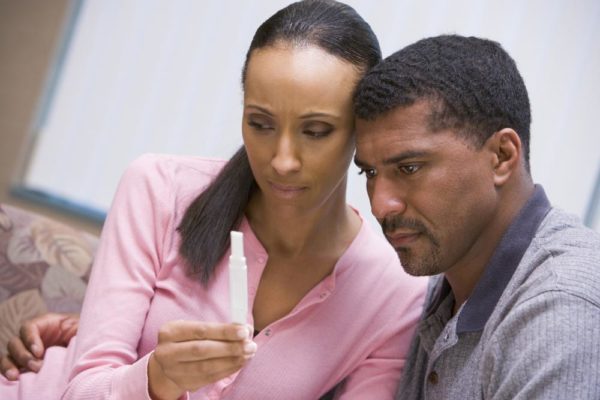 It didn’t help that in the online community I was a member of at the time, the success rate appeared so high, it was pretty much 1 out 2. It was almost a given that, the minute you signed up for IVF, you would be announcing your pregnancy in the not-too-distant future. Yes, there were the few it didn’t work for, but it seemed like almost everyone was successful. I guess this is why I wasn’t prepared for failure.
From the minute I signed the dotted lines at the clinic, even before I started my injections, I had already calculated my due date. My triplets were to be born in July 2011, and I had mentally started planning my life around that monumental event. So when that cycle failed, I was gutted! Devastated. I couldn’t believe it! I felt like the outlier, and was almost too ashamed to tell my fertile myrtle online cycle buddies that I had failed. Thankfully, I did share it with them…and that was when I realized that, contrary to my earlier opinion, there were a lot of others like me who hadn’t been successful. They had just kept quiet about it.

After my failed cycle review with the clinic, I left feeling underwhelmed and extremely disappointed. Rather than conduct a proper root cause analysis, the doctor’s attitude was pretty much one of  “Well, we did everything we could!”.

Disenchanted, I returned to my original Ob/Gyn for my next IVF cycle, and he was the one who opened my eyes to a few things. He asked me about the quality of my embryos, and I told him that they were perfect, but started dropping in quality after day-4, and by day-5, the day of the embryo transfer, instead of them being blastocysts as they should have been, the majority of them were still morulas (what they are on day-4). What he went on to tell me blew my mind. Because I had opted for a blastocyst transfer (a transfer 5 days after the embryos are fertilized), after day-3, the medium in which they were stored had to be changed. However, at that time (2010), the majority of Nigerian IVF clinics didn’t have the right technology to take embryos to blastocyst stage. This meant that, in a lot of cases, the quality of the embryos would be compromised. Which is what happened to me. His own policy was (and still is) to get the embryos back into the uterus a.s.a.p., as that is where he felt (feels) they thrive best…their natural habitat. So, even though everything I read online was all about how blastocyst transfers yielded higher success rates, I trusted him, and went along with his preferred day-2 transfer…and I have my girls today.

But it left me wondering…why did my former clinic purport to have the facilities to take embryos to blastocyst stage, when clearly, they didn’t? Was making that extra N100k worth the deceit? Would my cycle have failed if I’d had an earlier transfer? How many other women were falling into the same trap as I had? How many other clinics were doing the same thing?

As the years went along, and as more women became open about going through the process, I was able to see, first hand, how low our success rates are in Nigeria. In 2010, the international odds were that 1 in 3 or 4 women would conceive from an IVF cycle. But from what I see today, it is almost like 1 in 6 or 8! While it is true that, even for the best of embryos, implantation is not guaranteed, and that there will always be natural factors that could prevent a cycle from succeeding, still…the rates are still abysmal.

And I have my opinion why.

A lot of clinics have become compromised, and have put economics way, way before the welfare of their patients. Instead of getting better, we appear to be getting worse. In 2009, my colleague at the time started an IVF cycle with one of the oldest IVF clinics in the country. As she approached her egg collection date, the cycle was cancelled, as she only had about 2 or 3 follicles. The doctor advised that it would be a waste of time and money continuing, as they would only get, at best, an egg or two. She was gravely disappointed, but went along with it. Luckily, she responded better with subsequent cycles.

On the converse, I have a friend who recently cycled in Abuja. Even though she wasn’t responding properly, her doctors continued with the cycle. They got only 2 eggs from her, just 1 fertilized, and that single 1 was transferred. She hadn’t done much reading or research beforehand, so she was satisfied with this. Unfortunately, the cycle failed. She only told me about what happened afterwards, and I was so furious with her clinic. They knew she wasn’t responding well, but yet went ahead anyway, knowing fully well that the cycle was very likely to fail…leaving her almost N2 million in the hole.

Someone else I know, during her review meeting after a failed cycle, was informed that she had bald patches in her uterus, which had affected implantation. Apart from the fact that it was the first time either of us was hearing of such a thing. It left me wondering why they left this very important piece of information for after the cycle, instead of sharing it with her beforehand. After all, it was during the pre-treatment screening they had identified these so-called patches. But no, they allowed her continue, and after spending over N1 million, they were telling her about patches! Now, they are harassing her again, to come and spend another N1 million plus, on the frozen transfer of her embryos. Can you imagine that?

A member of our community had a failed cycle, and I was appalled to find out that not one single test had been carried out beforehand, to check her ovarian function. The doctors had no idea of what kind of egg quality she had, what her ovarian reserve was, nothing! Instead, they just put her on a protocol and sent her on her merry way. Whereas, the norm is for these factors to be confirmed, in order for the clinic to know what the best course of treatment is, and even if one should consider donor eggs to begin with. It is cruel not to check these things, but yet allow couples waste hard-earned money on cycles that will go nowhere!

And then we have the group of clinics I like to call ‘wayo clinics’. Always on one promo or the other! They offer rock bottom prices, that send people there in their droves. One of such clinics has an ongoing promo, with the cost for IVF literally half what it is in most other places. Like bees to a honeypot, couples hoping to save money are lured there and, 9 out of 10 times, have nothing to show for it at the end of the day. I went to check out one of these clinics in Ikeja last year, and I kid you not when I say I got there, and there was blackout in the place. As in, no light! It was when we were there that the receptionist sluggishly went to switch on what sounded like a small petrol generator, 5KVA at best! This is a hospital that is supposed to be storing embryos! Tomorrow, they will be telling the women “We did the best we could”, whereas the embryos never stood a chance from the beginning! Like I was telling someone I know, no matter how cheap these promos are, it’s still a lot of money to throw away.

Thankfully, all is not lost, and there are quite a few clinics that hold themselves to the highest ethical standards, in addition to keeping themselves always abreast of advancements in technology. My partner and I visited one of these clinics in Lekki Phase 1, and we were blown away when we were given a tour of the facility. Their embryology unit can stand side-by-side with the best of the world. Another clinic in Dolphin Estate has also kept itself up to date, and has maintained the best of standards. And the same also goes for a few others.

The only way out of this conundrum is for us to remain educated. If you are considering IVF, or assisted reproduction in general, read, read, read! You have to keep yourself informed about everything you are doing, about possible outcomes, about what you can or can’t do, about everything! It’s unfortunate choosing to stay ignorant, never mind the fortune you are already paying. Ignorance, especially in this case, is way too expensive, and should not even be a consideration.

To the ladies about to start IVF cycles, please, ask questions. No question is a dumb one. Educate yourself. And to the ladies with a few failed cycles under their belts, my heart goes out to you. Before you commence another cycle, be sure that your clinic runs all the tests they should, to check for ovarian function and uterine condition. Ask your doctor if you need to take any meds to boost your egg quality. Even if you don’t, make sure you eat right and overhaul your lifestyle, as one can really never be too healthy.
Before you opt for a blastocyst transfer,  my sister, be sure the clinic has the capacity. It is sweet for them to collect the money, but not all of them can deliver.