These Are 10 Important Lessons Lagos Will Teach You 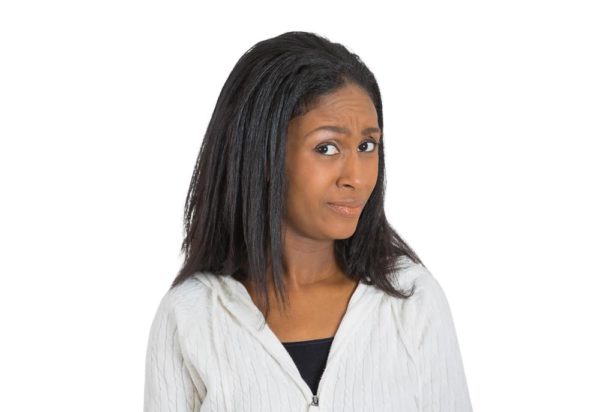 Lagos is the most popular city in Nigeria. It certainly has a reputation for a number of things, and being one of the most eye-opening places in the country is definitely one of them. A great number of people who live in Lagos have a love-hate relationship with this city. However, they all agree that the city has taught them some of the most important, valuable and beautiful lessons in life.

Here are 10 of the lessons you learn from living and working in Lagos.

Money can buy happiness
One of the greatest life lessons is that money does not buy happiness; but, Lagos goes a long way to disprove that lesson, showing that indeed money can actually buy you happiness.

Basic things like accommodation, food, water, and clothing are comforting, but they are only tenets for survival in the city. You cannot really be happy with these basics. To experience true happiness, you will actually need to live in a nice apartment where the drain is properly fixed and you are not constantly battling with roach infestation. You also want the opportunity to visit the plethora of restaurants, clubs and entertainment centre scattered around the city, and not always settle for Mama Iyabo whose food can even give you an infection. You want to drive a car rather than jump the Molue bus and Keke NAPEP e.t.c Being able to have all of these, requires a lot of money.
The standard of living in Lagos is higher than most cities in the country, and you can only be happy living in the city when you earn a certain amount of money.

Connections are key
While in other parts of the country, there is the chance that you can blindly send out your C.V and get some calls back. In Lagos, O.Y.O (on-your-own) is your case. Putting yourself out there is not enough, you need connections.

Even when your talent is outstanding, you hardly break into positions or get opportunities without knowing someone. Basically, it’s not what you know, but who you know. This is why savvy Lagosians are huge on events and gatherings; they understand the need to go to these gatherings, because they know that that’s where they will make the connections that matter later in the long run.

Sharing is not always be about caring
“Sharing is caring” is one of the most common catchphrases, but living in a city that is one of the most expensive in Nigeria, you learn a thing or two about budgeting. You realize that sharing is not always about caring, but also about being cost-effective. To save costs, you have to learn to carpool, share rent and utilities, share clothes, travel or party in groups, e.t.c. Essentially, you learn the valuable lesson of using collective power to cut down costs.

No one really gives a sh*t
Lagos life teaches you- usually in a painful way- that you are all you have; you are on you own in everything you do.

You may have loads of friends, colleagues that seem caring, and even devoted neighbors or church members, but when it comes down to the real deal, you find out you are on your own.. because no one cares.

They may say they do, but essentially they don’t. Instead, you find that people mostly only come to you when they believe they can get something from you or you can solve their problems. They will not hesitate to take you down or ridicule you to their own gain. At the end of the day, they are also all they have.

A lot of people have the “fake it till you make it” mentality and peer pressure is a real issue as well. The fact that Lagos is literally the hub for Nigerian celebrities makes it even worse.

Almost everyone wants to be a celebrity or belong to the upper crust of the Lagos social scene.

Fake accents, fake clothing, fake skin tone…fake lifestyle is the norm, so you have to sieve everyone you meet to know who they really are. Living in Lagos, you learn not to be impressed with how people appear, or what they tell you; most times, it is not always the complete or true story.

People are rude for a reason
“Lagosians are so rude!” You’ve probably heard a people say this. The truth is, living in Lagos, you get used to fast foods, faster commuting and all-around faster living. Lagosians can be a little too impatient with people who do not easily grasp the essence of efficiency and “speeding up the process”.

This impatience may come off as them being rude, mean or impolite. With the hustle and bustle as well, people get easily frustrated and as such barely courteous.

Living in Lagos, you come to realize that people do not just set out to be rude, so you learn to cut people some slack when they come off that way. Rather than go on the aggressive, you ignore or deflect.

Life is not straight-lined, but that’s okay
If you come to Lagos with a picture of what your life is and what it should look like given certain circumstances, you will be in for a rude shock.

There is no A-Z; and a pre-determined plan will not always work. You could have great music talents with the right connections in the city, but things happen and you find yourself becoming a music video producer.

You deviate from the A, B and C Plan, but things still work out. The good thing is that at the end of the day, you realize that while there are no set steps, everything usually turns out okay. Maybe not exact how you planned, but always okay.

There is no one-true-love. Falling in love multiple times is a thing
If you are one of the doe-eyed people who believe that everyone has their only one true love out there, living in Lagos for a few years will reform your thoughts.

The dating culture in Lagos, which largely consists of “ghosting” hardens you, and makes you more open to the idea of “many-true-loves”.

You learn to not take it personally when someone you thought you connected with doesn’t ever text or call back again with no explanation whatsoever. YAAou learn to accept the fact that the right person and the right opportunity WILL come along someday.

Ask questions when you need to
Some people pride themselves as loners: they find it hard to rely on others or ask questions where and when they need to. They struggle to do everything on their own, hoping to figure it all out.

Living in Lagos, however, you come to realize that you move faster by asking questions, by just being curious and being open-minded.

Aside from the fact that people generally like to feel needed, asking questions endears you to others; even better, making things generally easier for you.

You have to sell yourself to sell your company/product
Appearance is a big deal in Lagos. Everyone judges you on how you look. They want to either interact with you or avoid you… depending on how you dress and groom your hair.

While this may seem very shallow, it is kind of effective, as there is a correlation between how well a person keeps up their appearance and how they run a business.

You, therefore, learn that in order to sell your company or product, you will need to dress up nicely when you are going for meetings, speak nicely, and basically just put yourself together in the best way possible…at all times.

Akanna Okeke: When She Earns More

XPloreNollywood: How Do You Rate Your Cinema Experience in Lagos?