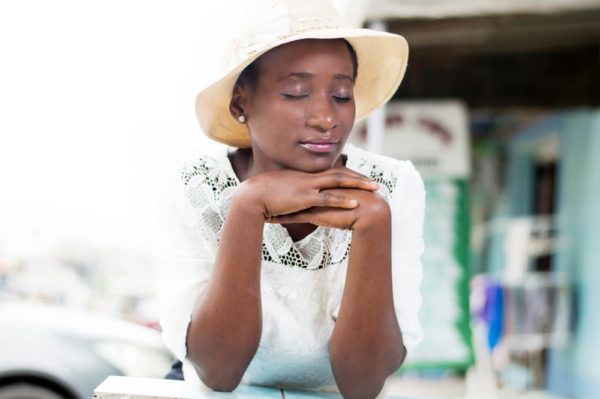 Enough! Mimi had reached the end of her rope. She was done playing the fool. She had given the last drop of her blood, the last piece of her soul to this ungrateful, undeserving bastard.

Kenneth had finally driven her over the edge. It had taken six years. Six years of being trapped in a loveless bondage of voluntary servitude. Six years of watching the man she had given her whole self to, parade his dalliances with cheap prostitutes blatantly before her. Six years in which she had been stripped of every last vestige of self esteem and pride.

Oh, but the day had come for Mimi’s redemption. Yes! Her new dawn was here. It had been a long time coming but at last, it had arrived.

Her plan was in place. Her perfectly scripted revenge was about to play out. What irony! The same woman who had sacrificed her whole life to make Kenneth the successful man that he was today would be the one to bring him to his knees.

The die was cast. He had fallen for the bait, predictably. His new girlfriend, Amara, was no stranger. That chance meeting at his favourite night club had been planned months in advance. Amara had come into Nigeria from her base in Switzerland just a few weeks before, at Mimi’s request.

Mimi’s secret friend, Amara, was a bombshell. She personified the term sex goddess. Men worshipped at her feet and she gladly walked all over them without a care. Mimi had met her on an online ladies’ forum and they had become really good friends. She was the reason Mimi was still sane. Her compassion and true friendship over the past couple of years had restored Mimi’s belief that there really were women out there who truly cared about their fellow women.

Amara had been a victim of a cheater herself a few years earlier. She had been left standing at the altar when her fiancé had failed to show up after a drunken one night stand at his Bachelor’s Eve party. Since then, she had become cold towards men and was completely on board with Mimi’s plan.

The keylogger device Mimi had installed on her husband’s laptop, when she had first hatched her plan, had delivered all the information she needed to access his multiple foreign domiciliary accounts. She had been stealthily monitoring all his financial transactions, carefully covering up her tracks using her superb IT skills.

Kenneth had underestimated his wife. Being a full time housewife with no kids or business to manage had turned her into a genius with the computer. She literally held the keys to his financial life and had been waiting for just the right moment to hit the kill button.

That moment was now. Her alibi was air-tight. Amara had succeeded in luring him away from the office today for a tryst, while he was still logged on. As soon as she got the go ahead, Mimi would access his computer via the cloned IP address she had created and quickly begin to make a series of wire transfers out of his accounts. When she was done, Amara would receive the signal and be free to kiss him goodbye and leave for Switzerland on the next available flight. Since Mimi had been the sweet, clueless, long suffering wife all these years, Kenneth would never in a million years think her capable of pulling off such a heist.

In a few seconds, all the transfers would be complete. She wasn’t taking a dime for herself. She was giving all the money to the various reputable charities supporting causes in Africa. At least, one good thing would come out of the whole sad mess. Kenneth would be on the list of the world’s most generous philanthropists.

She would hang on for a few more months, just to watch him suffer as she had done for six years. Then she would quietly serve him the divorce papers and relocate to begin a new life with her friend in Switzerland.

The Road Once Taken: The Harrowing Tale of a Nigerian Immigrant #LiterallyWhatsHot

Chisom Nwosu is a working mum and wife, who only recently rediscovered her teenage hobby of writing. She enjoys R&B music, loves a good laugh and is a true romantic at heart. A chocolate-lover and a sucker for class, Chisom aspires towards becoming a renowned Human Resources Management Consultant.