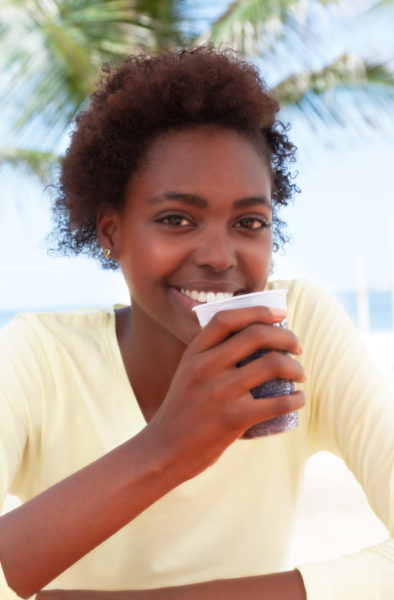 Following recent judgement on a 10-year-old court case that involved the failed exportation of soft drinks: Fanta, and Sprite, from Nigeria to the United Kingdom, there was a lot flurry in the news about soft drinks.

As has been widely reported in the media, the UK authorities seized the drinks from the exporter, Fijabi Holdings after testing them to find they did not meet the levels of safe consumption as per UK import guidelines.

Specifically, they had a higher level of Benzoic acid and sunset colour additives than is recommended for safe UK consumption.

There is a worthwhile legal opinion on this matter for those of you who like to look at the legal argument; however, the health and social aspects interest me more and this case opens the questions we must ask:

Is it now safe to consume soft drinks manufactured in Nigeria?
On 29th March 2017, the UK Independent newspaper carried an article in its Business news section, captioned: ‘Coca-Cola’s products Sprite and Fanta may be ‘poisonous’, rules Nigeria Court’.

The article focused on a component of the soft drinks which has been at the centre of the debate since the ruling in this case came out a few weeks ago – Benzoic acid and sunset additives.

Recall ‘The Lagos High Court ruled that high levels of benzoic acid and additives in Coca-Cola’s soft drinks could pose a health risk to consumers when mixed with ascorbic acid, commonly known as vitamin C.’
This led subsequently to a directive by the judge that Nigeria Bottling Company (NBC), makers of Coco-Cola; and the other soft drinks in Nigeria would have to place a warning label on the drinks to advice against their consumption with Vitamin C.

What is benzoic acid? Why do you need to have it in the soft drinks?
There is a great article that deals with the nature of Benzoic acid and I was very intrigued to see that in addition to petroleum / petrochemical products, you can find it in so many natural foods like – apples, honey, cranberry, cinnamon, and yoghurt.
Benzoic acid has also been used in medical bandages, petrochemical products and as a similar medicine to menthol used in steam inhalation to relieve colds/nasal congestion
Essentially benzoic acid and its derivatives are chemical compounds that have long been identified as preservative for manufactured food and drinks as they kill or prevent the growth of harmful bugs that can damage food products. This activity is satisfactory when the chemicals are used in small proportions – but can be harmful if taken in large proportions.

The essential point about these chemicals is that their activity therefore depends on the concentration used which will determine the effect it can have which speaks to our question on safety.

At a Codex Alimentarius Commission meeting in 2016 (This is a joint United Nations – WHO body that protects consumer health and promotes fair practice in food and produces CODEX the international guideline and standards for anything to do with food), the concentration for Benzoate in water based flavoured drinks (soft drinks to you and me) was reduced to 250mg/ml to protect the consumer. Hence the safe levels are at 250mg/ml and this is what we must hold manufacturers and our regulatory watchdogs to.

The Nigerian Federal Ministry of Health (FMOH) promptly issued a statement which offered to reassure Nigerians while providing details of the Codex guidance levels and other factors as to why the drinks while considered harmful for the United Kingdom, did not mean they were unsafe in Nigeria.

My answer to the question about safety? – only partly yes.
The contents of soft drinks have long been the contentious topic of debate. The potential harm of large quantities of Benzoate and possible transformation (as we see below) are not the only sources of harm. They contain dangerous amounts of sugar and hence can contribute to several other serious conditions including heart disease, stroke, and Diabetes.

Can soft drinks be consumed with Vitamin C?
This addresses two related issues – taking medicines with anything but water – which is referred to in the FMoH statement with the gentle encouragement to take medicines with nothing more than bottled water. This generally avoids any debate about the possible interactions between the medicine and the accompanying drink because the truth is – some drinks can interfere with the performance of medication if consumed together. The extent to which it can happen is variable, so it’s better avoided; and really would only recommend mixing drugs with things like honey or yoghurt or chocolate sauce if you are desperately struggling to get a child to take their medication.

In specific reference to Vitamin C and drinks containing benzoic acid, Linda Crampton’s article has some further insight. There have been studies in the US and Canada which have referenced this important question.
The essential point is – it is POSSIBLE that when you take a soft drink containing Benzoic acid like Fanta or Sprite with Vitamin C, the combination CAN lead to the formation of Benzene (the harmful carcinogen) – but other elements are needed for this to happen – specifically heat, ultraviolet light and metallic ions.
The assumption is that when taking the drink, you are highly unlikely to be exposed to ALL the elements at the same time.

The sensible conclusion to make then is that if the quantity of benzoate in the soft drink is low enough (to allow preservation but prevent harm), then it is less likely to be converted to Benzene and cause harm.
We have already considered the safe level in the first question ,but this will only minimise the risk. So, to be safe – my answer to this question on whether soft drinks can be consumed with Vitamin C is NO.

As to my final thoughts on this matter:
I worry that our regulatory agencies cannot effectively monitor the activities of manufacturing organisations to ensure that safe standards and guidelines are implemented for the consumer’s benefit. In this case, NAFDC is reported to have conducted a routine monitoring check on NBC in December 2016.

It is important to note that the court found NAFDAC liable stating: “…it is manifest that (NAFDAC) has been grossly irresponsible in its regulatory duties to the consumers of Fanta and Sprite…(they) have failed the citizens of this great nation by its certification as satisfactory for human consumption, products which in the United Kingdom failed sample test for human consumption and which become poisonous in the presence of Ascorbic acid….consumable products ought to be fit for human consumption irrespective of race, colour or creed. In spite of the fact that different countries have different limits for additives. The applicable limit for additives in Nigeria must be safe for human consumption when taken with other consumables then there must be a clear warning to consumers on the dangerous effect of taking the products with other consumables”.

NAFDAC has also been ordered to compel NBC to place a warning label advising against consumption of the drinks with Vitamin C.

This is presently under appeal – but such labelling is what should be expected in terms of consumer rights and protection that allows informed decision and awareness of risks so sadly lacking in our systems. There are other elements to the case including whether the items should have been exported in the first instance – but had they not, this story will not be told.

My interest here is simply to explore the evidence to help me and my readers decide what they will do in the context of soft drinks manufactured in Nigeria; and how regulators can hold manufacturers to higher standards of health and safety of products because it is fair and good for business.

BN Confession Box: I Got Employed With Fake CV, Now I’m At Risk Of Losing My Job

I’m Dr. Sylvia Kama-Kieghe, an experienced Family Medicine Physician with over 17 years of practice in United Kingdom and Nigeria, and hold fellowships with the Royal Society of Medicine and the Royal Society of Public Health. I provide practical health and wellness advice. Find me on https://www.askawayhealth.org/blog.