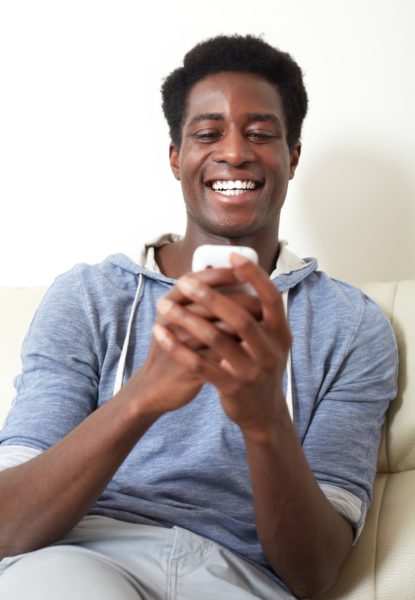 Social media has collected for itself, over time, a power that rivals any other. It has moved man to an epoch that we can properly tag the “age of hashtags”. It has redefined its own definitions and broken the bounds of its own boundaries. Social media has gone beyond social, it is now a market place, a political platform, a book-shop, a religious pulpit, an immoral cesspit: it has become, arguably, a little bit of everything, if not more. In this age, to live outside hashtags is not to trend, not to trend is to lack notability. To not be notable is, in extreme circumstances, not to exist, in cyberspaces at least – thank God!

It has become almost axiomatic in our own times to say that lives are lived on social media. Reputations have been made and lost on twitter, Facebook, Instagram. There, the cords of friendship and filial relationships have been made and bust too. This ‘break and make’ feature is due solely to the fact that social media has become un-dissociable from reality. Therefore, whatever one tweets or posts on social media platforms are used, always, as an indicator of reality – that is, of who one really is.

Whether this apparent inseparability between social media and physical reality is good or bad, is yet to be uncovered. At the same time, it is important to ask the question: “Who Am I”? Am I what I am in the full glare of public scrutiny or behind the anonymity of a screen and keyboard? We must know this however – The moments that define who we truly are, are created when no one is watching. And social media is wont to provide these defining moments. For myself, I am apt to think that we represent what we proclaim anonymously. I hold the view that, if one wants to know the budding idea of an age one will always find it on social media. Because culture and traditions may hinder the public expressions of certain views, but social media would not.

Some might be quick to add here that social media is the opposite of what I have espoused above, for it is, one might argue, a medium of fake representations of what people really are. But such commentaries only do well to emphasise the point that what we do when we think no one is watching defines who we are.
People are who they are because of the ideas they hold, and we know who people are because we know these ideas. To know someone then involves, necessarily, a letting down of walls housing an internal world of philosophies.

There is an obvious corollary to all I have written thus. Social media in its own way, is its own reality. Perhaps even more real than physical reality, in a certain sense. If I can only express my authentic views and ideas on the internet, especially on social media – without fear of a backlash from convention, then social media becomes somewhat a world of authentic reality. It is therefore far from surprising that many revolutions, good or bad, sprung from social media and spilled into the physical world. The Arab Spring of 2011 is a case in point.

Social media becomes were people often are their true selves, meeting others who are like them, achieving and sustaining a confidence in being who they are. And sometimes, this achieved confidence, good or bad, becomes manifest in our world of concrete experiences.

Therefore, you will not, most often, be mistaken if you were to judge an individual by a view they support or condemn on social media.

But social media is often looked upon with suspicion. The older generations, especially, were – and some are still – uneasy with the whole idea of a cyber-reality.
However, social media is not going anywhere soon. And right now, opinions are being formed and characters are being built there too. Therefore, it goes without saying that, to be able to adequately effect a conscious moral and social reconstruction or construction, one needs to be a major player in the world called social media. If you want your voice heard, you need to be where the people are; and people now live on social media.

The traditional media had these powers. But, there was a revolution – a digital revolution. Now, Social Media is the New Media. Social media has become a judge of character, and a chief formator of personalities. It has exceeded the town-square and the salons; the towns-crier and the radio; the newspaper and the television put together. It has become omnipotent.

Therefore, one cannot merely sit and proclaim that all is lost, that the generation is going down to cinders. One must engage with social media, for that is where the generation thrive in their most authentic form. One must go there and do battle with the caustic idealism of the generation and consolidate the choicest. For until we witness another revolution, the age will be won or lost on Social Media.

Reuben Abati: In Defence of Titilayo Momoh – the Lady Who Attempted Suicide in Lagos

BN Travel: Things to do in Thailand by Feyikoya Kamson

Henry Anumudu is a graduate of philosophy and an avid literature enthusiast. His work has been featured on platforms such as: the Kalahari Review, YNaija Blog, TNC, amongst others. He is currently the Communication and media relations officer for a media firm in Abuja. You can meet up with him on Instagram @henryanumudu