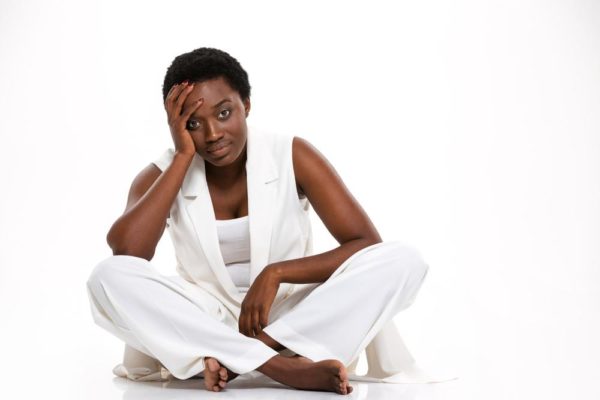 The most important fundamental right of every human is the right to life; this is because without life, you cannot claim other rights. We all know that a dead man cannot ask for the fulfillment of his rights to vote, to liberty, to practice his religion, to family life, express self, etc. This is why the lives of persons are sacrosanct, and no one has the right or power to take another person’s life, except it is carried out in accordance with the law i.e. when the punishment prescribed for a crime is death. Section 33 (1) of the Constitution of the Federal Republic of Nigeria, 1999, states that:

“Every person has a right to life, and no one shall be deprived intentionally of his life, save in execution of the sentence of a court in respect of a criminal offence of which he has been found guilty in Nigeria.”

Sometime this year, we all heard about the unfortunate story of the young doctor who took his life by jumping off the Third Mainland Bridge. Also last month a certain Mrs. Titilayo Momoh attempted to take her life, when she tried to jump off the same bridge. In the case of the doctor, he succeeded in committing suicide i.e. taking his own life, (I’m sorry what word should I use here?) She was stopped in the process and has since been charged to court for attempted suicide.

We now have to determine what pushes people to the point of making that life altering (scratch that) life-eliminating decision. What makes a person come to the point where they decide that life isn’t worth living and instead chooses to just end it all?

A lot of circumstances could cause that. Some people find themselves in serious debt and they have convinced themselves they cannot meet their debt obligation. Their debtors are on them, houses and property seized, livelihood turned upside down, and they believe they can never get back to the position they were before. Life seems so bleak and without any silver lining in sight, and they decide to end it.

There are those whose hearts got broken and they somehow believe that they can never find another love like the one who was lost. This means the prospect of moving forward on their own is bleak, then they decide to end it all (just like Romeo and Juliet).

Another sad example is that of kids being bullied at school.They get frustrated to the point where they decide to take their life. We are all too aware of the challenges of being a teenager and the difficulty associated with that phase of life. This is the stage where teenagers believe the opinion of their peers carries more weight than any adult’s opinion. So when they get teased, abused or exiled from their circle of friends, they believe the world is not worth living and in extreme cases decide to end it.

There are also those who have not been fortunate on the job hunt after they must have spent years pursuing a degree. They got rejected so many times, and coupled with the hardship of living in a cosmopolitan city where there is a demand on their purse, they begin to wonder if they should continue living.

The list goes on, depending on the individual and his or her threshold for enduring pain, rejection, change, abuse, as well as the person’s accessibility to help when they have reached their lowest point.

Another kind of suicide is the assisted suicide also known as euthanasia. This is where someone who is terminally or gravely ill elects to die after all medical intervention has proven unsuccessful. In this case a doctor administers lethal doses of some drugs to them, in order to stop their suffering forever or the doctor stops administering treatment (that is no longer working) to them so that they can die peacefully. This is after a series of evaluations have been carried out on the patient and it has been ascertained the person is in more pain being alive. This kind of suicide is legal in some countries like Canada, Switzerland, Belgium, the Netherlands and Luxemburg. I am of the view that euthanasia should be legalized in more countries, in order to avoid prolonging the suffering of this set of people and to relieve the family of emotional stress and expenses on the terminally ill patient.

Now one wonders why attempted suicide (obviously someone who has successfully committed suicide cannot answer to the law) is not legal. We have a right to life, why don’t we have a right to die if we so wish? Some people might say we all have a right to our life and should be allowed to do with it as we please. Why can’t people choose not to be in this world any longer, after all we all didn’t choose to come into the world in the first place? There has been a long-standing debate on this question, with people who are pro right to die and those against it. Some people believe that we do have a right over our own life and should be able to make that decision whether to take it or not, especially when one is dealing with a terminal illness.

In Nigeria and in so many other countries, the answer is no! You and I do not have the right to die. The State has a right to your life, literally, because the law prohibits attempted suicide, assisted suicide and even inducing or counseling someone to commit suicide. Also, many religions abhor suicide and regard it as a grave sin, with the belief that God gave life and should be the only one to decide how it ends.

What is interesting is that a person who attempts suicide has committed a misdemeanor, which attracts a one-year prison sentence upon conviction. On the other hand, someone who assists another or counsels another to commit suicide has committed a felony and is liable to life imprisonment. Well, I guess the law recognizes that anyone who attempts to commits suicide is troubled and should not be punished unduly for it. However, in my opinion Section 327 of the Criminal Code that criminalizes attempted suicide should be de-criminalized; a person who has attempted suicide ought not be punished, but must be assisted with counseling, which includes psychological evaluation; case in point is Mrs. Titilayo Momoh. This has been done in Angola, Botswana, Cameroon, Egypt, Eritrea, South Africa, Zambia, and Zimbabwe. These countries view suicide from a medical and compassionate angle rather than a religious angle.

A lot of us have gone through one life changing incident or the other, which might makes us question the essence of life; we might ask if life is worth living. Suicide might look like an inviting alternative to living. However, we must not forget the implications of suicide on the family and loved ones; a person who commits suicide leaves their loved ones with grief, heartbreak, unanswered questions, dreams unfulfilled and sometimes stigma on the family.

Every problem, challenge, heartbreak and pain is part of life, and will always pass. It’s never permanent, it is just a matter of time. That thing that seemed like it’s insurmountable, will be a blip along the circle of life.

All challenges make us stronger than we were before they came along. Life throws all kinds of stuff our way to help us find ways to overcome them. We also get to find out that there is always help, when we look around us.

I personally believe that every human being has been placed in our life, no matter how casual the encounter, to help us get to where we are destined to go in one way or the other. No one is without something to give – a smile, a wave, a compliment, a hug, a small conversation, making out time to hang out, making out time to listen, making out time to give a word of encouragement or advise, stretching your hand to help, giving your widows mite to someone in need, giving something substantial to turn someone’s life around- all of these actions make a huge difference. So let’s all make a conscious effort to make that difference in someone’s life today.

Have a blessed week and enjoy the rest of your day!

Love Your Wigs? Here Are 5 Ways to Ensure the Hair Beneath is Healthy