Moses Obroku: Daughters Are Not For Sale 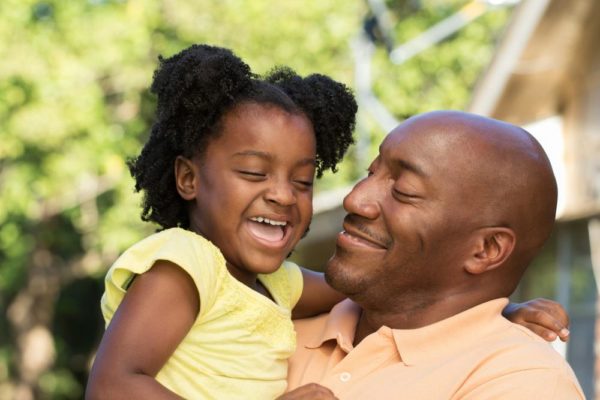 I love it when circumstances make me interact with everyday people. Whether such interaction is with the artisan who needs to fix something for me, or when I find myself in close proximity with people in commercial vehicles, markets or any other public place.  I reckon there is always something to be learned from just listening to people.

I was waiting for my key to be fixed at a locksmith’s close to a busy market when I witnessed a little drama recently. A lady and her two pretty young daughters alighted from their vehicle not far from where I sat. As the young ladies sashayed past me with that cockiness that only models would exude, it was the voice of another lady at a saloon nearby that forced me to look up from fiddling with my phone one more time.

‘Your money don ripe, your money don ripe’, she exclaimed excitedly in Pidgin English; addressing the mother of those two wannabe models ladies. ‘Look better dowry them’, she continued. In essence, ‘Your return on investment is ready, check out potential bride price yields’. The statements of that lady got me thinking. Do females of marriageable age evoke a longing  for ‘dividend’ or high bride prices in some parents, family members and other enthusiastic associates? Are there still people who eagerly wait for that time when some unfortunate suitors come to marry their daughters so they can slam them with heavy financial burden?

Marriage ceremonies vary from place to place. Some people have argued that certain ethnicities are known for making exorbitant marital requirements in Nigeria. But I am of the opinion such tendencies are usually dictated by an individual’s orientation and disposition. The demand for high-end marital rites is fueled by personal or family greed; and hardly an ethnic position.

Many times, a suitor is given a ‘list’ of items he is expected to present as bride price. That list usually comprises the regular traditional and a few unbelievable items. Food stuff, drinks, a variety of fabrics for clothes, boxes, and shoes for the bride-to-be as well as kitchen utensils, automobiles are some of the things that are surely going to turn up on that list. Then there is this payment to the bride’s mother’s group and that payment to the bride’s age-grade group.

Sometimes, the whole marriage negotiation process is fun and quite representative of our rich cultural heritage. Other times, it is an unfortunate booby trap from relatives standing by like predators trying to make a kill. Exactly at what point did marriage rites become a poverty alleviation scheme here?

It is no news that many young people have been frustrated by difficult wedding demands. At some point, even the bride gets infuriated, as she pleads with her folks for a reduction of such demands. Families have been heard to threaten to withhold their support for the upcoming wedding if they are prevented from making high demands on the suitor as they desire.

In some families, the more educated a lady is, the more bride price her folks insist on drawing on her. As such, the bride price drawn on a lady with a bachelor’s degree would not be similar to her counterpart with a Master degree.

A parochial society like ours where women have had to fight for recognition in most basic things; the conspiracy by family members to make a kill from their bride prices further complicates issues.

To be honest, daughters are not Picasso pieces of paintings that relatives could on a whim stick price tags on. Can we just have moderation in all we do? A few families have rightly insisted their daughter is not for sale; as such, they hardly collect any bride price. Rather, they merely accept a token to symbolically fulfill the traditional requirement. That kind of practice is surely worthy of emulation.

Fortunately, the education which some families use as a bargaining chip in drawing higher bride prices is also serving as a double edge sword. Most educated ladies are now getting more assertive in challenging age-long obnoxious assumptions. With time and a better value system, we shall begin to witness more marriages conducted at Registries alone. That is after shylock family members have made fulfilling traditional marital requirements impossible.

As for those two young ladies, I can only hope that they add to their beauty such assertiveness. I believe that will go a long way in helping them challenge the assumptions that they are mere bride price investments, waiting to be reaped.
9
Photo Credit: Dreamstime | Gary Cooper