So You Really Wanna Be Friends with a Nigerian Celebrity on Social Media? Try These Tips! 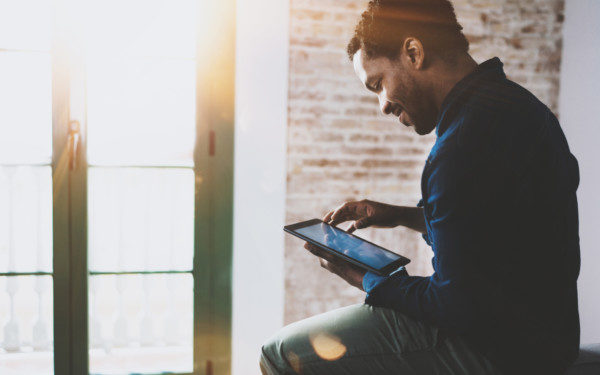 In life, we as humans face many struggles and grapple with so many feats to attain. Along the line, we nurture ambitions and craft visions that sometimes lead to us having certain obsessions and fantasies…a constant being the dream of befriending a celebrity.

Nigerians, generally, have an obsession with celebrities and the lime light. This is why you find quite a number, on social media, posting pictures (either authentic or photoshopped) of themselves posing with celebrities or following at least 5 well-known celebrities.

Besides the flair of being able to say that you have met and actually know a celebrity, the act of befriending one can be empowering for the ‘befriender’ as well. The idea that the celebrity thought you worthy of his/her attention… as well as the consequent increase in traffic to your own social media space – your photo is displayed in the celeb’s “friends” list, and you are exposed to thousands of others who now want to get to know you too -is enough to give your life new meaning.

Fortunately, while befriending a celebrity seems like a huge feat, it actually is very easy to achieve, especially on Instagram. Here are the 5 things you should do… Or MAYBE NOT!

Follow the Celebrity and Then ask them to Follow Back
Certainly, you have to make the first move. You are the one looking to befriend them, not the other way round. Usually, celebrities have multiple accounts linked to them. Check for the verification tick next to their Instagram name and then follow them. Once you have followed them, make a comment on their most recent pictures, asking or even telling them to follow back (considering you have just done them the favour of following them). Sure it may present you as desperate, but you want to keep your eyes on the prize. If after a few hours you notice they have been active on Instagram without following you back, slide into their DM to make another follow back request or call them out as snubs.

Make Obvious Comments on Their Post
The celebrity you are hoping to befriend has posted a picture of him/her wearing a white shorts… quickly make a comment saying something like: “Oh nice, you are wearing a white shirt.” The aim of your informative comment is to let him/her in on what they already know and can see for themselves already.  That way, they somehow realize that you both think on the same lines and are destined to be besties. In the case where you don’t know what to say, you can just repeat a comment that has already been made by two or three other followers that will not present you as boring; rather it will show that you are not afraid to speak your mind even when others have already spoken for you. Such tenacity is bound to endear you to the celebrity. They will want to know the everything they can about the 6th person who commented on how beautiful their white shirt looks and discuss it with their other friends. They won’t disregard it as one of the other boring comments people make on posts.

Use insensitive Humour and Witty insults to Ensure Your Comments Pop
These celebrities receive so many comments on each of their posts and chances are they hardly read them all or respond to them all. You have to ensure your comment is strong enough to spark an emotional reaction from the celebrity. Be negative and critical. Say something straight-up horrible or passive-aggressive enough to get the other commenters laughing at them or criticizing them. This will get their attention as they will want to know who started it all. Chances are they get to notice and even respond to your comment. It does not matter if their response to you is not flattering, the point is you have started a conversation with them…you have to start somewhere. It’s not trolling, it’s hustling. You are hustling for their attention.

Post Something about the Celebrity on Your Wall
You may also ask questions or making a request you know they’ll want to answer. For this to work, you have to tag the celebrity and possibly a number of media channels and/or gossips blogs/forums. The intention is to put them in a position where there are compelled into responding to you to avoid shame, or indignation from your followers, or even the society in general.

Once they respond to your question or request, they will certainly want to follow you and keep you in their circle, because…who does not want to befriend someone who puts them in uncomfortable positions or puts them unnecessarily on the spot.

Make Declarations of Sexual Interest on Their Page
What celebrity does not want to befriend a fan who thinks he/she is sexy…right? Befriending a celebrity is a bit like flirting, so you have to bring you’re A-game. Track them and know when they will possibly be online, that way you are sure they see the comment as soon as you post it. It doesn’t matter if they are showing some skin or not, leave a very graphic comment that fully expresses your feeling of lust for their body. You can even go a step further to DM pictures of your best body features to them, encouraging them to give you a chance. It will make them feel so special and wanted… they are bound to warm up to you, and you can kick it off from there. They won’t consider blocking you or doing anything a sane celebrity would do to dissuade a creepy follower.

Despite their good looks, expensive designer clothes and the crow of people following them around…celebrities, like regular people, have that void only real friends can fill. You can be that person they are looking for, and reap the benefits of being linked to a celebrity. Who knows? It could be your own stepping stone to fame!

Akpo Uyeh: 7 Factors to Consider Before You Attend a Lagos Event