Joshua Oyenigbehin: Being an Introvert in a World of Extroverts 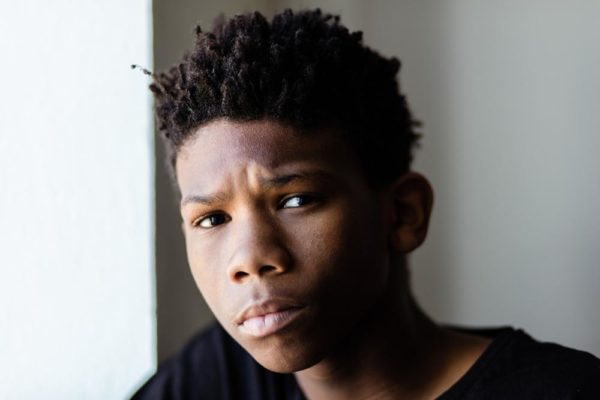 My childhood years were not enjoyable.

I remember thinking that I was being picked on by my parents for being different; they always complained that I had few friends… compared to my other siblings. They wanted me to socialise; to be out there. The pressure they placed on me made me think that I had psychological concerns; maybe I needed the intervention of therapists and even religious specialists. I felt I was too different to be normal. Then, I discovered that I am a very special kind of human – I am an introvert.

Introverts, like me, are often misconstrued; little is known about them, since they have succeeded in creating cocoons that assure them of solitude. These individuals have created a familiarity with their inner self, haven indulged themselves to be, not only self-conscious, but also self-immersed. This makes them buffered from the judgment of everybody else. Their personality has been tagged with all sorts of synonyms and adjectives such as: anti-social, asocial, shy, paranoid, snobbish and other derogatory words.

It has been observed that this human personality has been understudied and mythicised by a society where extroversion is socially accepted and acknowledged as a personality of conformity.

The lens of abnormality through which introversion is being viewed has created the impression of a disease that is undesirable; one that needs urgent cure. This is because most individuals, unfortunately, have not experienced the luxury of being pleased and satisfied with the innate and internal energy that is inherent within the human soul.

It is believed that introverts make up 25% of the world population. However, because of the uncommon nature of this trait, extroversion, which is the direct opposite of introversion, is seen as the ideal socially acknowledged personality trait, making introversion almost outlawed and undesirable. In our society today, it is normal and preferable to be an idiot with a sharp mouth – as long as you can talk without thinking, make ridiculous jokes in the midst of serious situations or events, and also have the flair for attending as many social events as possible without freaking out; showing off craze without hesitation.

Introversion is characterized by love for quietness and solitude. In the words of Susan Cain, an expert of introversion, “Solitude Matters, and for some people, it is the air they breathe” Introverts are known to be inward thinking. They are usually absorbed in their internal feelings and mood.

According to numerous personality theories, every individual has these two traits – introversion and extroversion. However, some humans tend to sway to one extreme. Unlike extroverts who are stimulated or emotionally charged by their interaction with social realities and people, introverts are internally charged and stimulated; they are worn out by being amidst people they are not familiar with. They enjoy the space they get in their own zone. They are quiet, reserved and thoughtful, most of them know what they are and what they want out of life.

This set of people are usually not bugged by what people think of them, neither are they concerned that they have a small group of people they can call friends. Introverts treasure their family members, and the long standing friendships that have been built over years of familiarity – especially with people who understand them. Unlike introverts, extroverts reach out to accumulate more friends through their obsessed interaction with new folks, sometimes foregoing the friends they have in hand.

Small talks seems to be one of those things that pisses introverts off. An introvert would slip away quietly when extroverts engage themselves in not too beneficial discussions – they hate and shun any form of useless talk. Nevertheless, they don’t hesitate to speak out when important matters are been discussed, especially matters that concern them. While extroverts are conversing without deep-seated thought, introverts would take their time in thinking through the matter before coming up with opinions that can be beneficial to the discussion. Introverts are very thoughtful and can be great listeners if you need them to be.

Introverts are many things but not necessarily shy. Introversion has been erroneously equated with shyness or social anxiety. Shyness, in it real sense, means the fear of negative judgment and adequately not synonymous with introversion. Although, shyness and introversion has been said to have strong links, some extroverted personalities have also be discovered to be shy.

Barbra Streisand, like many other extroverted celebrities, has grappled with chronic stage fright in time past. While famous folks like Bill Gate, Christina Aguilera, Pastor Sam Adeyemi, to name a few, have shown how introversion does not make a person liable to shyness. Do not, also, associate depression with introversion; extroverts suffer from depression too. Introverts are rather thoughtful and self-conscious, but not emotional unstable.

Introverts are not socially anxious, snobbish or arrogant – as most people presume; they not stupid, suicidal, awkward or mentally retarded. They are individuals who would rather prefer to stroll alone through the park, savouring the serenity of nature and exploring the complexities of their thought, than dancing on the floor of a club. Introverts are usually obsessed with a corner in their apartment where they can read a good book, write a profound poem or scribble down an emotional story.

They would rather sit for hours in their offices before their computers writing codes, working on a graphic project, painting and drawing, or listening to or writing a good song. This amplifies the fact that introverts are always in love with their hobbies. They are more productive when given the private space to work. Introverts are not merely wallflowers who go unnoticed at social events, some have proven to be show stoppers. You might be surprised that they are not as socially handicapped as you think.

Without a doubt, introverts can be better leaders and parents; they are sensitive and patient enough to listen to the opinion of their subordinates. They are thoughtful and strategic. Even though they are not very assertive, they can be very persuasive, if they have to be.

For any introvert to be successful, he/she needs to understand who he is and also seek out what drives his interest. All personality traits have its desirable and not too desirable makeups. Nevertheless, it is important that we understand, appreciate and respect people for who they are  – without any form of stigmatisation and approval of one trait over another.

The Nwando: For Depressed People & Those Who Love Them