The Nwando: For Depressed People & Those Who Love Them 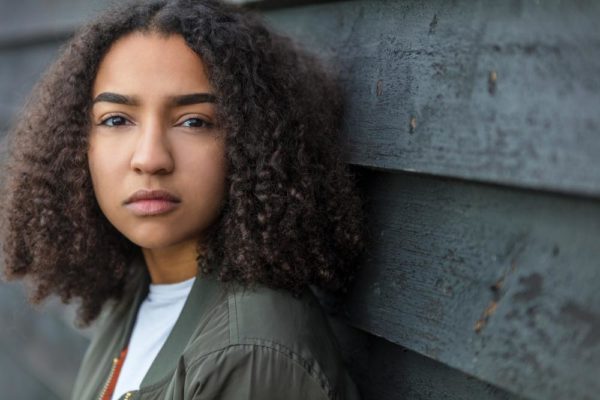 I’m currently listening to ‘One More Light‘ by Linkin Park and it saddens me to think about the death of Chester Charles Bennington. Death will always be sad, but suicide cuts deep.

Depression is not a suit; one does not look at a person and see them engulfed in the dark broody clouds that they reside under. Sometimes depression sets up residence in the successful family man, the little teenage girl with no real life obligations, the aged billionaire, the popular socialite that has everything going good for her, the cleaner at the park.

Depression is among one of the things that unites all human regardless of skin color or life story. Money can not buy it’s way out of depression and poverty does not make one exempt.

Depression is a state where one feels a constant and profound sense of hopelessness and despair. It is not a mood, neither is it the feeling one has after a long day. Once, I asked a depressed person what it felt like to be that way and this was the description – “Imagine a park that’s divided in two, on one side it’s sunny and chirpy, birds are in the air and the sound of laughter rings out as kids chase each other around and parent’s gaze at them in a love daze; on the other side of the park there’s very dark cloud, it never rains but it’s constantly dark, chilly and there’s a looming sound of thunder brewing. You try over and over again to cross over to the bright side but it’s just not possible, you physically can’t no matter how much you try. You try some more until the effort wears you out so you embrace the darkness and you become friends with the voices that lurk in the darkness and sooner or later  they become all you know and all that is familiar to you. They accept you just the way you are with no judgment or pressure so you accept them because with them, you can finally be yourself without fear or pretence.”

It is not a personal decision for anyone to wallow in misery and as such it’s futile to tell one to ‘snap’ out of depression and face reality. They want to snap out just as much as you want them to. Depression is not laziness, it is not refusal to face life’s challenges and one’s obligation, neither is it the weak person’s escape from responsibility.

To suffer any form of mental illness is surely a struggle. To suffer mental illness amidst a culture that views depression as laziness and anxiety, as not having enough religious faith, is just torture.

It is torture because a culture cannot make room for treatment for illnesses that are not even acknowledged to begin with.

In the past few months I’ve read stories of every day people in Nigeria that committed suicide, so at this point it’s safe to say that suicide is not just in the western world, it has found it’s way to Nigeria. It is not enough to just condemn it by saying ‘it is not our portion’.

According to the Nigeria’s penal code (Nigeria Penal Code, Chapter 27, Section 327), “Any person who attempts to kill himself is guilty of a misdemeanour, and is liable to imprisonment for one year.”

Depressed and suicidal people need help. It is deeply inhumane to prosecute one for a mental illness. Culture is defined as a way of life of a group of people and as such, culture is fluid. It is often changed when the way of life changes. As Nigerians, we need to be willing to unlearn what we think we know about depression being laziness or witchcraft and we need to re-learn that depressed people need help, we need to set up platforms to help; the ones that educate on mental health, suicide help lines, places depressed people can get help from without the fear of condemnation and now is the time to do this!

To anyone depressed reading this, you matter. It may seem like the end of the road for you, you may feel like the world will be a better place for you and your loved ones once you leave but how can that be? Stay and fight please. Stay and fight for yourself. You deserve to be whole and you deserve a chance at a happy life.

I know you don’t talk about what you go through to anyone because how could they possible understand what you can’t quite simply put in words, there’s the fear of the judgement but please understand that suicide is a permanent solution to a temporary problem. Trust in your inner strength and in your ability to pull through and fight until you see a better day and a better time. Find a way to channel your pain and despair. Do not romanticise suicide and death. Be real about your struggles, be open, seek the help you need. You, just as much as any one else deserves to be whole. Never give up on yourself.

To the families of people suffering from depression, don’t wait until it’s too late to wish you did more. Talk to them, be there for them, be patient with them and more than anything, listen to them. Listen to their cries for help. They are barely hanging on by a thread. It is not a taboo and it’s not something to whisper in shame. When you don’t understand what they say, listen some more, when they change and become a mere shadow of who they used to be, sit with them even in your discomfort. Be the ray of light, the hope they see in what is a dark world to them. Never give up on trying to save them from themselves.

This Dad and his 19-month Old Son’s Beatboxing Session is too Cute!

Joshua Oyenigbehin: Being an Introvert in a World of Extroverts