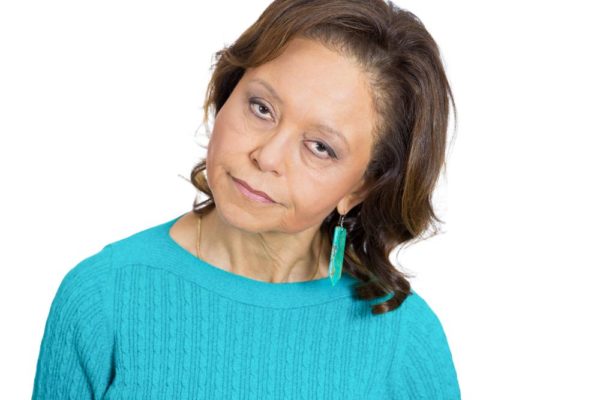 “If Celie were singing, she would be like Mamie, Bessie, and Ma Rainey, all of whom were abused. Those women were abused by men. (…) And then I think about how people took it for granted that your man would be this way. Of course you’ll be abused (…) and they got used to it. (…) People sing about this and then expect it in relationships.” – Alice Walker, “I Know What the Earth Says”.

We have institutionalised and normalised misogyny, and when you call out misogynists, they get “hurt”, and say you are misandrist.

Alice Walker’s Pulitzer Prize-winning novel “The Colour Purple” got many criticisms, and one of them was that she hated Black men. All she did was write a story revolving around Celie – a Black, poor, queer, female protagonist – in early 20th century Georgia, America. Writing about how women could be supportive of each other, without depending on men, is not anti-men.

Simply put, being pro-women is not anti-men.

Supporting women, loving women – sexually or non-sexually or both, does not mean hating men. These two are different things.

The sad truth is that we live in a society where a person’s privileges overshadows your human rights, and when you check that individual’s privileges, (s)he  construes it as prejudice.

It is distressing when a woman remembers we live in a society that has normalised misogyny. It crosses her mind that some people ignore her talents and personality, because they have appraised her based on a body part she did not choose.

To remedy this, some men and women decide to call out everyone – men and women – that enable this patriarchal system of society. How is this tantamount to hating men?

Misandry is “dislike of, contempt for, or ingrained prejudice against men.”

When men complain about female feminists being man-haters, I want to ask them how this feminism-induced misandry, as they put it, has hurt them in any way.

How often do men walk on the street and get cat-called based on feminism-induced misandry?

How often do men suffer abusive romantic relationships based on feminism-induced misandry?

How often do men lose opportunities to better themselves based on feminism-induced misandry?

Why do men decide to brew their pain, and suddenly realise they can spill it only when women start talking? Men internalise misandry when they refuse to speak up about the injustice they suffer because of this patriarchal system of society, which gives women privileges at their expense. Silence, in this context, is an act of self-loathe. Even men are misandrists. If you loved yourself, you would not protect a system that hurts you.

Here are four truths about misandry:

Calling out men is not misandry
The Average Hetero Male (AHEM) champions malevolent misogyny; ergo, he is scum. It is always funny when some men try so hard to repudiate this fact. What I tell them is this: “I did not ask average men to be average. They can do better and stop being bitter.” We call them out for wielding their privileges at our expense, and the next thing is to cry about misandry.

Misandry has nothing to do with feminism
If men-hating women were to be honest, they would admit their hate has nothing to do with gender equality. It is laughable when I see people who believe feminism is misandry. They could have channelled the energy they use in fighting feminism to read and educate their minds. “Wicked people never have time for reading. It’s one of the reasons for their wickedness” – Lemony Snicket, “The Penultimate Peril”. If they were smart, they would be feminists. All arguments for sexism do not make sense. It is like someone trying to justify racism.

Misandry is a reaction to misogyny
Hate incites hate. It is muy estupido to love someone or something that hates you. You can’t expect champagne from someone you keep offering pee, can you?

Misandry could be perpetuated by men
Asides internalised misandry, some men are biased towards other men, and we know this. They would not want to rent apartments to men or hire men to do jobs. They are mean to other men just because they are men.

To understand feminism, you should understand sexism. Sexism is prejudice, stereotyping, or discrimination based on sex. The moment you treat a person differently – positively or negatively – based on sex, it counts as sexism.

“Feminism is a movement to end sexism, sexist exploitation, and oppression.” – bell hooks, “Feminism Is For Everybody”.

P. S. You see, some men are so unfortunate! Then know what feminism is, o! Guurrrl! They know! But because they can’t let go of the fact that preeq does not make someone superior, it is na biting them. And I see these insects on social media dragging words with feminists uppandan. My friends actually have time to indulge them. Very nice women. Bless their hearts.

4 Things to Consider Before You Remarry