The Unvarnished: Girls Club... But Who's Speaking for the Boys? 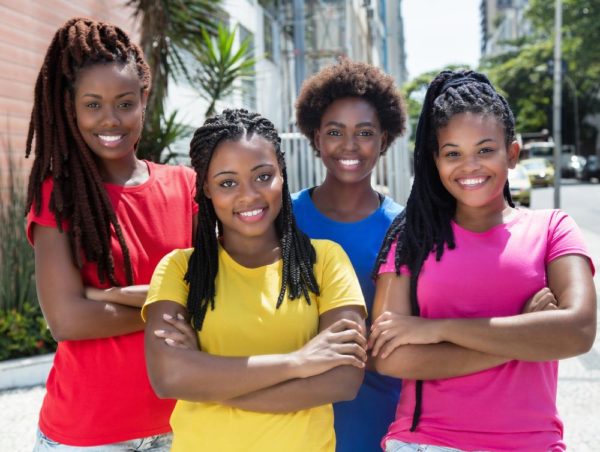 These inequalities are experienced differently. For example, in Nigeria, there is no inequality as to pay. Workers usually key into a structured payment scheme or are paid according to their negotiating power. But we still have rampant cases of child-brides and Female Genital Mutilation.

Conversely, these cases are very rare in the Unites States and Europe, but the women there earn less than their male counterparts – even with the same (or more) qualifications.

The female child in this century has enjoyed an unprecedented and gradually tailored advantage(s) that seeks to set her at par with the male child: unapologetic strides that are to negate the effects of the inequalities suffered through the ages. We think, and deservingly too, that the female child should have the same privileges and chances at development as her male counterparts. But should we be doing this at the cost of the stagnated development of the male child?

Let me be quick to state that I am well aware of the statistics; and beyond numbers, I bear my own scars of this misogyny. A lot has been done and more needs to be done to edge out the gaps in the disparity. I will not sniff at strides made since the laws were passed that recognized the rights of women to hold properties, vote, or have the right to the voice with which I speak today. There is no denying that the efforts of such organizations including ONE, OXFAM, or the Wadi Ben Hirki Foundation are hard won battles that have been fought over and over on many fronts. These are struggles I continue to show up for whenever the call is made. One thing you learn quickly with this cause is that sometimes you will still have to fight already won battles.

There are 130 million girls in the world who do not have access to education. If that were a country, it would be the tenth largest country in the world. That may seem like a lot of girls staying at home. Until you consider that there are 230 million children and youths out of school in the world. What about the boys? About 100 million of them, if we are right. Who speaks for them?

This might be an unpopular stance to take right now: advocating for the equal development and opportunities for the male child. Females are still being abused, prioritized over male children, given off in child marriages, subject to abominable cultural practices, and two fifths of them are never born due to preference for sons. But we are creating an epidemic. A gradual see-saw like effect of what it means when the equities are unequal just as they were several centuries ago.

It is may be quite telling that what we view as advancements for females may actually be a sort of negative inequality. The truth is that, the men of this age are becoming less equipped academically, emotionally and financially to partner with females in marriage, at the work place, and in leading the nation.

The equalities are only becoming set because men are gradually becoming as ill-equipped as women. Since a larger percentile of females still suffer major disadvantages in the world, the number of women helped does not negate the inequalities because we have gradually deprived the male folk of the same support and help system that has aided the female child. How do you teach something is good for both while depriving one of them of it?

In 45 developing countries in the world, there are more girls in school than boys. And if you think this is a ‘developing world” problem, girls are 58 per cent more likely to apply to the University than boys in the United Kingdom. Prime Minister, Theresa May, said just last year that “If you are a white, working class boy, you’re less likely than anybody else in Britain to go to University”.

Nowadays, to qualify for opportunities, you have to be have some sort of societally perceived disadvantage(s) set against you. You have to be female, a minority or from the MENA regions (Middle East and North Africa). Few programmes such as “Ashinaga” are unbiasedly targeted towards any deserving student. Hardly would you see a program that is focused strictly towards the male child.

Let me reiterate that there is still a lot of work to be done. According to the UHR report, 15 million girls of primary school age would never get the chance to go to school. Over 9 million, which is more than half of this figure, live in sub-Saharan Africa. Some of you have them as maids in your houses.

But it is a pyrrhic victory we offer if we continue to focus on the females alone. Let us ensure that we do not repeat the mistakes of the past by attempting to clap with one hand. Let us reconsider these kernels of acts that give without solving the larger problem. Let us start with us.